What the World Needs Now is Wisdom, Sweet Wisdom

What is wisdom? Boy, that sounds like the beginning of the most boring sermon you’ve ever heard, doesn’t it? I hope it is not! But we’ll see. However, writing a sermon in the COVID fog that I have been in, I had no idea what might come out of my brain! I can only hope that the Holy Spirit has fog lights. So, Sarah started a four-week series on Biblical wisdom literature with you last week. And I honestly have no idea how much introductory info she gave you on that topic so forgive me if I end up repeating something she already shared with you. It’s difficult for me to not give you any of it though because the books that we are reading from are not usually given much attention, and so to have this opportunity is very exciting for a Bible geek like myself! But I’ll try not to bore you with a bunch of textbook mumbo jumbo. Well, not too much anyway!

Biblical wisdom literature contains five books: Job and Psalms, each of which I’ve done a series on in the past, as well as the three books we will read selections from over these four weeks, Proverbs, Ecclesiastes, and Song of Songs. Of the three I’d say Proverbs gets the most attention, at least as far as personal study or devotion go, but none of them really get much attention in worship. And to be honest with you, seminary does not teach much on any of these books either. Unless they offered a class specifically on these, you’d be lucky to get one class session on any of them. Which is why I jumped at the chance to do this series with you! I’m always up to learn new things, but learning new things with you all is just icing on the cake!

As far as authorship goes, it’s the same old story. These books were probably not written by who we’ve been taught they were, in this case, King Solomon, David’s son. Oh, some of the content I’m sure, especially from Proverbs, was preserved from Solomon, but like most Bible books, they were written and compiled each by multiple authors. However, there is an interesting story that I found helpful that the ancient rabbis used to tell about these three books. They would say that Song of Songs was written by a young amorous Solomon, Proverbs was written by a much wiser middle-aged Solomon, and Ecclesiastes was written by a bitter old Solomon. Though their authorship was a bit off, I liked how they gave a tone to each of these books, to help us approach each differently, because I think you’ll see that they were mostly right. 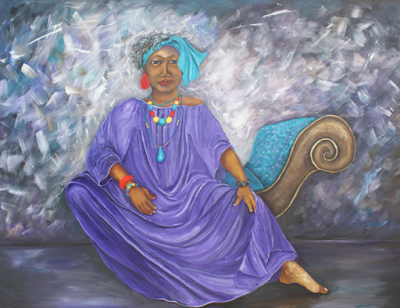 Proverbs often comes across like just a collection of wise sayings whose chapters sometimes follow a theme, and sometimes are just random one-offs thrown together. However, in this eighth chapter that I just read from, we get something a little different. It’s not a list of wise sayings. And it’s not a story either. What we get is a voice. A new character enters the scene, who has come to be known as Lady Wisdom. Sounds very Arthurian, doesn’t it? But there are no swords in stones here, this character is even bigger than that! You might be surprised, even a bit impressed, that they would make this character a woman. Before you give them too much credit, you should know that wisdom literature was directed at young men. And so, to attract them to these teachings, wisdom was often portrayed as an attractive woman.

Regardless of the intentions, today I think we can and should celebrate any powerful, loving, female voice that we can get our ears on, especially when it comes to scripture. We are thankfully not obligated to use a female voice the way the author or original readers did. So, as we take a look at this character, there are three questions that I’d like us to explore: What is wisdom? Who is wisdom? And why is she so important? Alright, what is wisdom? And again, my apologies if Sarah already went over this last week. How do we define wisdom? Ok, I hate when pastors do this but sometimes you just have to! The dictionary definition of the word wisdom is, “having experience, knowledge, and good judgment.” Now, far be it from me to disagree with the holy dictionary, so I’ll let Lady Wisdom do that.

Let’s talk about what wisdom is not. Wisdom is not a good education. Some of the wisest people I’ve known in my life didn’t have a high school diploma. Something I’ve heard often is, wisdom isn’t just about having book smarts but street smarts. However, I’m not so sure Lady Wisdom would agree with that either. I think she’d say it’s more than just street smarts too. It’s more than just having common sense. Here’s another one, wisdom doesn’t mean sinlessness or perfection. In fact, wisdom can often cause you to sin, like when you have to choose between the lesser of two evils. Wisdom also doesn’t mean playing it safe, because wisdom often causes us to take risks. And lastly, but this is by no means an exhaustive list, wisdom doesn’t guarantee a good life, particularly by society's standards.

So what is it!? Wisdom, in the biblical sense, is knowledge, combined with common sense, bound by love—whether that be love for yourself, for those around you, or for strangers—knowledge combined with common sense, bound by love. We’re gonna circle back to that. Let’s tackle the second question. Who is Wisdom? It’s hard to say but that hasn’t stopped scholars from trying. Some say she is the literary personification of a concept. Others say that she is one of the many voices or manifestations of God found throughout scripture. Some say she was Christ, others say she was the Holy Spirit, and others say she is God. I’ll let you decide, as any of those answers have merit. What I think will help us explore who she is though, is to focus on what she is doing in this passage.

A narrator begins the chapter by telling us that Wisdom cries out to us, signifying not only a yearning for a relationship with us, but also that she is the initiator of that relationship. The narrator goes on to say she does this from any place that we can hear, including by the city gates. Not a minor detail because who else is known for trying to get people’s attention at the city gates? Prophets and prostitutes—speaking to both the divine and alluring nature of Lady Wisdom. Then it quickly switches to first person and we hear her voice directly. After trying her hardest to convince us to listen to her because of how important she can be for us, she launches into a lecture on where she comes from, or should I say, when she comes from, from before the beginning of creation.

Everything we know, has been touched by, influenced by, co-created by her. Which brings us to our final question of the day, “Why is she so important?” Well, if the fact that she represents knowledge combined with common sense bound by love, and that all we know has been co-created by her, isn’t enough to seek and follow her, she gives us one more reason at the end. She says, “Those who find me find life…And those who hate me love death.” I typically don’t succumb to absolutes like that but I gotta be honest, it’s kind of refreshing to hear her be so black and white with us. Life, or death, you choose, there’s no in-between. And though life is surely full of gray, we also know that we’re faced with black and white, right and wrong decisions all the time.

And how we decide at each of those instances, is dependent upon whether we have sought and found Lady Wisdom and chosen to follow her, or not. Will we choose the way of knowledge combined with common sense and bound by love, the way of life, or the way of death? Look, I’m all about education, but education alone is not what will make this planet a better place to live in for future generations. And I’m all about good ol’ fashioned common sense, but common sense alone ain’t gonna do it either.

Theologian Craig Koester once said, “Doing God's work is what we do with the rest of our lives outside of church, and Wisdom literature is deeply invested in that.” And so we are called, from the city gates, to seek and follow Lady Wisdom, thereby becoming cocreators with her. Creating life, wherever we can, whenever we can, in a world filled with so many kinds of death—with our knowledge, combined with our common sense, bound by love—love for ourselves, love for those we surround ourselves with, and love for the stranger. Seek wisdom, my friends! Not just for your sake, but for the sake of the world, and generations to come. Thanks be to God. Amen.