The Resurrection of the Hickory Horned Devils

I like bugs. All kinds: spiders, caterpillars, bees; furry, slimy, fast or slow; you name it, if it’s creepy and crawly, I’ll be fascinated by it. I’ve been that way ever since I was a child and it never really went away. Not surprisingly, I’m also one of those “weirdos” who take bugs outside, even spiders, to release—rather than smashing them into a gooey mess.

I also love photography. It’s one of those things that I would love to be able to spend more time doing, maybe even take a class someday! So, as you can imagine, many of my favorite photos that I have taken over the years are of…you guessed it…bugs! So as I was rummaging through my photo collection trying to find one to use on my business card, I naturally chose one of my favorite bug photos… 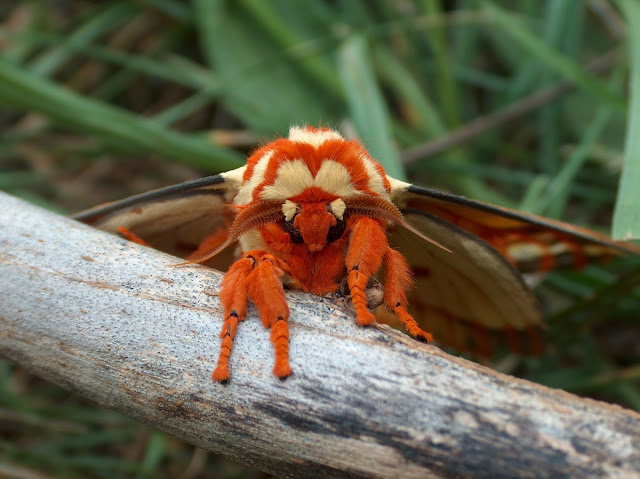 She’s called a Regal Moth. Citheronia regalis, for those of you even nerdier than I. I found her in my backyard in Chambersburg, PA. She was huge! Six inch wing span! And her coloring was just stunning. I have more pictures, but this one was my favorite, of her face, probably wondering what in the world I was doing.

Now you may not be able to appreciate her beauty like I do, and that’s ok, but if you saw her as a caterpillar, you’d never in a million years believe she’d turn into a Regal Moth, because she looked like this… 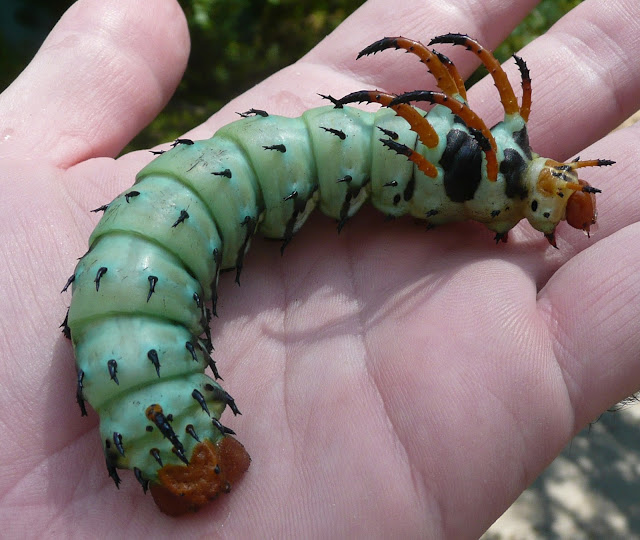 Scary, right? Even I would hesitate to touch her! As caterpillars, they are called Hickory Horned Devils. And rightly so! But this got me thinking, as pastors often do, of life, death, and resurrection. Sometimes we find new life in the most unexpected of places, through the unlikeliest of means. The Regal Moth is a reminder to us that resurrection can come from the most improbable, or scariest of places; even in a being with “devil” in her name!

As baptized children of God we would be wise to remember that we have this capacity to be both Hickory Horned Devils, and Regal Moths. That is to say, that though our horns may sprout from time to time, or minute to minute, we have a wondrous God who transforms us into beings altogether new—empowered to bring new life into a world filled with “horned devils”, in whose number we must count ourselves. 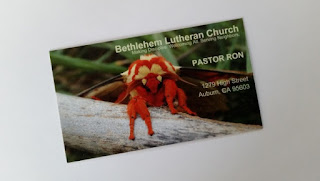 May we be given the boldness and courage to look for new life in the most unlikeliest, and sometimes the scariest places, people, or things—and be ready to be profoundly transformed.
Email ThisBlogThis!Share to TwitterShare to FacebookShare to Pinterest
Labels: bugs, crawly, creepy, death, devil, hickory, horned, jesus, life, moth, regal, resurrection, thoughts, transformed