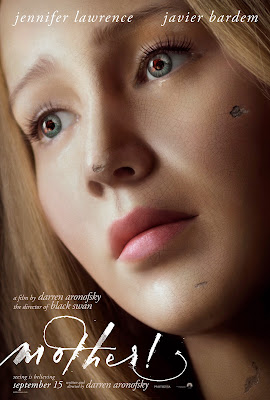 Have you ever watched a movie and have it go right over your head? Or, as soon as the credits start rolling you just think to yourself, “What in the world did I just watch?” I had that experience with the movie “mother!” It stars Jennifer Lawrence. Has anyone seen that? That’s ok, I don’t recommend it. Not that it’s a bad movie, in fact, I thought it was a great movie, that it was wonderfully acted and made. However, it was a very disturbing movie and when it was over, I was left wondering not only what I just watched but why did I just have to endure that? In a nutshell, for those of you who haven’t seen it, Jennifer Lawrence plays a mother who throughout the entire movie is harassed and assaulted, in every way imaginable, with no help from anyone including her husband.

After she and her baby both die a horrific death, she wakes up in her bedroom, looking different, but having to relive the whole experience once again in a never-ending cycle. Now, in spite of there being clues along the way, I had to look up what I had just watched, and apparently, the movie was about our exploitation and abuse of Mother Earth. Yeah, whoosh, right over my head! Without help, I don’t know how long that would have taken me to get, or I would have just given up thinking that was two hours I was never getting back. It was simply beyond my imagination. When I found out its real meaning, I wasn’t disappointed, I thought it was brilliant, and if it hadn’t been so disturbing, I would have watched it again with the new eyes and ears of my new understanding. 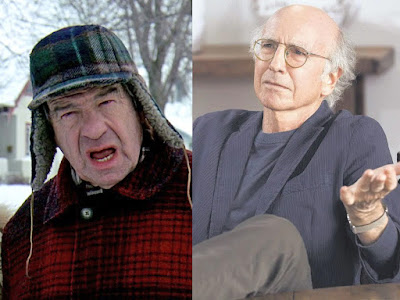 Our Bible reading for today is a third selection from the Bible’s wisdom literature, this one from Ecclesiastes. If Proverbs was written by a wiser middle-aged Solomon, then the ancient rabbis used to say that Ecclesiastes was written by an old bitter Solomon, long jaded by a long-lived life. Think Walter Matthau from Grumpy Old Men or Larry David from Curb Your Enthusiasm. This author was wise, sure, but just like in our youth, wisdom can easily come off the tracks in this author’s old age. Today we read two selections from Ecclesiastes, from chapters one and three, and they give us a good taste of what this short little book is about. Let’s just say, we don’t catch the author at their finest hour. If this was a friend of yours talking like this, your first question would be, “Are you ok? Let’s grab a coffee and chat.”

Clearly, they are not ok. Though we may not know who exactly wrote this, we can surmise that this was someone of great power and experience, someone who has seen the world and all that it has to offer, and is reflecting on what they have seen now that their life is almost over. The author has come to some conclusions, and they are not very positive ones! I want to pause here for just a minute and caution you from the urge to make everything ok for this writer. I think it’s in our nature to not only try and fix other people’s challenges or conclusions they’ve made, but also to try and explain it, make sense of it, make it fit into the nice, neat, safe little boxes that our minds have constructed. Especially when dealing with a Biblical author who is writing some disturbing things!

But this author, geez, it sounds as if they have lost something, doesn’t it? Was it hope? Faith? Their wisdom? It even sounds like they just don’t care anymore, about anything! The first words are, “Perfectly pointless, says the Teacher, perfectly pointless. Everything is pointless.” The Teacher, by the way, is who the book is named after. In Hebrew it’s not called Ecclesiastes but Koheleth, which can mean the teacher, or speaker, or even preacher. And you probably know that opening line as “Vanity of vanities! All is vanity.” Pointless is probably a better translation, but meaningless is even better than that. This poor writer has concluded that everything is meaningless. After all the hard work of life, the writer has noticed that nothing changes.

Life is just this endless cycle of repeated patterns, and no matter how much or how little someone does, it never changes. “There’s nothing new under the sun” the author says. Here’s the thing, I don’t think the underlying issue here is a loss of hope. Oh they may have lost that too but I don’t think that’s the core of the problem. Nor do I think it’s a loss of faith or wisdom. What’s been lost by this author is an imagination. Bear with me. Did you notice how black and white their observations were? Birth and death. Uprooting and planting. Crying and laughing. Mourning and dancing. That whole list is full of things that are on opposite ends of their spectrum, but the author is not seeing them as a spectrum, but as if that’s all there is to life. But we know there is so much in between, so much gray to life than that.

And I don’t know about you but I have shed tears of sadness and laughed at the same time! I have also inadvertently planted something while I was uprooting something else only to find out when that something sprouted. Likewise, I guarantee you that the parents of a wedding couple who are dancing at the reception are also mourning the loss of their once baby who is now going off to make a life of their own without them. And we who dwell on this side of the cross, we people of death and resurrection, we know that death and birth happen simultaneously all the time. But all these things aren’t so obvious are they? They aren’t always seen with the naked eye. But take some imagination in order to really see them, to see the grays of life. But oh the love and grace and richness you will see! 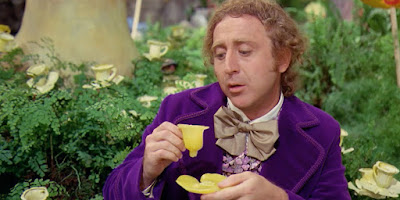 With just a little imagination, you will see what makes life worth living, generation after generation, even though not a whole lot really changes. Or in the words of Willy Wonka, “There is no life I know, to compare with pure imagination. Living there, you'll be free if you truly wish to be. If you want to view paradise, simply look around and view it. Anything you want to, do it. Want to change the world? There's nothing to it.” Now, I could have ended my sermon right there, but, speaking of changing the world, I think a lot of the world's problems are caused by a lack of imagination. For instance, it takes no imagination to see an unhoused person on the street and think they’re lazy. But it doesn’t take much to begin to ask questions like, I wonder how she got to that point in her life? What led to this?

It takes no imagination for a white person to see a black man and begin to feel some apprehension or fear, and maybe even assume he’s up to no good. But just a little bit of imagination could not only convince that white person that they have no reason to suspect anything, but may even get that person to begin to explore where those feelings and thoughts came from. It takes no imagination to ask a brown person where they come from. But with some imagination, you might think, I bet that person gets asked that all the time, even though they’re just as “American” as I am. And with one more dash of imagination, you might even ask yourself, “I wonder what that feels like, to be asked that all the time, in your own home country.”

Like watching a movie that goes over your head like a fighter jet, or in the case of this author, after watching so much of life and their world, and it still not making sense or seeming pointless, meaningless. Don’t despair. Sit with Koheleth for a bit. Take your time. But don’t stay there. Ask yourself how much of your imagination you are using. Is it even turned on? When something doesn’t make sense to me, that’s usually the case. But don’t just do it for your own benefit, but for the benefit of the world, as you see the world, and the people therein, with new eyes, the eyes of your God-given imagination, giving you the power to pass on the love, and grace, and richness of life, that have been opened up for you. Thanks be to God. Amen.