A Diaspora of the Heart

Ron Valadez · A Diaspora of the Heart

Today we begin a five-week series in First Peter. It’s a short little letter, and we are going to read nearly all of it over these five weeks. It’s a letter that doesn’t usually get a whole lot of attention, which is unfortunate because there’s a lot of good stuff here. However, there’s also some not-so-good stuff here. I mentioned that we’re reading nearly all of it. Well, the part that they have skipped includes that good ol’ gem, “Wives, submit to your husbands.” Feel free to boo that out loud. I did wonder for a moment why they didn’t include that section. I mean, it could have given pastors the opportunity to address it. But the more I thought about it, the more I agreed with skipping it, because, really, what is there to say about it?

The only faithful response to that is to say, with all due respect, that’s wrong, and we don’t believe that. Even I couldn’t spin that into something wholesome! Even I couldn’t give you some other perspective that could somehow make it acceptable or useful in today’s world. It’s just a byproduct of another culture with a very outdated moral code. So, I know there are plenty of biblically astute people here who may have wondered why we’re skipping that part, and so I thought it only fair to explain why. I’m not dodging anything! You know that’s not me. Think of it as, we’re just not giving it any more attention than it deserves. So, moving on!

Let me give you a little of the context in which this letter was written. It wasn’t written to a specific church in the way that many of Paul’s letters were. It was written with the intention of it being passed around to many churches in many lands. As such, the author took care to make it as accessible to as wide an audience as possible, knowing that it would be read by both the Jewish community as well as those outside that community. This makes this letter one of the most applicable to us two thousand years later, and that will also be the most important lens through which we should interpret this letter, but more on that in a bit. Before we get into that, I should mention that scholars aren’t sure who wrote this letter.

Despite it being named after the Apostle Peter, we also know that Peter was illiterate. That, coupled with the fact that the Greek of this letter is written in a very advanced, high-level Greek. Way more advanced than even Paul’s letters. It’s a nightmare to translate. So, it could have been written by a colleague of Peter’s, or just someone writing in the spirit of Peter, which was very common in that day and not frowned upon. We just don’t know for sure. Regardless, I’m glad it still made it into the Bible. As I said, lots of good stuff here. Well, except for that part that we’re just gonna ignore. Lastly, the persecution of Christians is also an important piece of context that heavily influenced this letter. However, we have to be very careful applying this one to ourselves today because we are not persecuted. Not even close.

It's an old Greek word that literally means to scatter or to disperse. In recent years I’ve heard the word diaspora refer more and more to the scattering of the African population across the globe by way of the slave trade. Traditionally though, the word diaspora has probably been most used as a reference to the scattering or dispersion of the Jewish population. The scattering of their people started while Abraham was still alive, beginning with the events that led to Egyptian slavery. From there, some of them returned to reconquer the land they claimed as their own, but even that didn’t last long, as there’s always a bigger fish. From the Assyrians, Babylonians, and Persians, to the Romans in Jesus’ day, all these empires participated in the Jewish diaspora, the scattering, the dispersion, of the Jewish population across the four winds of Earth. 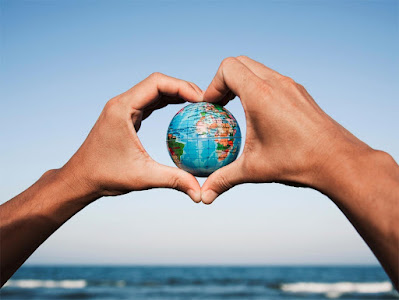 However, many scholars today do not believe this to be what the author of First Peter is referring to. A few verses later the author writes, “you were not liberated by perishable things like silver or gold from your meaningless ancestral way of life.” Ok, we may not know who exactly wrote this letter, but we do know that it was most likely someone from the Jewish community, and therefore would never refer to Judaism as a “meaningless ancestral way of life.” So, the author isn’t referring to the Jewish diaspora, but to something else. A Christian diaspora? Well, sort of but not exactly. This wasn’t a literal diaspora, this wasn’t a geographical scattering of Christians the author was talking about—but a diaspora of the heart, where it really mattered.

Christianity flourished under this model. Why? Well, the Jewish Christians knew from their ancestry just what it meant to be a scattered people, strangers to the world. And the non-Jewish Christians knew this from the point of view of being persecuted. This gave them an edge that their enemies were not ready for. This allowed them the unique gift of being able to identify, to relate, with all those in their world that were also suffering, whether that suffering came from the empire, or the rich, or their religion, or some other oppressor like slavers or men or whoever. Those who were suffering weren’t looking to the powers that be for relief. They knew the powers that be very well and the only thing they were offering was more pain. And then along come these weird Jesus people.

About 200 years after the writing of this letter, the persecution of Christians officially ended, and about a decade after that happened, the Roman Emperor became a Christian, making Christianity not just the favored religion, but the government-sanctioned religion. Meaning, people no longer saw Christianity as the people of relatable relief, but instead, just one more of the powers that be. What was once this little Jewish sect, exploded into a mighty force, spreading across the world, not out of kindness and empathy, but by force—the once persecuted, became the persecutor. What probably seemed like gaining an edge, was really losing the edge that really mattered—the heart of the diaspora, of being scattered, of being strangers.

Ok, that was heavy, let’s end on a positive, because as you will see, this letter is a very positive one. But without this foundation of the diaspora of the heart, it will be meaningless to us. Let’s fast forward to today and the state of the church we find ourselves in. Though we are still not being persecuted, we certainly aren’t what we used to be, are we! We no longer hold much power, yet we still carry the baggage of an oppressor. As such, our numbers have dwindled worldwide, our worship attendance has dwindled worldwide, and unfortunately, our influence has dwindled worldwide. So, you may be wondering, what keeps this pastor going, what gives me hope, why do I still do what I do? Well, because I think, whether we like it or not, we are returning to the state in which we started.