Who Pays for Our Desires?: Final of 4 Sermon Series on Ten Commandments

Ron Valadez · Who Pays for Our Desires?: Last of 4 Sermon Series on Ten Commandments

Alright! We finally made it to the end of this series on The Ten Commandments, or as the Bible calls them, The Ten Words. We have been following the Jewish numbering, which is different than ours, and so that brings us to the tenth, but what we would think of as the ninth and tenth commandments. Not only is this the original way our faith ancestors saw these but it just makes more sense that way, as both deal with the same sin of coveting. Even Martin Luther dealt with them together in his Large Catechism. Of all four sermons in this series, this seemed to be the toughest one to write. Believe it or not, there isn’t a whole lot of attention out there on just this one Commandment, it often gets treated as an appendix, or an afterthought. And maybe that’s because we don’t talk about it very much, at least not in my experience.

I can think of lots of times when murder or stealing or lying or adultery has been heard in sermons. But coveting, maybe it just doesn’t have the same ring to it for us. Now, I grew up learning this one as jealousy, anyone else? Translations are a funny thing. Jealousy isn’t necessarily wrong, but as we’ve seen throughout these Ten, the way we were taught these in Sunday School just scratched the surface of their true meaning. Even this last one, has farther-reaching ramifications than we were taught. So, let’s jump in. The Tenth Word is the only one that doesn’t deal with an outward action. All the others are about something said or done outwardly. Not the tenth, this one, is all about what goes on inside our head, making it one of the sneakiest and possibly easiest ones to break.

Let’s define what we’re talking about though. Coveting, in its simplest form, is desiring what someone else has. I like the word desire rather than want, it’s stronger and more passionate. And even though I’d typically rather use common, everyday language, jealousy just doesn’t quite cut it. Jealousy sounds like something children have. Not that children are immune to coveting, nor are adults immune from acting like children, but I think if we adults could get our coveting under control maybe our children wouldn’t inherit so much of it. It’s also odd that it comes last, because if you think about it, if we were able to not break this one, all of the others would be unnecessary. I mean, think of all the different reasons that people murder or lie or steal or cheat on their spouse.

So now that we’ve gone over what coveting is, and how pervasive it is, what in the world do we do with it? Especially given the fact that it’s something that happens in our heads! We live in a society that teaches us that thoughts and feelings aren’t inherently bad, that thoughts and feelings are normal, as long as we don’t always act on them! But number ten flies in the face of all that! This final Word from God says no, that some thoughts and feelings, are actually inherently sinful. Well, ok, but how in the world are we supposed to stop a thought or feeling from coming into our head! And, is God really saying that we can’t have any wants and desires? Ok, here is where we need to take a breath, and add a little nuance to this, as well as some context. Because no, that’s not what God is saying here, of course we are allowed to have wants and desires. And even attain them!

First, the context, context is everything. Remember, they had just been rescued from slavery in Egypt and are now on the brink of creating a nation with this newfound freedom. Think about the emotions and thoughts that they might be having. When the world has been horrifically unfair to you, it’s so easy to succumb to the thought that you deserve revenge, or at the very least, you are entitled to more than you need, for a while, to make up for what was lost. And for them, it was generations in slavery! So, talk about being susceptible to coveting! They came from nothing and now wanted everything that everyone else has enjoyed for the last few generations! And could have easily thought they were entitled to it! Fair’s fair, right! The Tenth Word from God says very loudly, no.

Not even after all we’ve been through, God? No. I’ve personally gotten a taste of this. No, I’ve never been a slave but up until I became a pastor, in spite of the fact that pastors don’t make that much, at least compared to other fields that require a four-year postgraduate degree, whoa, I better be careful, I might break this commandment right before your eyes! I’m not bitter about it, just stating a fact. But in spite of that fact, when I became a pastor, that was the most income I had ever had. Up until then, my family lived well below the poverty line. It was the first time in my adult life that we didn’t qualify for food stamps and other aid. So, talk about coveting. It was 18 years of built-up coveting! And those first few years were hard to get used to, hard to learn how to be responsible with this new gift.

So, that’s one perspective on this commandment. But let me provide a little more nuance to this. This isn’t about having wants and desires. Quite frankly, it’s not just about desiring more than you need. It’s about desiring without regard for your neighbor. It’s about our desires coming at the expense of our neighbor. Martin Luther takes this a step further by saying, when we are not actively working towards our neighbor having enough, having their needs met, we are breaking this commandment. This was God’s way of putting an added layer of protection for our most vulnerable neighbors. And, let me add one more dash of nuance, this was not intended to only be interpreted from an individual perspective.

One huge difference between the people of biblical times and us, is that the default perspective for us is to make every Bible passage about me, about the individual. This just wasn’t the case for them. Their default position was a communal perspective, whether that be, the nation, the tribe, the family, not the individual. That’s just not the way they tackled life. They had a, we’re either gonna succeed together or we’re gonna fall together, kind of attitude. So, for this one, they’d also ask themselves, how do we keep from coveting,  as a family, as a tribe, as a nation? Today, we would add, how do we keep from coveting as a community, as a church, as a profession, as a country, as global citizens? How do our wants and desires come at the expense of others today? Who pays for them? If it’s just us then we’re ok. 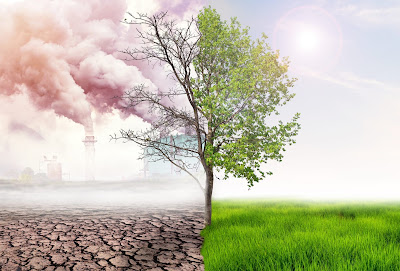 But too often it’s others, whether it’s the poor or women or a vulnerable minority group that pays. From an ecological perspective, it could be animals, oceans, the air, just to name a few that pay for our wants and desires. All because we humans have such a hard time being satisfied with what we have. And that’s the good news here, that we do have so much to be thankful for, more than enough, blessings upon blessings, grace upon grace. All we have to do, is remember where it comes from, and what we are expected to do with it. I know, easier said than done. But this is why, when asked what the greatest commandment is, Jesus said, “You must love the Lord your God with all your heart, with all your being, and with all your mind. This is the first and greatest commandment. And the second is like it: You must love your neighbor as you love yourself. All the Law and the Prophets depend on these two commands.” Thanks be to God. Amen.
Email ThisBlogThis!Share to TwitterShare to FacebookShare to Pinterest
Labels: commandments, covet, desire, entitlement, exodus, jealousy, love, need, neighbor, pay, revenge, sermon, ten, tenth, want, words