Who is Your Freedom For? 3rd of 4 Sermon Series on Ten Commandments

Ron Valadez · Who is Your Freedom For?

I ended that short reading with the response, “Word of God, word of life.” Truer words have never been spoken after a Bible reading, because that is exactly what these Words from God were meant to deliver: life. Last week we dealt with the Second, Third, and Fourth Commandments, or as the Bible calls them, Words from God. And those Words from God were mostly about our relationship with God, and how to tend to that relationship so that we can get the most out of it. Now, that might sound a bit self-centered, but trust me, it’s not meant to be. Although there certainly isn’t anything wrong with tending to our own personal needs, spiritual or otherwise, but that’s for another sermon. However, just in case we lean towards an inward, self-focused position, as we humans often do, the next five Words from God make sure we don’t.

Words Five through Nine are what we read today, and these Words are all about our relationship with others, or as Jesus would call them, our neighbors, and for him, that meant everyone, hence the horizontal arrow on the cover of the bulletin. We ended last Sunday with the question, “What are you going to do with your freedom?” This came from the Fourth Word from God, “Honor the Sabbath Day and keep it holy.” Having recently been freed themselves from slavery in Egypt, where rest was unheard of, let alone a day off, they now had the opportunity to decide how they were going to use that freedom. And there were lots of paths they could have gone down. There were lots of models for nation-building to choose from all around them.

Would they strive to be an empire that spread over the known world, conquering everyone in their path? Or would they become a great kingdom with impenetrable walls that protected all that they could hoard for themselves? Would they become nomadic pirates, scraping by, looting and pillaging wherever the wind blew them? Lots of choices for them at this point. But you know our God, God had a few ideas and said, let’s try these first. And in the same way that I said that God was a little sneaky in last week’s reading, God continues to be sneaky here too. Because what we soon realize is that the focus is not on us after all, this is not just a list of things we can’t do, but the focus here is on others, the focus is on our neighbor. 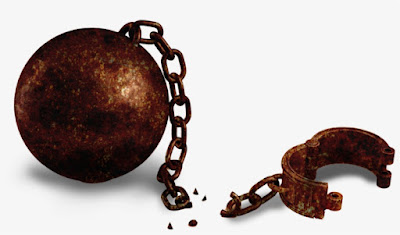 And that question, “What are you gonna do with your freedom?” quickly becomes, “Who is your freedom for?” And if the answer to that question is some form of “self”, then God promises a very bumpy ride, no matter which path we take from here, whether “self” means us as individuals, or us as a clique, a community, a church, a city, state, nation, whatever. This is yet another way God has communicated to us, “This is not going to be all about you.” So, let’s take a look at each of these, with that question, who is our freedom for, in mind. On the surface, the Fifth Word just seems to be about children behaving for their parents, but it’s much bigger than that. This is about caring for our elders of society. Again, we must remember the context. They had just lived through generations of slavery, where the elders were worked to death, literally.

And so, the Fifth Word from God both ensures that our elders are not discarded or devalued, but also protects their wisdom from being discarded or devalued. This is the only one of the Ten that includes a promise, “so that your life will be long on the fertile land that the Lord your God is giving you.” God knows that they will need their wisdom if they’re gonna make it in this new world, with this new freedom they have been given, just as we do today. Unfortunately, our elders are not always valued and protected the way they should be.

One of the unfortunate parts of my job, is seeing so many elderly having no one to visit them, and it’s not because they have no family. Those of you who live or visit retirement facilities know exactly what I’m talking about. Maybe worse, is seeing families treat their elders as objects whose possessions they will fight for as soon as their casket closes. The Fifth Word from God gives us a different path and answers that question, who is our freedom for, with, our elders.

The Sixth Word from God seems pretty straightforward on the surface. If you only hear this as God telling you not to physically take the life of another person, then you can check that box and move on. If it were only that simple! Let’s go a little deeper, and ponder some of the ways that we not only take life or livelihood from other people, but also stand idly by as so many people don’t feel free to live as they ought. One of my daughters was telling me that when she is in a public place, she often scans the area for escape routes in case there is a mass shooting. We’re raising a generation that doesn’t have the freedom to go to the grocery store without the thought that they might die there. But maybe that’s too on the nose for you. Let me give you some other ways to apply this Sixth Word from God.

And, after this week’s Supreme Court ruling, we are about to raise a generation of women who do not have freedom over their own bodies. Yeah, there are lots of ways this Commandment, this Word, gets broken. Sin can be very creative. Who is our freedom for? It’s for those whose lives or livelihood are under threat, while our own freedoms and privileges could be of assistance. But we’ve gotta keep moving.

The Seventh Word from God on Mt. Sinai is where it gets tricky. We have really romanticized this one. “Do not commit adultery” though, is much less about love and romance, and way more about protecting your neighbor’s inheritance. I know that might sound cold but they thought of it like this: if a man, remember, very patriarchal society, if a man slept with another man’s wife, it would then call into question the inheritance of that man’s children.

There were no DNA tests back then, so unless it was very clear by appearance alone whose child it was, then things got really messy. Knowing this, applying this to today gets a little difficult. What we can say is that, no matter the century, marital affairs affect a lot more people than just the two couples, but also the children, the in-laws, the friends, and more. The pain it creates is widespread and can last for generations, and this was God’s way of trying to help us avoid all that pain. Whether that pain be of a financial nature, or of the heart.

The Eighth Word, “Do not steal”, can be expanded much like “Do not murder.” This calls us to be honest with the ways that we allow our society to keep some segments of society on a lower rung. Who is your freedom for? In The Eighth Word God says, anyone who has less than. This is directed at anyone who has more than they need, urging them to acknowledge and respond to those who don’t have enough. If you’ve never made a connection between “Do not steal” and the offering plate, or wherever you may donate for that matter, I’d encourage you to begin making that connection. And to be fair, I’d be remiss if I didn’t mention that this is also an indictment on the many corporations, pharmaceutical companies, oil companies, lending companies, who take advantage of so many people in our world.

And finally, at least for today, the Ninth Word from God on Mt. Sinai, “Do not testify falsely against your neighbor.” I grew up learning this one as, “Do not lie.” Did any of you? That’s not wrong, just maybe an oversimplification. This was less about lying in our everyday lives and more about the legitimacy of the justice system. When you hear the word testify you probably think of a courtroom trial. So did they, and God knew that if there was going to be justice, then truth must prevail in their trials. Who is our freedom for? In the Ninth Word, God says, it’s for the accused, to ensure a fair trial. And that includes a justice system that isn’t just free from lies, but also free from racism, homophobia, classism, ageism, or and every other kind of prejudice. I’ll let you connect the dots to the justice system in the United States.

So, with those five Words, God shows us how to treat others, how to tend to our relationships with others, and as I hope you have seen, are far more than just the basics, but have farther reaching ramifications than we were ever taught in Sunday School. Rather than a list of things we’re not allowed to do, we have a list of ways we can give life to others, through the freedom given by God, out of unconditional love for our neighbors. It’s a list overflowing with grace and good news for our neighbors. And, funny enough, it’s also a list that makes it very hard to follow while striving to be a conquering empire, or a hoarding kingdom, or pillaging pirates. Like I said, God’s a sneaky one, God is. Thanks be to God. Amen.