Do You Trust Me?

Ron Valadez · Do You Trust Me? 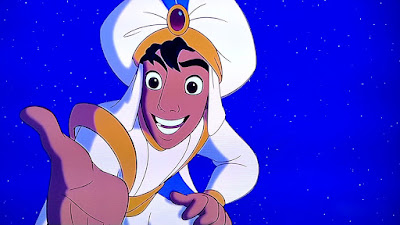 That of course was from Disney’s Aladdin waaay back in Nineteen Hundred and Ninety-Two. Can you believe that was thirty years ago? Wow! That means I graduated from high school thirty years ago this year! Anyway, for those of you who haven’t seen this movie classic, Aladdin is the tale of a poor kid living on the street who finds a magic genie to grant him three wishes and one of those wishes is to become a prince so he can marry the princess. In the clip that I just showed you, he has already been transformed into a prince, however, the princess had already met him earlier in the movie when he was still living on the streets. And in this scene, she doesn’t know it’s the same person until he asks her, “Do you trust me?” Because he asked her that same question when they met the first time. It was how they first connected, in spite of the fact that she had no reason to trust him, then or now, she did and the rest was history as they lived happily ever after.

Hold that thought and let’s dive into our Bible story for today. After spending a couple days with the Samaritans after his encounter with Saint Photini, he travels back to Galilee where he’s beginning to make a bit of a name for himself. Word is getting around about the amazing things that Jesus is doing and they welcome him back to Galilee with open arms, well, most of them. While there, he meets a royal official whose child was sick and comes to Jesus for help, begging Jesus to heal their child who was on their deathbed. Jesus then gives one of his trademark unusual responses. You know the kind, the ones that make you wonder if Jesus woke up on the wrong side of the mat! He does this a lot. This time he says, “Unless you people see signs and wonders, you won’t believe!”

Now, maybe Jesus slept through his Pastoral Care class in seminary, but anyone can tell you that this was no way to react after someone tells you their child is dying! In all fairness to Jesus, he probably didn’t. Odds are this was just John’s way of moving the story along to get to the point that he is trying to make. I just wish John would have let Jesus’ gentleness shine through a little brighter at times. But I digress, this is what John has given us so this is what we are left with to try and figure out. Why does Jesus seem a bit flustered? What’s got his tunic in a bunch? Well, before we get into that, let’s talk about how this healing story ends up. As if to ignore Jesus’ little outburst, the royal official pleads again, “Sir, come down before my child dies.” Because for this parent, that’s all that matters, right?

This royal official may be an important person in the royal world but at the end of the day, this is a parent, a parent with a sick child. I know many of you have had a sick child and know that special kind of pain. Is there anything more important than seeing your child well again? No. There’s no time here to allow Jesus to go on about some lesson or frustration that he is going through! Their child was sick, and that’s all that mattered. Sensing this parent’s own frustration, Jesus simply says, “Go; your child lives.” Depending on how you read it, that could sound a bit cold, or read another way, short and sweet? Either way, the royal official does as Jesus instructs and leaves. But not without John sharing the most important detail of this healing story that will make it all make sense.

John writes that the parent of that sick child believed what Jesus said. And right there you have the real miracle of this story. As with most of the miracle stories that John will share with us, the miracle itself usually isn’t the point of the story, that’s usually not where the real magic happens. But pastor, the child was healed, wasn’t that miraculous? Sure, but remember Jesus’ frustration earlier? He had been doing miracles for a while now, enough that word was getting out about him. And yet, he’s still frustrated. Why? Well, to get at that answer I’m gonna have to return to the original Greek. Don’t roll your eyes. This will be quick. The Greek word that is translated as “believe” here, “pisteuo”, is often translated as “faith.” But especially in John, neither of these translations are very good. Even better would be to use the word, trust.

When we use the word “believe”, what comes to many of our minds is a belief in facts or knowledge or the actual words coming out of Jesus’ mouth. As in, “the royal official believed that Jesus did heal the child”, as a fact. In the same way we believe that the sun rose this morning and it will set this evening. This is not what John is talking about when he uses the word pisteuo. You may remember a few weeks ago when we started reading through the Gospel of John, I mentioned that each of these miracles that John will share with us will reveal something new about who Jesus is, and therefore who God is. With that in mind, John and Jesus weren’t as interested in people believing that he could do amazing things, as they were in those amazing things cultivating trust. That’s what the royal official had in Jesus that so many others did not, trust. 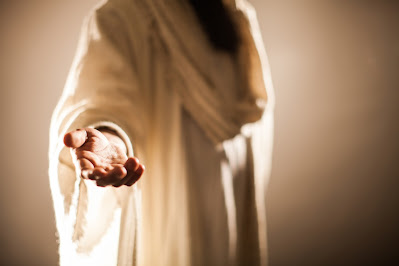 Time and time again Jesus had been extending his hand out to people like Aladdin to Jasmine asking, “Do you trust me?” Only for them to be so enamored with his abilities, that they don’t even see it. But Jesus wants us to go deeper than that. And in this story finally, someone comes along and not only believes Jesus can do amazing things but trusts him, and that trust ran so deep that the parent was able to trust Jesus with their child’s life! Cuz if you think about it, if that parent hadn’t had trust in Jesus, they never would have walked away, but would have continued to beg for their child’s life! And that’s what this healing story reveals about Jesus—that Jesus is one we can put our trust in—even when, especially when, times are toughest.

For John, salvation wasn’t about going to heaven, nor was it about adhering to a set of beliefs or tenets or doctrines. Salvation was having a relationship with the Word made flesh. And you can’t have a relationship with anyone, let alone God, without trust. Trust is one of the very foundations of a relationship! And this is not only what we are called to have as followers of Jesus, but also what we are called to protect for others. I don’t have to tell you that trust in churches, let alone God, is at an all-time low in our society. People have lost so much trust in us that across the nation and world, churches are getting smaller and smaller. And you know what, I can’t say I blame them.

When people see so many who claim to be followers of Jesus, hurt others in his name, judge others in his name, condemn others to hell in his name, it’s no wonder that so many have lost trust in the church, especially with such loud voices of negativity out there, all claiming to be followers of Jesus. It’s that trust, trust in Jesus, that we have the blessed responsibility of protecting and sometimes, wining back. And that means our voices are going to have to be louder. I know, that's tough for us Lutherans, isn’t it? We’re not used to having to be the loudest voice in the room! But if we want the world to experience trust in Jesus again, the way we do, then we’re going to have to get our bullhorns out, so that all may hear, that our God is a trustworthy God, not a God of pain, or judgment, or condemnation, but a God we can trust our lives with, our children’s life with, no matter what. Thanks be to God. Amen.