The Waters of Justice

Ron Valadez · The Waters of Justice

Well, I told you these prophets were an interesting bunch of characters and Amos does not disappoint. If you’re following the overall biblical narrative, we are about fifty years past last week’s reading from the end of the prophet Elijah’s work, but we are still in the northern kingdom of Israel. The political and spiritual strife had not gone away. And Amos has now been chosen to continue the prophetic work with Israel. And by prophetic work I mean trying to get them to see the light, that their behavior is what’s holding them back. They are their own worst enemy. It’s more of the same human story, right! A quick word about Amos, he was not from the northern kingdom, he was a southerner, and if you want to imagine him with a southern accent go right ahead but if you do, it’ll have to be an angry southern accent, because Amos was an angry prophet!

You might think they were all angry and it’d be tough to argue with that but Amos was an extra salty little prophet! I don’t know why I think of him as small, maybe it’s his short name or his short book but I always imagine him as an angry little guy! So, here we have an angry prophet who is trying to speak truth to power to a people that consider him an outsider, Jewish yes but one of those southern kind. I would imagine a lot of pastors can relate to Amos. We come to each of our churches, with our new ideas, trying to get people off their butts and follow God’s ways, and we come as outsiders, people without the investment of blood, sweat, tears, and money that so many of you have. We pastors come here to an uphill battle right from the word go, and yeah, it can be frustrating, even anger-inducing.

I think the difference in being a pastor and not a prophet, is that we stick around in one place to care for and be cared by a group of people who share an ideal, to love God and the world around us. At least that’s the goal. So, my heart goes out to poor little angry Amos, who probably didn’t have a group of loving people to support him in his difficult work like I and many pastors do, and at the same time I can relate to him, but let’s focus on him. The book of Amos opens by placing him in his geographical and chronological place of the biblical narrative, but only takes one sentence to do that. Because Amos has some things to say and there’s just no time to beat around the bush. And so, sentence number two opens with a bang! Or a roar. Amos starts with the words, “The Lord roars…” The Lord roars.

Amos didn’t say the Lord barks like a dog, or meows like a cat, or coos like a dove, it’s not even the piercing shrill of an eagle! It’s the roar of a lion. Why a lion? The easy answer is: top of the food chain. But more than that, if you’re in sub-Saharan Africa, and you hear a lion roar, you better believe that every living being in earshot, will be on alert, will be listening, and you should too, because the possibility of something serious going down just shot up by a factor of ten! Now, this may sound like a strange way to describe God’s voice. I for one would rather talk to a purring cat and that’s saying something cuz I don’t like cats. But a roaring lion? No thanks! But here’s the thing, we don’t get to choose how God sounds. God comes to us however God wants to come to us and our job is first and foremost to shut up and listen!

And remember, Amos is frustrated because God is frustrated. Hence, a lion. You want a purring cat? Well, don’t get on God’s nerves so much! That’s all I can say. So, God’s people hear a roaring lion from Amos and I’m imagining them being completely clueless, wondering what’s got God’s knickers in such a bunch! I mean, either they were clueless or downright defiant, and I don’t know which is worse, but I just imagine them asking, “What’s God so angry about?” Well, they’re about to find out! First, the charges come from the mouth of Amos, and he’s using his dad voice. You all know that voice? It comes in many other names, the mom voice, the teacher voice, the spousal voice, take your pick. Now, if I was God, and thank God I’m not, but if I was God speaking through Amos, I probably would have said something like, in my dad voice of course, “How many times do I have to tell you this? How many times do we have to have this conversation? I have told you to open your eyes and be on the constant lookout for those in need, and help them! Not only are you not doing that, you’re putting people in need, even your own people!” You see, God was looking around, and seeing who was in need. And God was seeing the people they had cheated out of money due to inequitable taxation. The poor that they were turning away from. Harming those who were actually trying to help, probably because it made them look bad! It wasn’t looking good, but man was it an already old story. Time and time again God had reminded them of God’s ways. Healing the sick. Feeding the poor. Caring for the orphaned and widowed. Seek good and not evil, God said! Hate evil, love good, establish justice, God said!

Do they listen? Of course not! And we have to wonder why. Why can’t they get their act together? I have a theory! Not that I want to try and let them off the hook, I’m not doing that! But I think it helps to try at least to figure out their behavior so that we can understand our own behavior. Remember, these stories were given to us to relate to and learn from, and not repeat the same mistakes. And this one’s a doozy! But here’s my theory. It’s an old theory, I’m just applying it to Amos and his people. When people live in fear, when people feel like they are being backed into a corner, when people worry about their future, people have a tendency to hold on to what they have tighter! Even tighter than they already do, because that’s what we humans do, accumulate and hold on to it, that’s our default position.

And that’s what I believe is happening to the people that Amos is trying to reach. They’re scared! They’re feeling threatened by outsiders, which includes Amos in their eyes. They’re worried about their future. Things aren’t turning out the way they thought they would. They’re a mess! And so, serving others is the last thing on their minds! Taking a look around and seeing the needs around them isn’t even occurring to them! Again, it’s that fear response. Not an excuse mind you! But at least it’s a hell of an explanation as to what is going on with these people. Next, the story takes a very interesting turn. All of a sudden, God speaks. God stops speaking through Amos, and we get to hear God’s voice. And if you thought Amos was in a bad mood, well you ain’t heard nothing yet!

God begins with, “I hate…” Now, let me just pause there and say, for me, growing up, even to this day, if you say the word hate in my dad’s house, he’ll call you out on it! The word hate is just a no-no word in my dad’s house. So, to hear God start a sentence with “I hate” is particularly triggering for me. Even worse though is what God hates. It’s not things like murder or stealing. No, God hates, our festivals, our joyous assemblies, our offerings, our songs and melodies. Hold on, our songs and melodies? That hits a little too close to home, God has gone too far! Say what you want about the rest of it but now you want to take our music from us too! But of course, that’s not what God is saying at all, is it? The last line is the key. 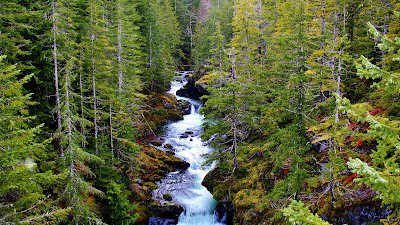 God ends by saying, “But” one of the biggest buts in scripture by the way, “But let justice roll down like waters, and righteousness like an ever-flowing stream.” You see, it’s not our worship that God has an issue with, it’s the lack of justice that it produces. Let’s use our own recent experience as an example. Singing. Everyone is dying for singing to come back! Ok, why? Has anyone bothered to ask yourself, why you want singing to come back? I won’t embarrass anyone by asking that out loud but here are some of the answers that I think we’d get: Singing makes me feel good. It makes me feel like I’m participating. It makes me feel more worshipful. It makes the effort to get up and get ready and drive here more worth it.

I don’t think you’d get any of those answers from me if you asked me a few weeks ago! But these prophets man, geez, they just keep pushing, and challenging, and slapping us upside the back of our heads! Not out of malice towards us, but because they knew that God’s prayer, is to have us as coworkers in the fight for justice in the world: food justice, gender justice, racial justice, economic justice. And those waters of justice began at the waters of our baptisms, and end out there somewhere. And God has invited us to take our noses out of our hymnals, look up and see who’s in need, and go. Thanks be to God. Amen.