Advent is one of my favorite seasons of the church year. I have a feeling that’s not the case for everyone though. By the time Advent rolls around, the rest of the world is in full-blown Christmas mode! And most pastors, stick to that old tradition of waiting, waiting until Christmas to actually sing Christmas hymns in worship. We’re just a bunch of grinches, aren’t we! And since we haven’t sung in so long, I actually thought about it, for like a quarter of a nanosecond but then thought, nah, we’ve waited this long, we can wait four more weeks to sing Christmas hymns!

There’s a rebelliousness to it though that is really attractive to me, especially because Christmas out there is so secularized and commercialized, oh man, now I really do sound like a grinch! But it is! And coming here and singing about the coming of the messiah, as if the messiah hasn’t already come, almost feels like thumbing our noses at the Walmart version of Christmas.

There is something to be said about waiting though. And today, Jeremiah has some things to say about waiting too, because things aren’t looking good for God’s people at this point of their story. Various prophets have been called to them to guide them and urge them to follow God’s ways that had been laid out for them for centuries. Unfortunately, it wasn’t enough, and the neighboring nations finally got their way with them. First, it was the Assyrians that came and occupied their land. As if that wasn’t bad enough, the Babylonians come along and conquer the Assyrians, and then not only take control of the occupied land, but decide to kick God’s people out, exiling them to Babylon, defeated and humiliated. Jeremiah, in what is one of the more pastoral moments in a prophet’s life, begins to write them letters, while they are in exile.

Our reading from today is part of one of those letters, and it is one of the most tender moments between a prophet and God’s people. Don’t let that fool you though. There were plenty of “I told you so” moments in those letters. I mean, Jeremiah was still a prophet at heart. But we also know that the prophets loved their people, and that really shines in this particular passage when Jeremiah attempts to give them some hope in their distress. And I say “attempts” because I’m not sure just how good Jeremiah is at delivering hope, but I’ll let you decide that. Jeremiah has some words to share from God and our passage begins with, “When Babylon’s seventy years are up, I will come and fulfill my gracious promise to bring you back to this place.” So, remember what I said about Jeremiah’s hope skills being a bit questionable?

I mean, the good news here is that there is an end. And when you are going through something, sometimes that’s all the good news that you need! To be told that this will end can be the best news you could ever get. But seventy years? Seventy years. Can you just imagine, being Jeremiah, having to write this letter to a people who were already in pain, already feeling defeated, already feeling humiliated, and going to them with, “Well, do you want the good news or the bad news first?” Can you imagine the response? “Bad news? You mean there’s more bad news? How much worse can this get?!” Well, I’m old enough to know not to ever ask that question! They got their answer though. Seventy years.

That’s multiple generations! That means that people heard this “good news” and died before seeing it! Come on, God, you can do better than that! But that’s how it played out and we are left with trying to figure out what to do with it. So let’s keep moving and see what else God had to say, surely it must be better than seventy years! What follows is one of the best-known Bible verses of all time. We’ve seen this on t-shirts, bumper stickers, social media, you name it, this verse has been on it. And it’s well-deserved! It’s a great verse. God said, “I know the plans I have for you; they are plans for peace, not disaster, to give you a future filled with hope.” Like I said, great verse, right? It’s just too bad it has to follow the previous verse about seventy years! I guarantee you, you’re not gonna see that verse on a t-shirt!

But maybe we should! If you think about it, if we are following God’s ways, and one of those ways is to not come here as a bunch of selfish people only concerned with what we are gonna get outta this deal, then seventy years, or however many years it will be til we see the fruits of our current labor, will sound like good news. Because, as many of you have already discovered, the cold hard truth of your blood, sweat, and tears you’ve put in, is that you sometimes don’t get to see the good news that was promised. The cold hard truth is that we sometimes die in the hope that our children or our grandchildren, will reap the benefits of our sacrifice. And if you haven’t connected the dots by now, I’m specifically talking about the state of the church, both Christianity as a whole but also specifically about Bethlehem.

Next Sunday is one of our annual congregational meetings and you have some big decisions to support or not support, big moves to ponder, all for the future of Bethlehem, a future Bethlehem that you don’t even know. And I can’t help but hear Jeremiah’s voice speak into our current challenges, speaking a word of hope, but also a reminder, that it’s gonna take a while. Every generation alive today might not see the fruits of their labor or their prayers for the church answered in this life. But that’s ok because another tenet of our faith is selflessness, not making everything about us. And that does not take away from the sacrifices that you’ve made, the love that you’ve poured into this church, and it certainly doesn’t take away from the power of God’s promise for a future.

Now we have to keep moving, but before we do, let me say a quick word about God’s plans because I see this verse misused all the time. Sometimes it’s the best verses that create such horrible theology. When God says, “I know the plans I have for you”, that’s not the same thing as saying, “The garbage you’re going through right now, was part of my plan!” Those are two totally different statements but they get conflated all the time! I know you’ve heard me rant about this before but I’m not going to stop until I stop hearing statements like, “God works in mysterious ways” after tragedy strikes.

Or, “There’s a reason for everything”, again, after tragedy strikes. Every time someone says something like that I imagine God saying, “Whoa, whoa, whoa, wait a sec, I had nothing to do with that!” Let me be crystal clear. God has never, will never, bring harm or heartache upon another living being. That is just not the way God works. And if you ever read something in the Bible that seems to contradict that, I guarantee you, there’s probably a good explanation for that, and it probably involves a human hand.

But let’s keep moving because what God says next is where I see the real good news. God switches to the present. Don’t get me wrong, it is good news that their exile will end and it will end well, “But what about now”, they must have been thinking. God says, “When you call me and come and pray to me, I will listen to you. When you search for me…you will find me. I will be present for you.” Yes, God has a plan for your future, and that’s amazing, but guess what, God has a plan for your present too: to listen, to be found, to be present. And oh my goodness is that good news! 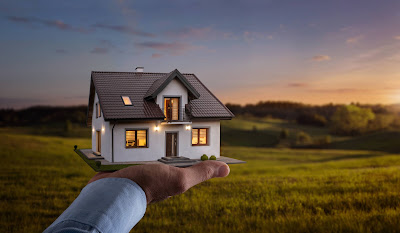 And that was probably the original intention but I’m also thinking of that old saying, home is where you hang your hat. What if this was also Jeremiah’s way of telling them, home is where God listens to you, home is where God sees you, home is where God is present with you? And if Jeremiah was wise enough to mean it that way, wow, then this is where the real good news is, far beyond any plans God may have for us, but in the present, in the now, hearing God say, “I am your home. Welcome.”
Email ThisBlogThis!Share to TwitterShare to FacebookShare to Pinterest
Labels: advent, christmas, exile, find, future, good news, gospel, israel, jeremiah, letters, listen, love, now, present, sermon, seventy, waiting, years