Though it was a long reading, in fact, that was the entirety of chapter fifteen, it’s another great example of how Luke masterfully strung stories together to drive a point home. You can easily pick out the theme from these three parables that he shares in this chapter from Jesus. Many titles have been given for this chapter: Lost and Found; The Lost Sheep, Coin, and Son; or my favorite, the Common English Bible calls this chapter Occasions for Celebration. I like that one because it focuses on the positive rather than the negative aspects of this story, which is usually our default position. You can hear it in the titles that we’ve given to these stories. It’s not called The Parable of the Found Coin. No, we call it The Parable of the Lost Coin. It’s not called The Parable of the Found Sheep. No, we call it The Parable of the Lost Sheep. Likewise, we know the parable of the son as The Prodigal Son, focusing on his faults. Why don’t we know it as The Parable of the Loving Father? Ah, we humans have a hard time focusing on the positives, don’t we! And I have a sneaking suspicion that this sermon is going to fall into that same trap! But we’ll see. We’ll see. 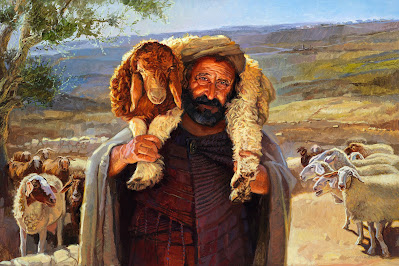 The first thing I’d like to point out is the senselessness of these stories. They are intentionally filled with the behaviors and thoughts that just don’t make sense. The characters from these stories make decisions that most of us would not, then or now. Let me give you some examples to show you what I mean. In the parable of the lost sheep, Jesus asks, “Wouldn’t he leave the other ninety-nine in the pasture and search for the lost one until he finds it?” Now, anyone in that group of listeners who had ever owned more than one sheep knew full well that the answer to that question was a resounding, “No!” Of course he wouldn’t have the left the ninety-nine! If he had, he’d be leaving them open to predators or from getting lost themselves!

Then, we come to the story of the prodigal son, and this one is filled with things that just don’t make sense! First, asking for his share of the inheritance before his dad had died was something that no one would ever do, either in that day or in this day. But in first century Palestine, that would have been considered one of the worst insults a child could give to a parent. It would have communicated that the child wanted the parent to be dead. Who would do that? No one. And I think that was the point. Again, right out of the gate Luke has yet another character behaving in ways that most people just wouldn’t. And I think that’s on purpose. But let’s keep going. 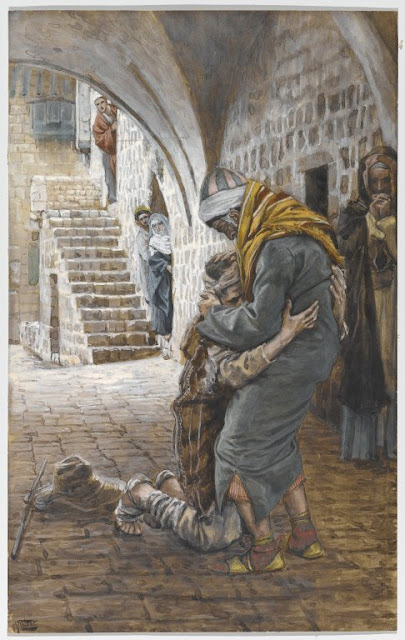 So, after insulting his dad to the very core, the son leaves home, spends all his inheritance, and finds himself destitute. He returns home thinking that he could at least get a job from dear old dad, knowing that he doesn’t deserve to be considered a son anymore, not after what he pulled, and it’s better than dying of starvation. Upon his return, he doesn’t even get close to his dad’s property before he is spotted by him. Some scholars imagine the dad sitting at the city gate where the wealthy elders would sit and relax while their servants worked their land. And it was there that his dad saw him approaching. If that’s true, it gives the father’s response all the more weight, and makes the demand for a robe and a ring and sandals all the more powerful. Because, you see, the robe and ring and sandals would have hidden the son’s shame in losing half his dad’s property. His dad goes above and beyond the call of grace here, by not only hiding his son’s shame, but taking that shame on himself, because you better believe that the community would have judged the dad for allowing any of this to happen in the first place.

His dad should have disowned him, that would have been the customary response in that society. But again, we have another character behaving in very strange ways, exhibiting a grace that no one could have seen coming, let alone practice themselves. In the end, like the other two parables, there is a celebration! A celebration that far exceeds what was lost and the pain that was endured. And I wonder if that isn’t the point here—that grace should always exceed the loss—whether the loss be financial, physical, or emotional. Likewise, when restoration happens—whether it be a sheep or coin or child—the celebration should reflect the extravagant grace that made the restoration possible. Extravagant grace and extravagant celebration, and none of it makes any sense!

I believe this is why all these characters in all three of these parables from this chapter behave in such strange and nonsensical ways, in ways that go against societal norms or against plain ol’ common sense! Because grace don’t make sense! Grace applies love in unfair ways, because grace is less concerned with vengeance and more concerned with restoration. And that usually goes against the grain of society, and our innate human instincts. In these three parables, Luke and Jesus try to get us to see that following the ways of Jesus, means behaving in entirely new ways, in spite of the judgement that we might endure, in spite of how we were raised, in spite of our instincts. Extravagant grace, and equally extravagant celebration, is the work that we are called to. The cost of which can be high sometimes but we will talk more about that on Wednesday night. In the meantime, let us celebrate the perfector of the extravagant grace that we are called to practice, Jesus the Christ. Amen.