So, what may be on a lot of your minds right now after reading a story like this, is all the violent threats given by God. So, let’s get that out of the way now because it’s probably gonna have little to do with this sermon but I also think it’s irresponsible to let that violence go by without addressing it. When I was growing up, pastors didn’t talk about such things and so I just assumed that this was an accurate portrayal of God. Then I went to seminary. So, let me just say that I don’t believe that God kills people, for their misbehavior or for anything else. I do believe that the ancients of our faith believed that about God. I do believe that it was one way that they tried to make sense of the violent world that they lived in. It was a coping mechanism, and it was a pretty effective one for them. But just because they believed that about God, doesn’t mean that we have to. To believe that God would kill a whole group of people just because God was angry that they misbehaved makes God very small and very weak. And the God that I believe in is bigger and stronger than that. So, I hope you don’t get too hung up on these violent threats that supposedly came from God in this story because it could cloud what is a most unique, and quite powerful story that we have before us today.

We read this story before, in fact, not that long ago, I believe it was last Fall, and though I don’t remember what I preached about that day, maybe I should have looked, I don’t mind at all preaching on it again because there is so much to glean from this story. It really does read like a scene from a Lord of the Rings movie or TV show like Game of Thrones. At this time in the story of Jeremiah, God’s people are on the brink of catastrophe, on the brink of being overrun by the Babylonian empire and losing their home, their home that they believed was given to them by God. And so, Jeremiah makes one last-ditch effort to save them from completely giving up on God, because I think Jeremiah knew that there was no saving them from exile, and they would need God more than ever in the coming years. So he writes all this down on a scroll to share with them, only for it to be confiscated by their very own king!

And this king was a piece of work let me tell ya! He had an ego the size of a Tyrannosaurus Rex and the teeth to match! And as often happens which such characters in history, he was in major denial that he was about to fail his kingdom, the people, the land, all of it. And so we get this most insidious scene where he has the scroll read to him, the scroll that he confiscated, but he doesn’t just have it read to him, it’s read piece by piece, allowing him to stop, take a scribe’s knife, think exacto knife, and cut it, piece by piece, as it’s read to him, throwing each little piece into the fire. Now, aside from the fact that he may have needed to see a therapist, let’s take a step back and see what he is attempting to do with such a dramatic act like this. This is his attempt at erasing what he doesn’t like. Remember, huge ego, and it takes a huge ego to even attempt to do what he did, to even think he had the power to erase history. But that’s what he tries to do. And he failed, otherwise I wouldn’t be preaching to you on this right now, because God was much bigger and stronger than he. 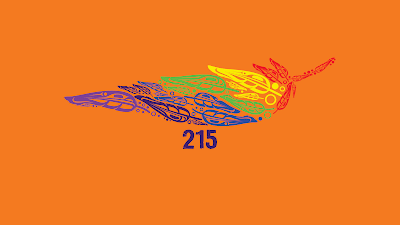 History is fraught with examples of attempted genocide—from the Aztecs, Mayans, and Incas to the Jewish Holocaust—attempts by those in power to erase those who don’t conform to their ideal society. A few weeks ago some horrifying news broke of the discovery of a mass grave up in Canada. It was on the grounds of the former Kamloops Indian Residential School. 215 indigenous children as young as three years old were found buried there. These types of schools were all over Canada, where they took children from their indigenous families and placed them into these schools to be reprogramed. Their native language and culture were banned at these schools, in an attempt to erase them. These schools were fraught with malnutrition, disease, as well as sexual, physical, emotional, and spiritual abuse. I’m sure many more details will come to light in the coming years, as they discover what indigenous peoples there have been proclaiming for decades.

This old story from Jeremiah should produce in us a few different reactions and responses. First, it should evoke in us some sense of gratitude that this story survived. Second, and more importantly, we should be asking ourselves what it could teach us today, because this old practice of trying to erase people is just as current as ever, and there are so many around the world and in our own neighborhoods who need our help in being remembered. And third, and most important, is to rest in the assurance that God is bigger and stronger than any effort to erase. God’s memory is mighty, and it is a memory used to love, not to condemn. Though there are many in this world that might seek to erase others from history and maybe even from existence, it just cannot be so for God. Our next hymn speaks to this power of God’s, to remember all people, even when our own memory fails us, even when the world tries to stamp others out. As we remain ever vigilant against those who continue in the work of erasing others, rest assured, that it will always fail. Thanks be to God. Amen.