“After Jesus finished presenting all his words among the people, he entered Capernaum.” That’s how Luke begins our passage for today, which comes from chapter seven. It’s easy to miss but Luke spells out in this one seemingly simple opening line, what the next few stories are all about. Words. More specifically, the power of words. Luke had a habit of stringing stories together in order to make a singular point, and this chapter is one of many that exemplifies that. I don’t have to tell you, but I will anyway because that’s my job, of how powerful words can be. They have the power to both heal and destroy, to both bring life and death into this world, figuratively and literally. Jesus surely wasn’t the first to introduce this. The Hebrew scriptures are full of stories, proverbs, songs, and poetry that express the power of words. But when Jesus, the Word made flesh demonstrates it, well, it makes stand at attention, if not altogether gasp in awe. 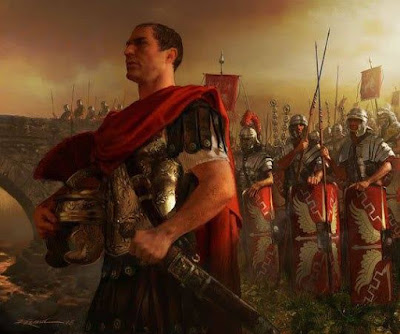 In the first story that Luke shares, we have a centurion, a high-ranking Roman military commander, who had a servant who was on her death bed. He is apparently in good standing with the Jewish community there and asks them to send for Jesus to heal his servant. They do as he asks and Jesus goes with them to tend to this dying servant. But just before he reaches the centurion’s home, Jesus is stopped. Jesus is then given another message from the centurion saying that he doesn’t want Jesus to physically come to his home, claiming that he is not worthy. Instead, he says that all Jesus has to do is say, with words, that his servant is healed and she will be healed. Because you see, as someone who knows the power of words, the weight of giving orders and having those orders followed, the centurion has complete confidence in Jesus’ ability to heal his servant from right where he is standing. Jesus is gobsmacked, he is astonished, amazed, impressed as our translation puts it, at the trust that this centurion has, and lo and behold, when the messengers return the servant is healed. 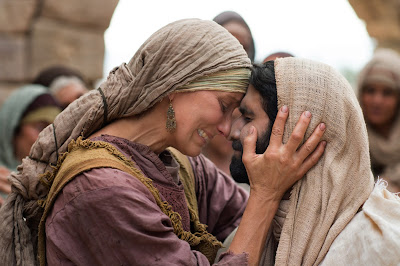 Luke then shares another little story. This time he is in the little town of Nain, about a full day’s journey from Capernaum. There he meets a widow who’s only son has just died, whose body is being carried out of town to be buried. Luke shares that Jesus had compassion for the widow and motioned for the people to stop moving the body. Jesus, using his words once again, tells the young man to “get up.” The young man does just that, and Jesus returns him to his mother.

In both of these stories, words are everything. Words are the only thing that pass between Jesus and the ones in need. Words are the only thing that connect the healer and the healed. Words are how Jesus knew of the trust that the centurion had in him, even though he didn’t hear it directly from him but through messengers. Words are what astonished Jesus so, words are what moved him to heal that dying servant. And it was with mere words that Jesus raised the widow’s only son back to life, back to her. Words are everything in these stories, and they are for us too. In this day and age when so much of our lives are recorded. Every social media post, bank transaction, driving violation, not to mention never knowing when you’re being video recorded, whether it be on someone’s cell phone, door bell, or a street cam! It goes without saying that our words can come back to bite us if we’re not careful.

Words have so many healing properties though too, whether those words are spoken or words that you choose to not let out. Words can heal so much of what’s wrong in our world. Could that be what Jesus and Luke were trying to get across to us? I mean, sure, they were also flexing Jesus’ power too, right! Luke wanted us to know that Jesus was the real deal, the ruler of the cosmos, with power over death. I get that, and we need that too. But I also believe that we can’t stop there. What good is it to have an all-powerful Jesus if it’s not going to make a difference in our lives? In fact, right before these stories, at the end of chapter six, Jesus asks his followers in frustration, “Why do you call me ‘Lord’ and don’t do what I say?” Which is why I believe Luke is pushing us to ponder the power of our words, and not just Jesus’ words.

I was watching the news the other day, something I do way too much of these days, and I came across some powerful words by a politician, representative Dean Phillips from Minnesota. He was speaking on the floor of the house about his experience during the insurrection attempt at the capitol. It was quite an eye-opening experience for him and before I share with you my final takeaway from this passage from Luke, I’d like to share his words with you now.

Now, depending on your perspective, you will have different reactions to his words. And many might think, they’re just words, what good can words do. I can only share with you what my reaction was. As a person of color in this country, I bounce between being invisible and sticking out like a sore thumb. I’m often not seen for who I really am, not seen in ways I wish people would see me, to the other extreme of being seen in all the wrong ways, in unfair ways with unfair presumptions. And when representative Dean Phillips shared his a ha moment, when he first understood privilege, really understood it, because of how his colleagues of color could not blend in like him, when he shared that, I felt seen, I felt understood, more specifically, seen by a white person, understood by a white person. His words brought life to me, from so far away, through a TV screen, from someone I don’t even know. Words are everything, in Jesus’ day, and today.

Which brings me to my final takeaway from these stories. There’s a detail common in both of these little stories that Luke shares with us that, if overlooked, we lose a powerful point that Luke was trying to make. The centurion that Jesus helped, was an outsider, a gentile, not who Jesus’ fellow Jews had traditionally considered to be part of God’s people, and likewise, not someone that they would normally feel any sense of duty towards or responsibility for. A Roman centurion just wouldn’t be someone that they thought was their problem to help out, and would have been seen as more Roman soldier and less human being. Likewise, a widow, without anyone to care for her, meaning, without a male to take responsibility for her, was a huge group of people that easily fell through the cracks of society. And even though she was from the Jewish community, there weren’t exactly people standing in line to take care of widows, to take responsibility of widows. And so, even a Jewish widow, who was supposed to be considered part of God’s people, would fall into obscurity, practically invisible.