Like many of you, I have been waiting to sing O Come, O Come Emmanuel all year! It is one of my all-time favorite hymns! I had a lot of fun searching for the best one online to share with you, and when I found the one I couldn’t help but sit here and just listen to it. I attempted to sing along but as you have witnessed more times than I’d care to admit, I began to cry. I just couldn’t help it. I miss singing with you all, and hearing our voices become one, rising to the heavens. Though I couldn’t sing it, I read through it, and pondered why this song has meant so much to me through the years. One reason of course is that we used to use this song for our family Advent devotions when our kids were young. We’d read a Bible passage, say a prayer, and sing a verse of this song, adding a verse each week. But as I read through it, I noticed something else that makes this song so moving for me, and that is its honesty. What I mean by that is, though it is a very hopeful song, it does not shy away from painful experiences, nor does it silence our lamentations, but rather welcomes them: using images of exile, captivity, tyranny, misery, shadow, brokenness, even Satan and hell get honorable mentions.

Why does this move me so? Because it speaks of this deeper truth that weeping and hope do not exist exclusively from each other, but they often go together with us, hand in hand, as partners. I love that because we need to make room for both hope and lament in our lives, and find balance in them as best we can. We should not live as if only hope exists and that remembering past pains is somehow contrary to that hope. Nor can we only live in our weeping, ignoring the hope given to us for our futures. Neither is healthy. And so, that hymn comes to us at the perfect time each year, now more than ever. You’ll notice that all our hymn selections today carry within them this dual nature that Advent provides us, weeping and hope. I don’t have to tell you how tough this season can be for many, especially as we remember those who have died that we don’t get to spend the holidays with. Not to mention the rampant mental health challenges that come with this time of the year for so many. 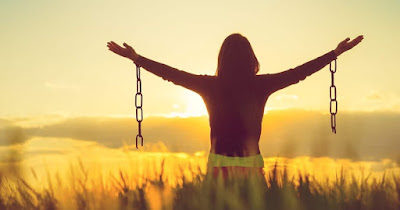 So we come to this final passage from the Hebrew scriptures with this same theme of weeping and hope. Yes, I said final, we are finally at the end of our selections from the Hebrew Bible for the year and will begin our Gospel readings next week, which will all come from Luke and will remain there until Easter. I love these old Hebrew stories, don’t get me wrong, but I’m really looking forward to reading through Luke with you, and I’m sure you are too. This final Hebrew passage comes from the end of the book of Isaiah, what has traditionally been known as Third Isaiah. Scholars have identified three separate works in Isaiah, occurring before, during, and after their exile, written by at least three different authors. I share this with you because Third Isaiah came to them after the exile when they were not only trying to put the pieces of their national and religious lives together, but also trying to make sense of the exile. And that’s where Third Isaiah comes in.

Like many of the passages we have been reading lately, it completely upends what they thought they knew about God and how God operates. For example, though not in our reading for today, Third Isaiah opens with the declaration that foreigners and eunuchs are to be included among God’s people if they want to be. This is not only a radical word of inclusiveness, but a radical departure from previous teachings, and dare I say, contradictory! What? The Bible contradicts itself! Never! Is my sarcasm coming through? Good. These are two groups of people, foreigners and eunuchs, that had previously, and explicitly, been excluded from among God’s people. And yet, here is the author of Third Isaiah saying just the opposite. Opening the door for more and more people the closer we get to the end of the Hebrew scriptures. Have you noticed that progression? It’s almost like this is all working towards someone just flinging that door wide open, isn’t it! Hmmmmm, wonder who that could be? But back to our reading for today.

Third Isaiah is known for its hopeful nature, and not only it’s hope but it’s future orientation. At that time, God’s people didn’t just need hope but needed that hope to direct them toward the future. Imagine a prisoner being set free after spending most of their life there. That was God’s people coming out of the exile. Have you ever seen the movie The Shawshank Redemption? If you haven’t, I highly recommend it! It’s a story that centers around prison inmates. Over the course of the movie, you get to see several of them released. There’s an old inmate that had spent most of his life in prison, and when he gets released as an old man, he returns to society, to a world he doesn’t really know. He has no family, no connections, no structure, no purpose, no hope for a future, and he, unfortunately, takes his own life. This is what Third Isaiah sets out to protect God’s people from—from the grips of despair, with a word of hope for their future.

The images in this passage are indeed hopeful. The author writes of: good news, liberation, vindication, comfort, joy, rebuilding, restoration, renewal, blessings, and growth! It’s hard to come away from this passage and not have your hope shored up and ready to take on another day! However, I also find the same thing that I noticed in our hymns for today. In the midst of the hope and encouraging words, there is also an acknowledgment of the pain and brokenness that they had just experienced and were still experiencing, for the author also writes of: the poor, the brokenhearted, captives, prisoners, the mourners, and the discouraged. It seems that weeping and hope have been partners for quite some time. Have you ever been made to feel like your mourning has lasted too long? Have you ever been told, in so many words, that you should be over it by now? It can come off as a bit judgy, can’t it, especially if it comes from religious people. As if your tears are somehow disrespectful to the hope that God has provided you. 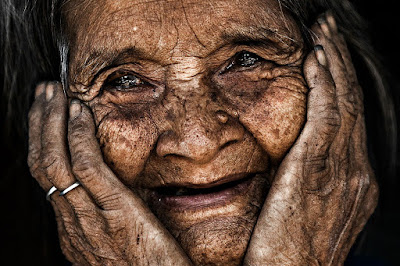 I think this just comes from people who don’t have a good grasp on how hope works. It’s not a magic wand that turns off your tears like a valve. And again, our tears and our hope do not work exclusively from each other. In fact, dare I say, that they actually make each other all the more powerful, all the more effective? I believe so, and I find this truth of our faith to be so needed right now, in the midst of this pandemic, an exile of its own. Last night, my wife Sara told me that the company that she works for would be among the first getting the COVID-19 vaccine for her and her fellow employees as health care workers—and once again, I cried. And they weren’t just happy tears but pent up tears of frustration, fear, anger, and lament of so much we have all lost this year.

This passage from Isaiah is certainly coming at the right time for us, as it encourages us to remember our pain while we hope, it gives us permission to weep while we hope, it gives us a place to put our tears while looking forward to a renewed future. May we have the insight and heart to provide this for those around us, a place for weeping and a place to hope, and the wisdom to know that those aren’t two different places. Thanks be to God. Amen.