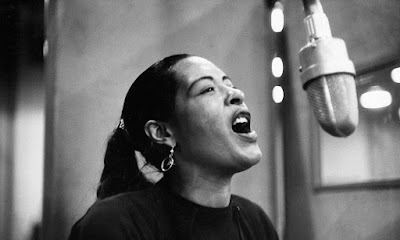 In 1939, Billie Holiday began performing the song Strange Fruit in a New York City nightclub called Café Society where she was a regular performer. Written initially as a poem a few years earlier by Jewish-American Abel Meeropol, it is known by many as the song that launched what would later be known as the Civil Rights Movement of the U.S. American South. It was inspired by a photo taken at a lynching of two black men in Marion, Indiana, the photo of which I have chosen not to share here but will include a link when I post this for any who choose to view it. If you have the stomach for it I’d encourage you to, as it is certainly a part of our history that we should be ever vigilant of repeating. Billie Holiday and Abel Meeropol, like many in their day, were sickened by the news of how black people in America were being mistreated and so used their influence, talent, and heart to raise awareness and speak out against it. The author used the metaphor of a fruit-bearing tree with powerful effect. I’d like to share the original recording of it with you now.

When Billie Holiday began performing the song she was afraid of retaliation and didn't know how violent it would be. But the song reminded her of her father so she continued to perform it. She would close each of her performances with this song, with the lights turned down except for a spotlight on her face, without an encore. Her record label feared the reaction in the South, and her producer refused to record it for her. She had to get an exception from her recording contract in order to find someone to record and publish it. The song went on to sell over a million copies and became her biggest selling record of her career. However, it is the powerful legacy that this song left on our nation that has lived on, as well as inspired countless activists, and even more importantly, change. 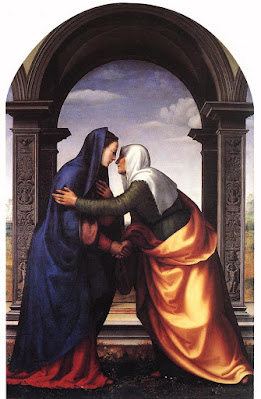 Protest songs have been a part of human cultures since biblical times, probably even earlier but I'm not a historian. The Bible has quite a few notable ones from well-known characters such as Elizabeth, John the Baptist’s mom, Miriam, Moses’ sister, Hannah, Samuel’s mom, which we read two months ago, and the one that I read to you today from Mary, the mother of our Lord, known throughout the ages as the Magnificat. The last time I preached on the Magnificat I referred to Mary as a badass, to mixed reviews. As much as some did not like that language used in a sermon, it has become one of my more well-known sermons, and so, mission accomplished. I've even had people ask for the link to that sermon so that they could share it with a friend who needs to hear a different kind of sermon from a different kind of pastor. But don't think for a moment that I use language like that just to get a reaction or to be memorable. In Mary's case, it is done with the utmost honor and respect for her legacy.

She sang this song after a lifetime of living in a broken world, filled with injustices, and she used her influence, talent, and heart to bring awareness to that world, and more importantly, change. She took a look at the world around her, the evils that she had first-hand experience with, and shone a light on them to be seen and heard by all, that has endured for 2000 years. If she wasn't the baddest mother that ever lived I don't know who is! She had just been given the most incredible news the world had ever heard, that the savior of the world would be born through her womb, was asked to make this lifetime commitment to a project in the making since the creation of the world, and her response, is a protest song! I'm at a loss for words, other than, wow! Not to get ahead of ourselves or anything but her son grew up to be the world's most well-known protester and if anyone wonders why, all they have to do is take a look at his momma.

As I sit here and ponder this story, one word comes to mind—commitment. There are a hundred reasons that Mary is worthy of the pedestal that we put her on, and this is the one that is standing out to me now, her commitment. When the angel Gabriel finished sharing his good news to Mary, she could have said no. That was an option on the table for her. And before anyone thinks that God wouldn’t have asked someone that would have said no, you’re missing the point. Saying no to God is always an option for everyone, even Mary. Just ask old Zechariah, Elizabeth’s husband, about saying no to God and how that worked out for him. There’s a reason why he’s silent in this story! [Did you see what I did there?] Likewise, Mary could have said no, but she didn’t. She said yes!

Not just yes to Gabriel but yes to carrying this savior to full-term, yes to raising this savior through his terrible two’s, through the teenage years, yikes!, yes to caring for this savior for her whole life, yes to all the joys and heartache that was yet to come. It was a yes heard ‘round the world, that still echoes to this day! Who can read this story and not just sit there in awe of this momma to be? Especially us, who sit here on this side of the cross. But, again, let’s not get ahead of ourselves! Can you tell how excited I am to finally be reading from the Gospels again?

As I close out this time with you today, I’d like to invite you to ponder with me, all the people in your life, whose “yes” has had a positive effect on you, whose commitment has changed your life for the better, and most importantly, whose “yes” has allowed God’s “yes” to reach you all the more powerfully. Because at the end of the day, there is no pedestal high enough that we could place Mary upon, that could match the unconditional love, the tireless commitment, the ultimate “yes”, that we have received from God, through Jesus our savior. Mary would be the first one to tell you, that this is where her protest song was pointing from the beginning—to her soon to be baby boy, the savior of the world, Jesus our Lord. Thanks be to God. Amen.