One of my family’s favorite Christmas movies is A Christmas Story. And one of my favorite scenes is when Ralphie is getting punished for saying a bad word and lies about where he heard it from and says it was one of his friends from school, Schwartz, when it was really his dad. His mom then phones the mom of that boy to tell her about her foul-mouthed son. Do you remember that scene? Here’s what happens next…

Poor Schwartz. He never even saw it coming. He is a great representation for God’s people in the book of Joel, which is where our reading for today came from. Joel is a short little book, only three chapters long. It should only take you about ten minutes if you want to sit and read the whole thing. One thing unique about it among the writings of the prophets, is that it never explains why God’s people have endured such hardships. The book opens with God’s people being rained down upon with a swarm of locusts, a very biblical image of God’s punishment used numerous times beginning with the Exodus, but there’s no explanation as to why this punishment had come. Just like Schwartz from that beloved Christmas movie, without a word from anyone, a hailstorm of trouble comes raining down upon them. The difference here though is that unlike Ralphie’s friend who cried “What did I do, Mom!”, God’s people knew exactly what they did. Even though Joel may have not spelled it out, they had numerous prophets before Joel who had spelled out their misbehavior for them.

Maybe Joel thought that there was no need to rehash all that judgement upon them, that they had heard enough of it from his fellow prophets over the ages. But I like to think that Joel had other things he wanted to share with them in his short little three-chapter book, more important things, more powerful things to share with them. Let me first tell you where we are going to land and then we’ll follow the path that Joel takes us on to get there. The book of Joel, though short, packs a powerful punch, and as a whole, it’s a book that passes the baton. The book of Joel is possibly one of the last books to have been written and included in the Bible, depending on who you read, that coupled with the way the way the book ends seems to lend itself well to a prophet who is setting his people up for life on their own, without the guidance of prophets. So, that’s where we’ll land but lets first take a look at how Joel gets there by taking a look at these two short passages we have before us today. 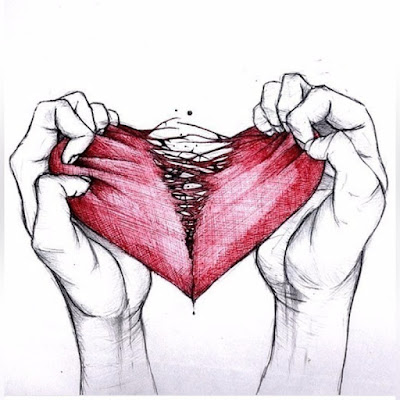 Joel starts out our passage with the striking image and call to tear our hearts. It’s a visceral image, crude even, and that was the point. God says, “return to me with all your hearts, with fasting, with weeping, and with sorrow; tear your hearts and not your clothing.” This reference to tearing ones clothing was an ancient practice. It was an outward sign of repentance and mourning. Tearing your clothing was a signal to others and to God that you were sorry for what you had done and were taking the steps to get yourself back on the right path. It also had a sacrificial element to it because clothes weren’t cheap then either. However, even though God was calling them to fast and weep over their sins, both outward signs of change, that really wasn’t what God was after. We get the sense that God was kind of over those outward signs. God had had enough of animal sacrifices and tears and tearing of one’s clothes. What God wanted to see was a change of heart, or as God put it, a tearing of one’s heart.

Now, this tearing could be seen in different ways. Is God calling us to wound ourselves? Maybe, but I hope not. Is God calling us to sacrifice a piece of our hearts? Well, I think that’s getting closer. Is God calling us to remove something from out hearts? I think that’s a real possibility! We hold lots of things in our hearts, good and bad. When we say that something is close to our hearts, we are saying that it is valuable, that it is important to us. But I think we also let a lot of other things slip in, sometimes by accident and sometimes not so much. For instance, there was a time in my life when I thought there were certain sins that someone could commit that would automatically send them to hell. I held that belief close to my heart and thought that I was justified in doing so. At some point, I realized that though I held that belief so dear, it had no place in my heart, and eventually needed to be torn out. And those of you have done the same over the years, you know, it can be quite painful.

Joel then moves on to quoting the Book of Exodus with a verse that you might recognize from the season of Lent, we sing this as the Gospel Acclamation because it doesn’t have any Alleluia’s in it, “Return to the Lord your God, for God is gracious and merciful, slow to anger, and abounding in steadfast love, and ready to forgive.” I love that this part is smack dab in the middle of our reading because it reminds us that this tearing of our hearts business is not a salvation issue. We love to make everything about salvation, especially when reading the Bible, when the reality is that very little of the Bible actually is. Two weeks ago, we read from Jeremiah, and according to Jeremiah, God was done playing the game of conditional love. Apparently, God is fed up with lots of the games that God’s people had been playing! No longer would God’s promise of love and presence in their lives be conditional on their good behavior. Period. This was known as the New Covenant. 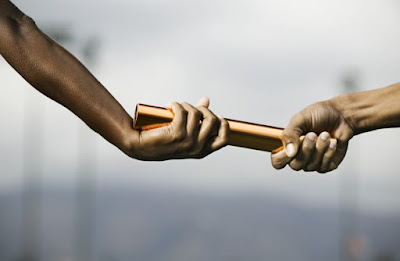 We then move on to the part that really highlights the passing of the baton nature of this book. God says, “I will pour out my spirit upon everyone; your sons and your daughters will prophesy, your old men will dream dreams, and your young men will see visions. In those days, I will also pour out my spirit on the male and female slaves.” At our Wednesday evening Bible discussion a few weeks ago, when we first started down this path of the prophets, we had a good discussion on what a prophet was. The group made a clear distinction between a prophet and the average follower of God, the group really held prophets above us, put them on a pedestal, if you will. I think most of do that with just about any Bible character, let alone the prophets, so I didn’t challenge them on that…yet.

But then we come to this passage from Joel, especially these final verses, and Joel challenges all of us about what and who a prophet is! God says that God will pour God’s spirit on everyone! Ok, that sounds kinda like our Day of Pentecost, nothing out of the ordinary there. But then he describes what that spirit will make us do and who it will affect. It will cause God’s people to prophecy, to dream dreams, to see visions. Who does it sound like God is describing? Prophets! And who, again, will God be pouring out this prophet-making spirit upon? Everyone! And just in case we’re not clear on who “everyone” includes, God says, sons, daughters, the old, the young, even, get this, male and female slaves! When God says everyone, God means everyone! Even, you and me.

During the time when Joel was written, God’s people were returning from exile and rediscovering who they were. And Joel was there to remind them that, one, they weren’t alone, and two, they were more capable than they realized, for the very spirit of God had been poured into them. In the midst of our own exile, this damned pandemic, Joel once again speaks to God’s people as we rediscover who we are—to remind us that we are not alone, and that we are more capable than we know, for the very spirit of God has been poured into us. And when we emerge from this exile, and we will emerge dear friends, we will not come out the same people, we will have been changed. But I have to believe that because of the very spirit of God that has been generously poured into us, that we will be changed for the better. We will have a strength and perseverance that will rival any swarm of locusts that the world wants to fling at us, standing side by side with God, as prophets of God! Amen.