So, since last week’s reading it looks like we’ve skipped a lot of material but really, in the grand scheme of things, we’ve only skipped a few major events. Last week we read about the conception of the prophet Samuel and he did indeed grow up to become one of the greatest prophets of the Bible. He anointed their first king, Saul, which went horribly wrong! I mean, Saul was a real piece of work! In Saul’s defense, it’s pretty clear that Saul was suffering from some mental health challenges. When it was clear that Saul was not going to lead God’s people the way they had hoped, Samuel anoints a new king while Saul was still on the throne mind you! This book is like a season of Game of Thrones! To add insult to injury, this new king was just a boy. Well, just a boy who can slay giants but that’s besides the point. Saul eventually commits suicide and that boy then grew up to become the ruler we now know as King David. Was David an upgrade from Saul? Absolutely not! He turns out to be just as bad but thankfully we don’t even have to get into any of that because today’s passage is from the beginning of David’s reign, before the plethora of bad life choices ensued.

Here, in these first few chapters of 2 Samuel, we get to enjoy the young and naïve King David, a king with all the hopes and dreams ahead of him that he could possibly imagine. And with that in mind, in walks the prophet Nathan, stage left, into this scene with a message from God like no other. This is the prophecy of all prophecies and we get the privilege to watch this scene play out from the audience. So, David begins a conversation with the prophet Nathan by telling him that he’d like to build a house for God. For a little background on this idea, you see, their worship life had centered around the Tabernacle, which was a portable, large but portable, worship space for God, which included the Ark of the Covenant, remember that big gold chest from Raiders of the Lost Ark. That chest and that portable worship space were thought of to be the closest you could get to God on Earth. So, wherever the Tabernacle went, God went and vice versa—or at least, that’s what they believed.

So, David thinks that it’s high time that God got a temple of God’s very own. A central and permanent place for God to dwell and watch over God’s people. After everything God had been through with them, David figured God deserved this. Which, if you think about it, is kinda arrogant in and of itself on David’s part but let’s move on. Nathan tells David to do whatever he wants to, probably thinking that everything else that David has done has been blessed by God and prospered so why not, build God a house. However, that night, Nathan gets a visit from the almighty, and God says no. And if you read between the lines here, it’s almost as if God is doing everything possible to not be offended by this idea! Again, David is young and naïve and a bit egotistical, and so, maybe God keeps that in mind and chooses not to flip out too badly. What God does do is remind David of a couple things. One, God has never needed a permanent residence before. And two, God has never once asked for one.

Then God launches into a monologue of all the things that God has done and will do: “I took you from the pasture; I have been with you every step of the way; I have eliminated all your enemies; I will make your name great; I will provide a place for my people; I will plant them; I will protect them; I will give them rest; I will make a dynasty of you; I will raise up your children; I will establish their kingdom; I will be their father; I will discipline them; I will establish this throne forever.” The key word in all that is forever but we’ll get to that in a minute. Before that however, did you notice where the focus was in this monologue of God’s? That right, it was on God. I lost count of how many times God used the pronoun I! This reading began with David saying what he was going to do and God’s response was, “That’s cute. But let me briefly remind you of what I have done and what I plan to do.” David thought he was the builder of this story, and God was there to tell him that, no, God is the builder, always has been, and always will be. And you’d do well to remember that, little David. 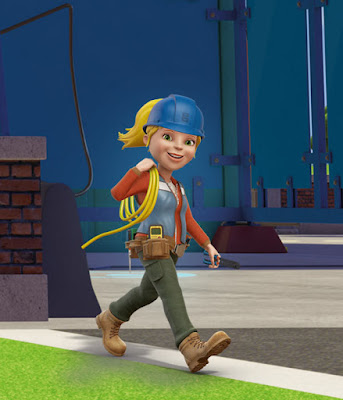 Believe it or not, this passage has been thought of by scholars and theologians for millennia as the lynchpin that the entire Biblical narrative hinges upon, for both Jews and Christians alike. Scholar Tony Cartledge put it this way, “This chapter is the ideological and theological climax of the books of Samuel, as well as of the entire Deuteronomistic History. All that follows is an extended denouement.” This is what draws and binds all the strands of the overall narrative together. Why? It’s because of that one little word, forever. You see, this was written long after the rise and fall of King David, it was written long after the rise and fall of the kingdom itself in fact. And yet, the author believed that somehow, God’s promise to establish David’s throne forever, would still be fulfilled, even if all the external evidence seemed to prove otherwise! The fact that they would even write any of this down, knowing how the kingdom fell, is a testament to their faith in a God who was a masterful builder, so masterful, that God can build anything out of anything, even out of nothing.

My family and I are hooked on a few HGTV shows. One of our favorites is Home Town. It follows a couple who is trying to revitalize their small Mississippi town one house at a time. They are truly masterful house restorers. The husband is known for his carpentry work and he always ends up in some abandoned barn or shed, and when I say abandoned I mean abandoned for like a hundred years! We’d pass by them and just see trash and a demolition site but not this guy, he sees treasure each and every time he goes to one of those abandoned barns, leaves with a truck load of old wood, takes it to his shop, and makes some of the most beautiful wood pieces you’ve ever seen! It’s truly astonishing what he is able to see, when most of us would just see trash, or at most, something that was once beautiful but is no more.

God is in the process of building something bigger, something grander, than our tiny little minds could ever comprehend. Now don’t get me wrong, I’m not saying that we should just sit on our hands and let God do all the building! No, we have a part in this too, we have a responsibility to put on our own tool belts and be ready for whatever God needs us to do, co-workers with God, side by side! But if this chapter tells us anything, it's that God has never stopped building for our future, no matter how hard it may be for us to recognize. Because you see, when God says forever, God means forever! Don’t mind the dust and ashes that you may be sitting in! God is still building! You see, they didn’t know this, but they had faith that God could somehow fulfill God’s promise of forever. And oh boy did God ever! Because one of David’s children, many generations after, would become royalty like the world had never seen, and would use that royal influence to form this world into something a little more like it was intended to be. And that work, still isn’t finished yet, that same work continues—because God never stops building. Never. Thanks be to God. Amen.