Last week, you and Sara Wilson read the story of the first Passover, when God saved the Israelites from the Pharaoh and a lifetime of slavery. They then escaped Egypt, crossed the Red Sea, and ended up in the desert wilderness of the Sinai Peninsula. They eventually find themselves at the base of Mount Sinai, but not before a few key events had already taken place between the story of the Passover and today’s story. In between that time they had been fed with manna and quail, they got water from a rock, God saved them from an invading army, they then arrive at the base of Mount Sinai where God gives Moses the Ten Commandments as well as instructions on a wide variety of topics like slavery, human violence, animals and property, and social and religious matters. Moses then comes down the mountain, gives them all these commandments and instructions, and makes a covenant with God that they will obey them all. Moses then goes back up the mountain and gets a truckload of more teachings, mostly around the construction of the Tabernacle, which was basically a portable worship space, and even instructions on building the chest, or Ark of the Covenant, which you will know from the first Indiana Jones movie!

It is at this point of the narrative that we jump in because Moses was up on that mountain downloading all these blueprints from God for a long time, God must have had really bad WiFi up there because Moses ending up being there for 40 days! But the Israelites down below didn’t know that, we as the reader know that but they didn’t. So, as we humans often do, they got restless and impatient. And this wasn’t new behavior for them. Before God fed them with manna and quail they accused Moses of leading them out to the desert to die! And God’s response was not punishment, though that would have been my response if I were God, but no, God instead fed them. This time around, they get so impatient that they asked for Aaron, Moses’ brother, to make them some gods to lead them, and by asking Aaron it also sounds like they’re looking for some new human leadership as well because they’ve seen neither hide nor hair of God or Moses for who knows how long! What is very surprising about this turn of events is that it occurs after they had experienced so much with both God and Moses at this point! And yet, they turn on them both. 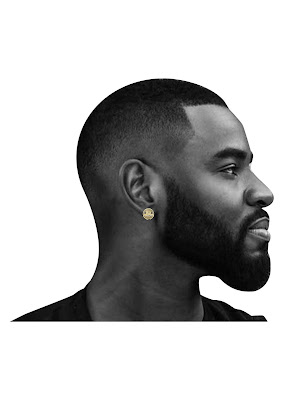 Now, like any Bible story, there are a lot of different ways we could go with this, as it’s such a rich story ripe with lessons. But when I read this story as I began to prepare for this sermon, there was a detail that really struck me, one that I hadn’t noticed before. Many a sermon has been preached about sin using this story, and that will be the basis of this sermon too but maybe a little more nuanced than normal. So, the detail that really stuck out to me was this, the jewelry. Did you catch mention of the jewelry when I read it? Now I remembered that Aaron asked them to gather their gold for the calf but I never noticed that the gold they gathered was their jewelry. Earrings to be precise! The author wrote that Aaron said, “’Take out the gold rings from the ears of your wives, your sons, and your daughters, and bring them to me.’ So all the people took out the gold rings from their ears and brought them to Aaron who collected them and…made a metal image of a bull calf.”

Now, why do I find that significant? I find it absolutely fascinating that they gathered those beautiful things, things that held value to them, that they adorned themselves with, to commit one of the biggest sins recorded in the Bible. And that’s no exaggeration. This sin, the sin of the golden calf, was thought of by Jewish theologians over the past few millennia, as thee sin, the chief sin of God’s people, even worse than the sin of the tree of knowledge of good and evil, the sin that got them kicked out of Eden! Yeah, that bad! And if you think about it it makes sense. At least Adam and Eve could blame it on a snake or their naivete. But in this story of the golden calf, there was no snake to blame, and not only did they know their God well by this point in their history, but they had also just experienced God’s majestic rescuing from the hands of the Egyptians. Not to mention the fact that they had just made a covenant with God claiming that they would adhere to the Ten Commandments as well as all those other instructions! They had run out of excuses. This, hurt God far worse than any forbidden fruit incident. But let us return to the jewelry.

It makes you wonder doesn’t it, that as all those men and women were removing their earrings, none of them stopped to think how ironic it was that they were offering up something of beauty and value in order to commit the most grievous of sins. I mean, it’s one thing to get impatient with God right, we all do, we the people of this current pandemic are now masters of being impatient with God! But to commit a sin the way they did, I mean this was so premeditated, with plenty of time to reconsider. You don’t just collect pounds of gold, melt it down, and form a calf in the blink of an eye! No, this took time, and at no time did anyone think that was a bad idea. Not even Aaron, Moses’ own brother! Wow! To be fair, maybe some of them did reconsider, but were too afraid to speak up. Whatever the case, the deed was done and we are left with this sobering account of the sin of all sins committed by God’s own beloved people.

So, a common question that preachers are asking their congregations today is, “What are the golden calves that we create today?” And it’s a valid and worthy question to be asking. But you know me, that’s just too easy. The reason why the jewelry, the earrings, caught my attention, was because it caused me to ask, “What are the things that we value today, that we adorn ourselves with, that we then turn into sin?” Especially without even realizing that we’re doing it! Take, for example, pride. Pride isn’t inherently sinful. We adorn ourselves with pride for our country, for our heritage, for the color of our skin, for our gender, for our sexuality, for our children, all good and wholesome things that aren’t inherently evil. But how quickly that pride can come at the exclusion of others, can’t it! I was recently talking with my dad about how Hitler came to power in Germany, because apparently that’s what children and parents talk about these days. Anyway, we talked about how their pride for their country and their heritage was warped into something ugly, or as I’d put it, something sinful.

I’d love to hear the examples that you come up with. What are other things that we adorn ourselves with, that we value, and turn into something sinful? There’s a bit of a teaser for this Wednesday’s Bible discussion! For now, I just can’t leave you there. I can’t leave you thinking about sin! Because there’s an even more powerful act at work here that must be proclaimed and celebrated. For those of you who have attended my Ash Wednesday services of the past few years, know that our last song for today is one of my favorite songs to use on that night. It’s called Beautiful Things. And though it’s not Ash Wednesday, I couldn’t help but think of this song. It proclaims and celebrates God’s ability, no, more than ability, God’s willingness to make beautiful things out of things that we certainly don’t find beautiful—our sin, our pain, our loneliness, our anger—you name it, God can make something beautiful out of it. Even if it’s you, your very being, your very existence, that you don’t find beautiful.

But that’s not our next musical selection, because, well, I’m a Lutheran pastor and we Lutheran pastors can’t just be all good news. We are trained to also acknowledge the brokenness around us, especially when we are at fault for that brokenness. So, this next hymn is a wonderful, if not alternative version, of a familiar hymn we’d usually hear during Lent called Our Father, We Have Wandered. But have no fear, Beautiful Things is where we will end, because God’s willingness to transform us, and our deeds, into something beautiful is never-ending. Thanks be to God. Amen.