Did you know that the eyes you were born with are not the eyes you are using today? Let me explain. Have you ever had an experience with someone that made you see them in a whole new way? Those times when you realize that you’ve judged someone a little too soon? It’s happened to me on more occasions than I’d care to admit. I’m a pretty good judge of character but it’s failed me a time or two. I have judged someone too quickly, dismissed them as someone I would not get along with, let alone be friends with. And then out of the blue, they do or say something that catches you off guard and makes you see them in a completely different way, and of course makes you realize that your previous judgement upon them, your previous dismissal, was not only done too soon, but was completely wrong; leaving you to feel as small as a bug. Can you relate to that experience at all? I hope I’m not alone here! 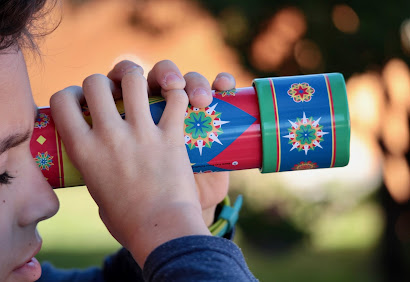 In this fifth chapter of Second Corinthians, Paul has his mind on our sight, our ability to see or not see, but also on things that are visible and other things that are invisible. And it makes sense that his mind was there because that where his mind was at the end of chapter four, which you read last week. Right out of the gate, Paul begins this topic by speaking of tents and buildings and home. He refers to our earthly home as a tent. Tents are not only portable but they are temporary, so it makes sense for him to use this as an analogy for our earthly home. He goes on to talk about a building, a house, that can’t be seen, in fact, it isn’t even made with human hands. More than that, it’s not even here on earth but in heaven, and is from God. So, again, Paul begins this chapter by speaking of things that we can see, our “tent”, and things we can’t see, our “house” in heaven.

Then Paul writes one of his well-known catch phrases, maybe not his best known, but Paul has this knack for writing this short one-liners that fit easily on a t-shirt and this is another one of those. He writes, “We live by faith, not by sight.” Good stuff, right. That bumper sticker material right there. I’m not sure what that means to most people, but I have a feeling that phrase gets misinterpreted more often than not. I’m looking forward to hearing on Wednesday night at our online Bible discussion, how you have interpreted that in the past. For me, I don’t hear that as Paul urging us to not use our sight, but rather, to use our sight differently than we have in the past, the basis of which as he says, is faith. But what does that even mean, and how do we live that out? What does that even look like in our everyday lives?

For that, we have to continue through this chapter. Paul then uncovers what he has been driving towards, the ministry of reconciliation, but he continues to use this same metaphor of sight, of things visible and invisible, which is even more important now because he’s going to use it to show us how we can engage in this ministry of reconciliation. But before we can get to that, we have to know what is a ministry of reconciliation. According to Paul, it is based on one simple truth, that through Christ, God is not counting people’s sins against them. That is how God has decided to reconcile with us and that is the message of reconciliation that we have been entrusted to spread, and not only spread but to live out with others, to reenact with the world, to practice our faith with, which is where the talk of sight comes in.

This ministry of reconciliation is the most important work that we could be called to, and it is hampered when we are unable to see with these new eyes that we have been given by our baptisms. So, what does that mean exactly? Paul helps us out with this a bit. Paul writes, “from this point on we won’t recognize people by human standards. Even though we used to know Christ by human standards, that isn’t how we know Christ now. So then, if anyone is in Christ, that person is part of the new creation. The old things have gone away, and look, new things have arrived!” In other words, this work of reconciliation cannot happen unless we learn how to see with new eyes, unless we learn how to see others not by the standards of this world, but of God’s standards, the same God whom Paul just said is not counting people’s sins against them. That’s not what we usually think of when we think of God’s standards, is it. No, we usually think of trying to be these perfect little human beings that don’t sin, an impossible goal! But that’s not what Paul is talking about. For Paul, God’s standards are an acknowledgement of sin, but without the condemnation. And the only way to do that, is to be able to see others with new eyes, eyes of faith, given to us through our baptisms.

So, what does this look like? Well, it can be as simple as the opening example I started with—not being too quick to judge or dismiss others. Giving people the benefit of the doubt. Or reminding ourselves that there is more to people than what we see, or as Paul called it, the “superficial appearance, and not in what is in the heart.” I like how he reminds us how they once thought of Jesus by human standards, but then realized there more to him, you know, just the savior of the universe and ruler of the cosmos, just a slight oversight on their part. And it’s almost as if Paul here is saying, if we were that wrong about Jesus, maybe we are a little bit off on how we are judging our fellow human beings that we come across in our lives!

But I also think this new sight of ours can play out in bigger ways too. Let’s say you are at odds with someone because of the way they live their lives, or their appearance, or their personality, or the language they use. It’s during those times, if we’re honest enough to even admit them but that’s for another sermon, it’s during those times when Paul urges us to ask ourselves if there may be something that we are not seeing. And the easy answer that always applies is, the person you’re at odds with, is a fellow human being created by God in the image of God. And if you can see them with those eyes, from that perspective, well, that changes everything, doesn’t it. Well, it should anyway!

Paul ends by calling us “ambassadors.” I love that! “Ambassadors who represent Christ.” And I read this as Paul reminding us that it’s not enough to tell people that God is not counting their sins against them, but we, as ambassadors, are called to show them, through our own words, through our own actions, through our own use of the new eyes we have been given to see the world as Christ sees the world. It’s not an easy task to be sure. It takes some sacrifice on our part, which Paul bluntly refers to as death, which we’ll talk about on Wednesday evening. Just know that we’re not expected to get the perfect, we’re gonna mess this up, frequently. But that doesn’t stop Paul from calling us to this ministry of reconciliation, reconciling others to God, and reconciling us to each other, and to the world. It’s a work in progress. But as I said before, the most important work we could have been called to. What an honor! What an adventure! And all because God, through Christ, is not counting people’s sins against them. Thanks be to God! Amen.