So, today marks the end of our little jaunt through this letter of Paul’s to the church in Corinth. To be honest with you, I had forgotten what a great letter this is. First Corinthians usually gets way more attention than this one does, but there is some great stuff here, especially when you take into consideration the long and sometimes rocky journey Paul had with them since their founding. And it was nice to read this letter so soon after we read First Corinthians at the end of Spring. So, I hope this has been a great read for you too. I was a bit jealous of Amanda Sheldon because I saw what she got to preach on and wow, those were some powerful readings! I have no doubt she did them justice. As a heads up, next Sunday we begin a short three week series on the Lord’s Prayer which I am looking forward to. This will be the last of the Summer series before we begin year three of the Narrative Lectionary, when we start back at the beginning of the Bible, in Genesis, and work our way through a whole new set of stories leading up to the New Testament accounts of the life Jesus and his teachings. But, without further ado, let’s jump into this final reading from Second Corinthians.

This chapter cracks me up every time I read it! For the past seven chapters, Paul has been teaching some pretty profound stuff like hope, togetherness, adversity, and reconciliation. Then he gets to the end of his letter, and it’s about…money! I’m imagining that little baby church in Corinth, getting this letter, the council president gather the people to hear what Paul has to tell them. They sit and listen to it being read out loud. And then they get to this chapter, and the treasurer interrupts the president and says, “Wait a second! You mean to tell me that this whole letter was just leading up to him asking us for money!” Oh, God bless our treasurers! God bless them for being so protective of our resources! I don’t know what we’d do without them. And who could blame them for thinking that, right! Who could blame them for feeling like Paul had just pulled a fast one on them! But for those who had really been paying close attention to this letter, it really doesn’t come out of left field. It’s actually very much in line with all of Paul’s teachings. In fact, one could even say that this chapter presents a litmus test for them.

One of my favorite authors on the topic of stewardship, J. Clif Christopher, wrote, “Nothing is more revealing of what is happening inside people’s hearts than what decisions they are making with their pocketbook.” I believe I’ve shared that with you before but it bears repeating and is so very appropriate for today because I believe Paul believed that too. After everything that he had taught them, if they had been listening, if they had been digesting those teachings, and if they in fact had agreed with them, taken them to heart, then a natural outcome should be a generous heart. And so, he tests them, and he asks them for money. Now he will see if they had really been listening and taking his teachings, which were Jesus’ teachings, to heart. This is where the rubber meets the road, or they crash and burn.

To give you a little backstory on this request of Paul’s, this had been a project of his since the beginning of his ministry. He had been collecting money from all over the world during his travels, specifically for the poor in Jerusalem. Why Jerusalem? Well, for a few reasons I’m sure. Jerusalem was the center of the Jewish world, and it was also one of the most populated cities of that geographic area. And as we know in the US, the higher the population, the higher the poverty rate. And so, Paul took it upon himself to raise money for the poor in Jerusalem the way that we would do the same for wherever the highest concentration of poor are today. And with Paul’s travels and notoriety, he used his influence and reach to help out the needy of his day. Now, what makes this interesting, and challenging for his prospective givers, is the fact that this money he was asking for was not for something local. Rather, it was for a group of people that they didn’t know, in a city that was far away. Now, you and I both know how much easier it is to give money when you now where it’s going, how it’s gonna be used, and it’s someplace local, that you can actually see, verses some far off place that you’ve never even been to. That’s why this is so challenging for them, and why it’s a litmus test for them.

However, I don’t think this is all about money either and so I want to focus on something that really struck me this time around. Just before he asks them for money, Paul opens this chapter by sharing that the other churches that he has asked money from have endured their own struggles, and yet, have found a way to be generous. He then shares this most profound insight about these struggling churches, he writes, “their extreme poverty resulted in a surplus of rich generosity.” “Their extreme poverty resulted in a surplus of rich generosity.” It’s more than just following the teachings of Christ that produces generosity in someone, but it’s also life experience than can lead us there too. And sometimes it’s financial generosity but not always. Let me explain by sharing a story.

I was in seminary and my family was going through a difficult time, not financially, although we struggled in that way too, but in other ways. The struggle was getting to the point where it was about to have a negative effect on my studies and I realized I was going to have to let the seminary know. I had been putting this off because who likes to have those kinds of conversations, right. Who likes to be that vulnerable, right. So, my first course of action was to contact the campus pastor. I figured she would know how best to proceed. In that conversation, I received from her more grace than I could have ever imagined. Because one of my biggest fears was people thinking, “How is he ever gonna help a congregation when he can’t even handle his own family.” I told her this and her response will stick with me ‘til the day I die. She said, “Your struggles will not hinder your abilities as a pastor, they will make them stronger.” She then shared that her own family has endured the same struggles that we were experiencing at the time. She knew our pain, she had experienced the same poverty, again not financial, but the same poorness of spirit that we were enduring she had too, and it produced a surplus of generosity in her, which we just happened to be the current recipients of at that time. 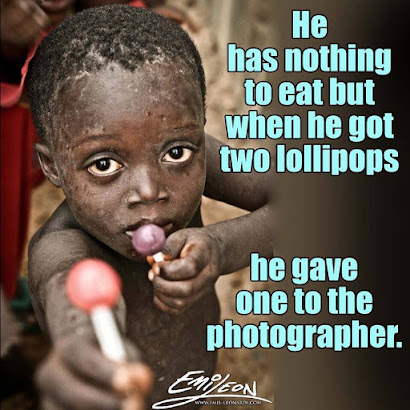 We have all been poor in some way, we have all suffered from poverty at some point in our lives—whether it be financial poverty, emotional poverty, physical poverty, spiritual poverty—we all have experienced poverty. What Paul, and by extension, Christ, prayed for is that we allow the poverty that we experience in life, to produce generosity, by the power of the Holy Spirit, especially when we encounter people who are enduring something that we too have endured in the past, thereby creating, as Paul called it, “a surplus of generosity.” And if you think about it, isn’t that what all of Christ’s teachings point us toward, generosity? Generosity with our money, generosity with our time, generosity with our heart, with our love; if all that we have been taught doesn’t lead us to generosity, in all it’s forms, what are we even doing here? So, that wraps up Second Corinthians folks. I hope you join us on Wednesday night when we will discuss this further, especially because I have something to share with you about the rest of this letter, chapters 10-13, that many people don’t know! So mysterious right! Until then, may the love of Christ, and the work of the Holy Spirit, produce in you an overflowing generosity for the sake of the world. Thanks be to God. Amen.