Well, that might be one of the shortest Sunday worship readings we’ve ever had! Today we begin a three-week series on the Lord’s Prayer but it’s going to be a little different than what you are probably expecting. The biggest difference will be that we are using Luke’s version of the prayer and not Matthew’s. Nobody prays Luke’s version, not in worship, not in their personal prayer life, no one really uses it. One of the reasons for that is because it’s half the length of Matthew’s version. It’s a bare-bones version of an already short prayer. The other difference you will note is that since we are looking at a biblical version of the Lord’s Prayer, you will not hear the doxology, the last line that we usually pray in worship, “For the kingdom, the power, and the glory are yours, now and forever. Amen.” That line is not found in the Bible believe it or not, in Luke’s version nor in Matthew’s. It was added later and for some reason caught on amongst Protestants and so we’ve come to know it as the ending of the Lord’s Prayer, even though it’s not original to it. So, we’re gonna focus on the Biblical version, and specifically Luke’s bare-bones version. But fear not, we will still have plenty to talk about!

Before we get into the prayer itself though, I’d first like to talk about the question that Jesus’ followers ask him. This question comes in the middle of Luke’s gospel, so they have been with him for a while now. They have experienced the kind of person he is, not only how compassionate he was and how tirelessly he worked, and the opposition he faces from his own religion, but they also have gotten to know him personally or at least have seen what makes him tick so to speak. They have seen what his personal spiritual practices were, specifically what his prayer life was like. All of the gospels frequently mention how Jesus would often take time to pray but Luke does this more often than any of them. In fact, and here’s a little spoiler for this winter when we will be reading through the Gospel of Luke, it has been referred to as the Gospel of Prayer by many because prayer is not only a major theme of this Gospel but it begins with prayer in the temple and ends with prayer in the temple, but I don’t want to spoil too much so let’s keep moving.

The reason I remind you of all that they had experienced of Jesus so far is because I think that there’s more to this question that meets the eye. After Jesus got done praying, again, they ask him, “Lord, teach us to pray, just as John taught his disciples.” Now, we could hear that question and think that all they are asking is for words, as if they were asking for a specific prayer for them to pray by heart for the rest of eternity, a formula if you will. I think most of us think that’s exactly what they’re asking because that exactly what happened! We have taken that prayer and ran with it! We have repeated that prayer, word for word, for two millennia now. We have grown so attached to it, that whenever it is given updated language to keep up with modern English, people lose their minds! Another reason I think this question of theirs was more than just about the words to say.

I think they saw Jesus, what he could do, how he served, the opposition that he faced, the tirelessness of his work, and they were in awe! And so when they ask him to teach them to pray it’s almost as if they are asking, “What’s your secret, Jesus? What keeps you going every day? What keeps you motived? How can you withstand all the opposition? How do you do it, Jesus?” That’s what I think is behind the question, “Teach us to pray.” And so, that’s how I’d like us to approach the Lord’s Prayer this three weeks, with Jesus not only answering their question but answering the question behind the question, “What’s your secret Jesus?” Have you ever looked up to someone like that? I do. There are people in my life that I am in complete awe of. Not that their perfect or anything, but there are just some people that I wonder what their secret is. How do they stay positive? Or how do they have the energy to do what they do? Or, given what I know about their struggles, how do they even get up in the morning? What’s their secret?

So, Jesus gives them their answer in the form of this beloved prayer, which begins with, “Father, may your holy name be honored. May your kingdom come.” Over the course of these three weeks, I’m going to postulate that this first part focuses on God, the second part which we will read next week focuses on us, and the last part focuses on our relationship with others. So, today is all about God. Which makes total sense, right! If you’re going to have a conversation with someone, then you ought to know who you’re talking to! Think of it this way, if someone told you, “Hey, you know who you should talk to about this, Josephine! She might be able to help.” Your first question might be, “Who is Josephine?” And by that you’d be asking, who is she to you? Who is she to me? What are her qualifications to help me with my situation? 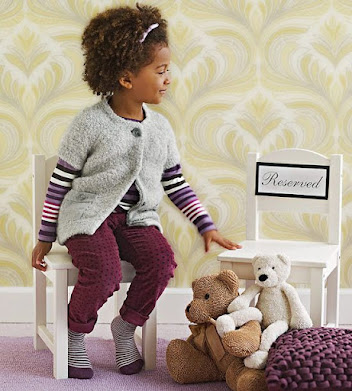 These are the kinds of questions that are addressed in this first part of Luke’s Lord’s Prayer. This is the grounding for this prayer, the foundation. This first part centers us and puts us in the right frame of mind for what we are about to pray for in the next two parts. Because without this, the rest of this prayer would be meaningless and would hold little to no power. The power of this prayer, comes from the hearer, the one who will hear this prayer and respond, God, not the person praying the prayer. So, what do learn about God from this first part that is so grounding? Well, it begins with the simple address of, “Father.” Now, I don’t want to get into the inherent patriarchy of addressing God as Father, we can talk about that at the Wednesday Bible discussion but let’s just say that if you want to start this prayer with Mother or Dad or Mom or the gender-neutral Parent, it’s all fine to me. The point that Jesus is making here, is the relationship. To further that point, Jesus used the Aramaic word Abba here. We don’t have an English equivalent but we do know that it was much more of an intimate, personal address than what we typically think of when we say Father. Father is more formal in our modern English. Abba was not quite as informal as Daddy, like some have translated it as, but somewhere in the middle. The bottom line is this, right outta the gate, Jesus encouraged us to think of God as a close, personal parental figure. This prayer is not directed at someone who is far away up in the clouds of heaven. Did you notice that heaven isn’t even mentioned? No, this version of the prayer is structured as if you are talking to someone who is right there with you, and more than that, someone who has been right there with you, your whole life. This version of the prayer is so much more personal. And all of that comes from that first word, “Father.” Or as Jesus put it, “Abba.”

On Wednesday, we will talk about the rest of this first part of the prayer, about the honoring of God’s holy name and the coming of God’s kingdom. But first and foremost, for the purposes of this sermon, I wanted to focus on just how profound it is, to have Jesus allow us to call God Abba. If Jesus had been anyone else, just some ordinary human rabbi, he could have easily kept that all to himself, he could have easily said, “No, only I get to call God Abba.” But that’s not what he did. Instead, he continued his work of compassion and love and openness and welcome, the work that they had seen first hand throughout the first half of Luke’s Gospel, and allowed us to call God Abba just like him. What an honor, in and of itself, what a blessing, and we are only one word into this powerful prayer that has stood the test of time. May God bless you this week, as you ponder what an honor it is to come to God in prayer, in the personal, intimate way that Jesus encourages us to. Thanks be to Abba. Amen.