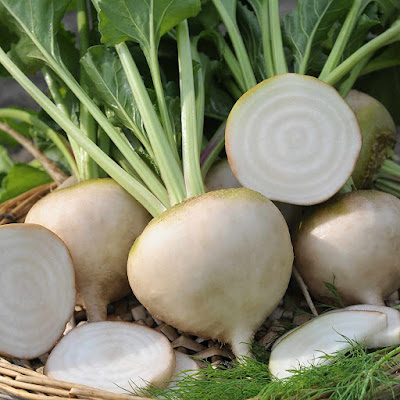 Have you ever changed your mind about something? I used to hate beets with a passion. My wife loves them. Pickled red beet eggs are one of her all-time favorite snacks. Yuk! Any kind of beet, in anything, was enough to make my stomach turn. I swore I would never be talked into trying them again! Ever! And then I discovered that not all beets are red! They come in many colors! There’s golden beets, and white beets, there’s even stripped beets! Now, I don’t recall the first time I had a non-red colored beet, it must have been slipped into my plate without my knowledge because I guarantee you, if I had known there was anything on my plate with the word beet in it, I would not have sat down with that plate! But I did, and to my astonishment, not only was I informed that beets come in different colors, not only was I informed that I had just eaten one of those non-red beets, but I also discovered that I loved those little non-red beets! All those years I had been proclaiming to anyone who would listen, just how disgusting, just how vile, just how nauseating, beets were, only to find out that I was wrong. Because I didn’t know there were other kinds of beets! Because you don’t know what you don’t know.

That seems like a pretty simple concept doesn’t it, you don’t know what you don’t know. But we constantly fall into this same trap where we judge something, where we make a decision, where we take a stand, only to find ourselves changing our mind, or at the very least, learning new information that causes us to rethink the whole thing that we were so adamant about just a moment before! And sometimes we end up with egg on our face, because we don’t stop to ask ourselves one simple question. And that question is this, “I wonder if I’m missing some information here?” Think of the times when your mind could have been changed so much earlier, and less painfully mind you, if you had just asked yourself that seemingly simple question, “I wonder if I’m missing some information here?” Personally, I know I could have saved not only myself a ton of distress, but also those around me, depending on the topic.

Now, I don’t want to be too hard on Job here, he’s been through enough, not to mention the fact that God is pretty hard on him already. But imagine how much distress he could have saved himself if he had just pondered the possibility that there were things he didn’t know about his predicament, about life, about everything! But we’re getting ahead of ourselves. Job begins our selection of readings by lamenting, “Oh, that I had someone to hear me! Here’s my signature; let the Almighty respond, and let my accuser write an indictment.” The author of Job uses a lot of legal terminology. Last week it was the term ga’al, which we usually translate as redeemer. This week it’s the word tav, translated here as signature. Like today, signatures were used for legal purposes. So, when Job says, “Oh, that I had someone to hear me!”, he is referring to a legal hearing. He longs for someone to hear his case! Remember, Job is still operating under the assumption that not only has God done this to him, but that God has found him guilty of something that has garnered this punishment. And so, Job wants his day in court, which is why he asks for an indictment to be written up by his accuser, God, more legal language by the way. He wants to see what he is accused of in black and white. And who could blame him? If you believed as Job does.

Then, Job finally gets a response from God. Apparently no one ever told Job, “Be careful what you ask for!” The author writes that God spoke to Job “from the whirlwind”, as if we’re supposed to know what whirlwind he is referring to. And we do, because we’ve been in this whirlwind with Job this whole time. I don’t think this was a literal whirlwind but a figurative one, referring to all that Job has gone through and is going through. I think the word whirlwind might be too soft a description, think tornado or hurricane. And if you’ve ever been near either of those, you know the chaos and destruction that ensues. This is where God speaks to Job. God doesn’t yet end the storm for Job, God speaks through it, within it, right where Job is. A beautiful image. A comforting image. Well, right up until God speaks!

When this whole journey began I mentioned just how much sass Job was dishing out. Well, I hope he can take it as well as dish it out because here comes God with a God sized dish of sass! Two chapters worth of it! Two chapters dripping with sarcasm! Asking questions like, “Where were you when I laid the earth’s foundations? Tell me if you know. Who set its measurements? Surely you know.” Or, “Have you gone to the sea’s sources, walked in the chamber of the deep?” God comes off pretty brutal here. However, I don’t think God is being mean here, I don’t think God is being cruel, and I don’t think God is trying to shame Job or condemn Job either. I think this was God’s way of giving Job some perspective. This was God’s way of saying, “You don’t know what you don’t know, Job! So, before you judge me, or make a bunch of erroneous assumptions, you need to ask yourself a few questions Job!”

And in addition to questions like “Where was I when God laid the foundations of the earth?”, one of those questions should certainly be, “I wonder if I’m missing some information here?” And I guarantee you, the answer to that question is always, “Yes.” Unless of course, you’re God. But we’re not. God is God, and we are not. And so, there is always more to the story, there is always a perspective that we haven’t heard, there is always an experience that we haven’t had, there is always a beet that we didn’t know existed. So, before we make any claims, before we say that all beets are disgusting, or in the case of Job’s friends that the cause of Job’s predicament is his sin, or in the case of Job himself that God is at fault, maybe it would do all of us some good, to take a pause, swallow our pride, and acknowledge that there are things we don’t know, information we don’t have, before we make a claim, before we make a judgement, before we make a decision, before we condemn either ourselves or others. Because you don’t know what you don’t know. And that is meant to be grace for us, and for those around us. Thanks be to God. Amen.