Today, we actually have two readings selected for us, the second one I will read to you in a moment, and this will be the case next Sunday as well. The reason why we have two readings these two Sundays is kinda cool. What they’ve done is zeroed in on two specific churches from those earliest days of this new religion that we’ve come to know as Christianity. The first is the church in Thessalonica, which we will cover today, and the other is the church in Corinth, which we will actually spend the rest of the month in starting next Sunday. For today, as well as next week, they’ve given us the story of the founding of the church in that city, which I just read to you from Acts, and then they’ve also given us a selection from one of Paul’s letters to that city, as a kind of reflection on how things have progressed since each church’s founding in that particular city. And each church ends up in very different circumstances but let’s not get ahead of ourselves. These two weeks should be unique and fun, so let’s dig in!

We are in the seventeenth chapter of the book of Acts, and there we find Paul and his partner in crime, Silas, traveling about sharing the good news of Christ wherever people will listen. And they find themselves in a city called Thessalonica. Paul went to the synagogue there, as he usually did when visiting a city, and got to know the local worshippers. Well, that’s not all he did, he did have a bit of an agenda to be fair. He went there to tell them about Jesus. That part always makes me cringe a bit because I personally would never set out to steal someone away from their church or religion. But in his defense, I don’t think that’s the way he would have seen it. He wasn’t trying to make people leave their religion. He didn’t want them to not be Jews anymore. In fact, he probably thought he was trying to make them more Jewish by bring them the fulfillment of the Law, the Covenant, in the person of Jesus the Christ. His intentions were innocent, as innocent as any human that is. This will be important in a minute.

So, he’s there for at least three Sabbaths, three weeks, according to our author, Luke. During that time he talks with them about scripture and Jesus and how the two are tied together, and some were convinced! Quite a few as a matter of fact! At least enough to start a congregation there. And not only did Jews begin following Jesus but also some Gentiles, Greek God-worshippers Luke calls them. These were probably non-Jews who were following the Jewish religion but hadn’t quite taken the final step toward conversion. And what would that final step be? Circumcision! So, who could blame them for not taking that last step, right! So, these Greek God-worshippers were on the outskirts of this religion they followed, they were on the periphery, not fully one of the crowd, not fully accepted. This too will be important in a minute.

Luke also mentions that “quite a few prominent women” were convinced by Paul as well. Now, whether these were Jewish women or Gentiles is hard to say but from the verses that follow our reading, it was probably Gentile women. Either way, it’s significant that Luke mentions that many women began to follow as well. Talk about a group that lived on the periphery, on the outskirts of society, not fully accepted as equals. This isn’t a minor detail that Luke just drops in here, especially after we just got done reading the Gospel of Mark, where women are featured frequently. They heard something in Paul’s message that piqued their interest, that caused them to follow Paul in the ways of Jesus. Hmmmm, wonder what that was? Let’s keep moving forward in the story.

Not everyone was thrilled with Paul’s message! Imagine that. Not everyone was buying what he was selling about this Jesus guy he kept talking about. However, the Jewish leadership who was not convinced, couldn’t just leave it alone. They couldn’t just let bygones be bygones, and in a very gangster kinda way, they send some, what our translation calls, thugs after them. You heard that right, they put a hit out on them! First they formed a mob, I’m picturing pitchforks in my mind because it’s more fun that way, they start a riot in the city streets, then, when they find out where Paul and his people are staying, they try to attack them there! It was total chaos! All because they disagreed with Paul. Well, Luke writes that it was because they were jealous. But you and I know that’s only part of it.

Jealousy is what comes out on the surface. Jealousy is the outcome of something happening deeper, under the surface. Usually, it stems from feeling threatened. Why would these Jewish leaders feel threatened? Because, as Luke put it, they were “disturbing the peace.” Which is ironic because these same Jewish leaders had just a put a hit out on them and started a riot but whatever. I actually like the translation of this from New Revised Standard Version better which puts it this way, “They shouted, ‘These people who have been turning the world upside down.’” That’s what was disturbing their peace. This Jesus character that Paul followed was disrupting the good thing they had going in that city! Because, as we have come to know, Jesus likes to change the rules. They had everyone compartmentalize into nice neat categories of who is in and who is out, who is circumcised and who is not, who was religious enough and who was not, who is male and who is not—and then Jesus comes along and changes all that, changes the rules on them, and they weren’t having it! 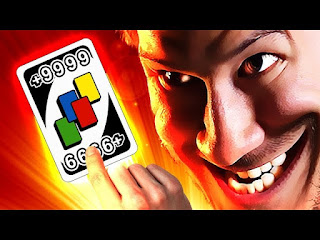 Jesus is like one of those annoying friends who, when you’re playing a card game at their house all of a sudden claims house rules. You know anyone like that? They are those people that allow you to stack draw two cards on top of each other when playing the game Uno, you know the kind. Those aren’t the rules! When someone lays down a draw two card the next person draws two and forfeits their turn and the game continues to the next player! But I digress, sorry, anyone who knows me knows that I can be a little competitive, and competition means nothing unless everyone is following the rules! But this is where I would be wrong when it comes to Jesus. Because wherever Jesus goes, you’re playing in his house. And so, Jesus can call house rules, whenever Jesus wants to. And Paul knew that. But some didn’t like that, and felt threatened by it. Long story short, when they couldn’t find Paul and his companions, they went after those who were hosting them, a guy by the name of Jason, whom we know nothing else about, along with some other believers, and had them thrown into jail. They were probably thinking that this would teach them, and that would be the end of it.

Fast forward to a later time, Paul has long left the city of Thessalonica, visiting and starting churches in other cities, and he sends Timothy to go check on them. Timothy does and then brings back a report to Paul. This report inspires Paul to write a letter to them, what we now know as First Thessalonians, of which the first ten verses are as follows, “From Paul, Silas, and Timothy. To the Thessalonians’ church that is in God the Creator and Jesus the Christ. Grace and peace to all of you. We always thank God for all of you when we mention you constantly in our prayers. This is because we remember your work that comes from faith, your effort that comes from love, and your perseverance that comes from hope in Jesus the Christ in the presence of our God.

Siblings, you are loved by God, and we know that God has chosen you. We know this because our good news didn’t come to you just in speech but also with power and the Holy Spirit and with deep conviction. You know as well as we do what kind of people we were when we were with you, which was for your sake. You became imitators of us and of Jesus when you accepted the message that came from the Holy Spirit with joy in spite of great suffering. As a result you became an example to all the believers in the region. The message about Jesus rang out from you, not only in there but in every place. The news about your faithfulness to God has spread so that we don’t even need to mention it. People tell us about what sort of welcome we had from you and how you turned to God from idols. As a result, you are serving the living and true God, and you are waiting for God’s chosen one from heaven, who is Jesus, the one God raised from the dead and the one who will rescue us from the coming wrath.”

The church in Thessalonica was born out of hardship, cruelty, and even violence. They tried to stop them with mobs, riots, and arrests. But there they were, sometime later, in spite of the challenges, still following the Jesus that Paul had shared with them, a Jesus that changed the rules, a Jesus that turned welcoming and inviting on their head, a Jesus who redefined what it means to be in and out—spoiler alert, everyone’s in—a Jesus who allowed Paul to write them one of the most powerful sentences in all of scripture, “Siblings, you are loved by God, and we know that God has chosen you.” Because not only was this church born out of chaos, it included groups of people who didn’t fit in anywhere else, who lived on the periphery of life, on the outskirts, not fully accepted, not fully included, not fully worthy. Until Jesus claims house rules, and says “No, my siblings, you are loved, you are chosen, and don’t you dare let anyone tell you otherwise.” Words that so many needed to hear two thousand years ago, and today. Thanks be to God. Amen.