Every year since we moved back to the west coast, I’ve used one of my vacation weeks to go and visit my parents up in the Seattle area. Technically I’m not “going home” because I was raised in Vacaville, California. But no matter where your parents now live, whenever you visit them, it’s like going home, isn’t it. I always take my girls with me. They were raised in Pennsylvania so they didn’t get to see my parents a whole lot growing up.

Unfortunately, it’s not really possible to make up for lost time, but you can make time, so it’s important for me to bring them with me, for as long as I’m able. I get a kick out of watching them get to know my parents a little more each year. We have a great time with them. My dad loves to take them to the ocean and we have a blast looking for crabs, jellyfish, anemones, even found a sea cucumber this year! We play catch, we share stories, and we eat 'til we can’t eat anymore! Good times. 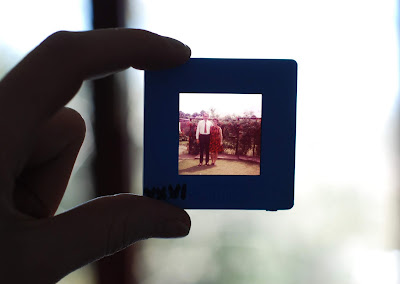 However, if I’m being honest, as much as I enjoy our visits, there is a part of me that wishes I had a time machine; a time machine that could take my girls and I back to my childhood. Because I wish they could have known my parents in their prime, I wish they could see what being home was really like back then. And then I remember some of the not-so-pleasant memories of my childhood and rethink the whole time machine thing because there are certainly some things I’d rather not revisit. I guess the bottom line for me is, going home is different now: my parents are different, the house is different, so much is just different. It’s not worse, it’s not better, it’s just different. And different doesn’t always feel that good, does it. And I think it’s important for us to make room for that feeling. Hold that thought.

Today we have a story that typically isn’t read at Sunday worship services, so it may be a new one for many of you. It comes from the book of Ezra, a short little book, only ten chapters long, which is mostly about the return of the exiles, those who had been sent away by the Babylonians, away from their native land where their conquerors could keep them under control and close watch—very much like the United States did to American citizens of Japanese descent during World War II.

But, as often happens, the Babylonians were themselves conquered, by the Persians, and their king, King Cyrus, had a very different way of ruling over the nations that his army conquered. Maybe he was a merciful king, or maybe he was just a great politician, but for whatever reason, his policy was to allow people to not only live in their native land, but also worship however they wanted to.

And so that’s where our story picks up. King Cyrus had allowed God’s people to go home and the first thing they do back home is rebuild the temple, because the temple that King Solomon built, centuries before them, was completely destroyed by the Babylonians. And so, they go home, and from the rubble, they begin to rebuild the temple, and more importantly, they begin to rebuild their lives—and that means discovering what this new normal will look like. So, they lay a foundation for the new temple and build an altar so that worship can immediately begin, even before the temple is complete. Once that is done, it is time to celebrate, and celebrate they did! Ezra writes that the noise of their celebration could be heard from far away!

And that’s where the story takes an unexpected turn. If they listened closely, in the midst of all the rejoicing and celebration, they could hear the sound of weeping. Ezra shares that it was the older folk that were weeping. Why? Because they were old enough to remember what that first temple looked like, what that first altar looked like, and even though they weren’t even done with it, this new temple just wasn’t the same. It paled in comparison to the original. And so, they wept. They wept for what once was. They wept for what could have been. And they wept loudly, Ezra writes. So loudly that you couldn’t make out where the rejoicing or crying was even coming from. It all just blended together. And I think we have here yet another relatable old Bible story.

Going home isn’t always what you’d expect, is it. At best it is a strange mixture of highs and lows. You long for the good ol’ days, and yet, at the same time, you love the present as well. So much so, you probably wouldn’t give it up for anything. What a strange place to be in. I was sharing a story with one of my daughters the other day, about something that she did when she was little. She had no memory of it. But that wasn’t the sad part. The sad part was the realization that the young woman who was sitting with me, would never have done that today. She is a very different person today, and I love the person who she is today, and yet. And yet, I sure miss that little girl she once was.

This time of year can be fraught with these kinds of feelings, these kinds of mixed emotions—the kind that make you unsure of whether you’re supposed to be laughing or crying. The holidays can bring with them some of the warmest nostalgia, while causing deep sadness over what once was, over what could have been, over who is not at the Christmas dinner table this year. And all these feelings, all these memories, the good and bad ones, the happy and sad ones, they all just dissolve together, and trying to separate them will just drive you insane so you don’t even try. And I don’t think we should. I think we should just let them be—and allow yourself to celebrate when you want to, or cry when you want to, or both at the same time.

I believe it’s important that we make room for that, to make room for laughter and tears. And not just because it’s a healthier way to live but because it allows for possibilities that might otherwise not be there. Because if all you do is allow for rejoicing, you might miss learning from the past. And if all you do is weep for the past, you might not appreciate the joys right in front of you. And so, I think both are vitally important to maintain. Not just on an individual level but on a communal level as well. I don’t have to tell you how different the church is today! Many of you remember the “good ol’ days!” Those days when this room was full every Sunday, full of the old and young alike. Those days when pastors didn’t pierce their ears or have tattoos or wear jeans on Sunday!

Ezra doesn’t share how the younger generations reacted to all the weeping while they were celebrating. My hope is, that they didn’t look upon those elderly tears with ridicule or judgment. My hope is, that they comforted them. Just like I also hope the elderly didn’t ask for the celebration to stop on account of their tears. Both are needed—past and present—joys and tears—for a healthy future.