God, Hosea, and The Runaway Bunny

Inspired by Hosea 11:1-9 and The Runaway Bunny

[After reading The Runaway Bunny...]

I did some pretty dumb things as a kid. Well, dumb doesn’t quite describe some of my behavior. It would be more accurate to say I did some very wrong things as a kid. When I look back on those years, my misbehavior is quite embarrassing. Like that time I stole money from my parents just to have a good time in San Francisco. Or that time that my best friend and I thought it would be a good idea to climb the roof and shoot neighborhood kids with a BB gun. Or that time I snuck out with my dad’s 67’ Camaro so that I could see just how fast it really went. Or that time…well, I’ll stop there. No one who knew me back then would have ever believed that someday I would be standing in a pulpit, wearing a stole, sharing my wisdom.

Looking back on those years also makes me respect and love my parents all the more. I’m not quite sure how they resisted the urge to strangle me in my sleep. But resist they did. In fact, in spite of their tendency to overreact over small misbehaviors, those times when I really screwed up, like the examples that I just gave you and more, they were surprisingly quite calm.

Those were the times when even I knew I deserved to get my butt beat with my dad’s belt but no, they merely handed out a consequence, like having to paint the house, or apologizing to the neighbor kid’s parents face to face. But when I expected them to go off the rails in anger, or yell and scream at me, or get the belt, they didn’t. I knew I deserved it. I don’t think I would have even protested if they had. But they didn’t. Though they had every right to, they resisted.

Our Bible story for today comes from the book of Hosea, one of the twelve minor prophets. They are referred to as minor, not because of their lack of importance or influence, far from as we will see, but they are called minor simply due to their short length. These twelve books range between only one to fourteen chapters each. In fact, they are so short that they were originally all printed on one scroll, making one Book of the Twelve, as it was known.

It was only much later that they were separated into 12 distinct books. But maybe the most important detail about this book is the fact that it’s one of the oldest books of the entire Bible, predating even most of the book of Genesis! So, being one of the first books written by God’s people, one cannot overstate its importance or influence on that new religion of our Judeo-Christian faith.

Hosea was a prophet to the Northern Kingdom, remember the kingdom split in two a couple weeks ago, and as I mentioned last week they were in almost constant turmoil. The Northern Kingdom, known as Israel, found a short period of peace with King Jeroboam but once he was gone things really fell apart and this is the time that Hosea was prophet there. He did his best to guide them, correct them, admonish them, as prophets do, but to no avail. Israel as a whole was just as misbehaved as I was as a kid. And what was one of its chief sins? You could probably guess by now, idolatry. They just could not kick the habit of worshipping other gods. And there’s good reason for that.

You may remember from about a month ago, when we read about God’s people first entering the Promised Land, there were people already living there and though they were ordered to kill them all, they usually didn’t and ended up living with them, even marrying the native inhabitants. And this meant, infusing their gods with our God. It just seemed like the natural thing to do and for the most part it was allowed, even encouraged at times. And then you had prophets like Hosea who claimed that this idolatry was the reason for all their troubles and tried to get them to stop, again, to no avail. They continue in their misbehavior regardless of the warnings. 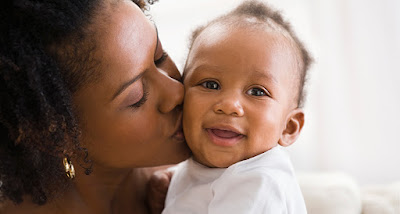 So, in this chapter that we read from Hosea, we are given the image of God as parent. And now that we know this to be one of the first books of the Bible written, it’s interesting to know that this image of God as parent was foundational to our faith. Just as interesting, is the fact that nowhere in this imagery is the word “father” used. In fact, you could make a case that it describes a stereotypical mother more than it does a father, with God teaching them to walk and picking them up in God’s arms and lifting them as an infant to God’s cheek.

But for the purpose of this sermon, it’s enough to just focus on God as parent, and specifically a parent in ancient Israel. Sometimes we too easily take these stories out of their ancient context and force them into our own. Sometimes that’s ok but sometimes we lose something when we do that and this is one of those times. The parent/child relationship in ancient Israel was very different than in this time and location. And one only has to look at the Bible for clues.

In ancient Israel, children were thought of as less than, as inferior, as voiceless, and sometimes even as property. And one thing that was expected of them was total and complete obedience. Now, you might be thinking, “Well, we expect our kids to obey us!” Well, yes but they took it to an extreme, this was obedience on steroids! In the book of Deuteronomy, it clearly states that any parent who has a child that misbehaves has the right to execute that child by stoning. Like I said, obedience on steroids.

But! God, as always, is full of surprises! God does not do what is expected of God to do. Why? As God put it, because “I am God, and not a human being.” But before God comes to that conclusion you can hear the turmoil within God’s own heart as God recounts God’s journey with them over the years, as God remembers raising them, guiding them, teaching them to walk, holding them, cuddling with them cheek to cheek, loving them as good parents love their children. And so God asks Godself, “How can I give them up? How can I hand them over?” And God says, “My heart winces within me; my compassion grows warm and tender.” I love that image of God’s heart wincing! Because at the end of the day, God cannot do what is expected of God to do, by the world’s standards, by human standards.

So God makes a decision right then and there. “I won’t act on the heat of my anger; I won’t return to destroy [them]; for I am God and not a human being, the holy one in your midst; and I will not come in wrath,” says God. You see God isn’t held by the same standards that we hold ourselves to. God doesn’t play our petty games of fairness and revenge and jealousy and obedience and respect that we play. God is God, and so God does as God wants, and what God wants, according to Hosea, is to love, unconditionally.