The Great I Will Be

First things first, how did we get here to the story of the burning bush from last week’s story of lil’ Heal, aka Jacob, wrestling with God? Well, Jacob had a ginormous family with his wife Rachel, and his other wife Leah, and his concubine Zilpah, and his other concubine Bilah. Twelve sons in all! And it’s one of those sons, Joseph, that gets the largest story arc in the whole book of Genesis, and whose story is vital to know for our story for today. In short, Joseph’s brothers sell him into slavery out of jealousy and he ends up in Egypt where he becomes the most powerful leader, second only to the Pharaoh.  Then the whole region, from Egypt to the promised land where Joseph’s brothers and their families still live, suffered from a horrible famine.

It was so bad that people came from far and wide to Egypt to buy food, which the Egyptians were able to sell due to Joseph’s wise leadership. Joseph ends up forgiving his brothers for selling him and asks them all, including his father Jacob, now known as Israel, who was still alive, to join him in Egypt, and that’s what they do. And they all live happily ever after. Well, that’s the way the book of Genesis ends but that happiness doesn’t last and that’s where we jump into the story.

Meanwhile, Moses is born during this time of Israelite slavery. And in a series of unfortunate events, which we don’t have time to get into today, he finds himself a fugitive who escapes Egypt and ends up in a land called Midian, just outside of Egypt. And it is there that he makes a home and plants some roots. He gets married to a woman named Zipporah, the local pastor’s daughter, and starts a family with her. They have a son and name him Gershom, which means immigrant, because that’s how Moses saw his life there in Midian. But it really seems like he was able to put his troubled past behind him. Things were going great, everything was coming up roses for him and his little family…and then God had to show up!

Ain’t that always the way? You’re just minding your own business, life is going good, you’re just trying to live your best life, and then God shows up and asks you to actually do something! And it’s always something that you really don’t want to do! Well, not always but it feels that way sometimes. Now, mind you, things were going good because of God in the first place but how quickly we forget such details, right? And then when God asks us to do something we all of a sudden turn into spoiled brats! It’s like coming home after a long day at work and asking your teenager to get off their phone or their XBOX and take out the trash or do the dishes, do something! And they whine and complain and act like it’s the end of the fraking world!

In all fairness to the teenagers of the world, as adults, we know that behavior doesn’t end when we turn twenty, right? Come on, let’s be honest here. We all turn into spoiled brats when we’re asked to do something we really don’t want to do. And it doesn’t matter who’s asking, does it! Granted, some of us adults are better at pushing through those bratty tendencies. If you’re one of those could you please share with me how you do that after worship? 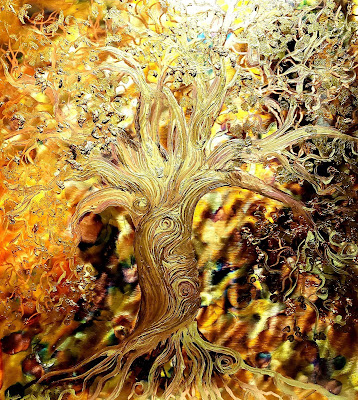 Anyway, speaking of brats, Moses encounters a talking bush that just happens to be on fire but is not being consumed. That sounds more like a Monty Python bit. But the voice is the very voice of God. And, like always, God has a something for him to do. We should know by now that when we hear God’s voice to just put our heads down and pretend like we don’t hear anything, right!

But Moses answers, and with that answer sets into motion a story like no other, a story filled with plagues, and armies, and death. Which is why I always recommend to just put your head down and pretend like you don’t hear anything! And what follows in this conversation with the talking bush is actually quite comical. Moses tries everything he can think of to get out of this. God asks him to go and get God’s people out of slavery and Moses gives him a million and one reasons why that was the worst idea in the history of bad ideas! You see, Moses was one of those brats that’s just too smart for his own good! His reasons for not wanting to do this are actually quite good and reasonable, if God was just any old parent. But alas, God is God, and so, no excuse that Moses comes up with is gonna fly.

And it all boils down to one thing, God’s name. Have you picked up on a theme here over these past few weeks? Names have been crucial to each and every story since we started back in the creation story of Genesis 2 a month ago. The animals and humans were given names in that first story. Then Isaac was given the name “laughter.” Then Jacob was given the name “Heel” only to have it changes to Israel, which means “Struggle” which becomes the name of all of God’s people. Moses names his son “immigrant.” And I wonder if all of these stories, and the others that we didn’t get a chance to read but whose stories are filled with meaningful names, were all leading up to this moment, when God reveals God’s name. As if to say, now that we know who you all are, this is who I am.

Now, I don’t want to bore you with a bunch of Hebrew but the exact meaning of God’s name here isn’t as clear as we’d like it to be. Scholars have been debating this since the moment it was first written down a few millennia ago. Part of the problem is that the Hebrew language didn’t include vowels, just consonants; which, I know, is hard for our western minds to wrap around but it worked for them. So, in Hebrew, God’s name just shows up as the consonants YHWH, the root of which is the verb, to be. And so, most translations of the Bible have translated that as I Am who I Am. Which, kinda sounds a bit snarky, doesn’t it? Like God doesn’t really want to answer Moses’ question.

However, there are other translations of God’s name. One is, “I will cause to be what I will cause to be.” But my favorite is, “I will be who I will be.” I like that one for a number of reasons. I love the future tense of that one. It’s as if God is assuming a future with us. I mean it’s one thing to know that God is by your side right now, and that’s good news in and of itself, but a whole other thing to know that God will be by your side in the future. And if I was Moses, I can’t imagine needing to hear something more than I would need to hear that.

Moses doesn’t know what’s ahead if he accepts this mission from God, but he’s no dummy either. He knows there’s gonna be trouble ahead, which is why he didn’t want to go in the first place! But God knew the trouble that lay ahead, and that’s why God’s name, I will be who I will be, is going to be so needed for Moses in the days ahead, and not just for Moses but for all of us.

But here’s what I can tell you, there are actually three things that are certain in this life: death, taxes, and God asking you to do things that you don’t want to do, things that are difficult, even too difficult! But here’s my challenge to you, here’s what I want you to hold on to, as tight as you can, for that next time you encounter the voice of God: the future tense of God’s name, I Will Be who I Will Be. I Will Be. Though the great I Will Be may ask you to do difficult tasks, in each of them is a promise that is buried in God’s name—a promise to go with you, to be with you, to be. Thanks be to the great I Will Be. Amen.