These are some of the characteristics of what it means to be an American, either according to ourselves or those looking in to our American world. And whether those are accurate characteristics is another question altogether but we pride ourselves on these nonetheless. And when life’s got you down, an oft heard word of advice is, “You gotta pull yourselves up by your bootstraps.” Nothing more American than that right? 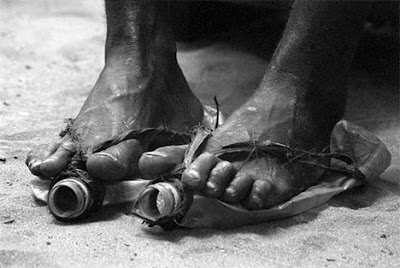 It’s an odd phrase. Not just because, for many of us, boots and especially boot straps, are not part of our everyday life, but because the phrase gives Americans this otherworldly, mystical, almost superhuman nature. Let me explain. Imagine a cowboy boot. The loops on each side of the top of the boot are the bootstraps. Now imagine them on your feet. Now imagine yourself pulling yourself, your body, your whole body, up by those bootstraps. Impossible!

Maybe not for Superman, but for us, it would defy the laws of physics. Funny thing is, that phrase hasn’t always been a compliment. It started out as an insult. It’s a very old phrase. The first appearance of it in print occurred in 1834. At that time it was used to describe people who were foolish enough to believe that they could do the impossible.

It wasn’t until almost a hundred years later, in 1922, that the phrase begins to be used to describe an admirable quality, rather than a dig. And where do we find it? In a good ol’ American newspaper headline, in Kansas to be more exact. Doesn’t get more American than Kansas right? And so, from then on, pulling yourself up by your bootstraps, took on a new meaning, and became a quality that was admired—even though, it remains just as physically impossible today, as it did in the early 19th century. So why this little history lesson? Other than the fact that you have a pastor who is fascinated by history and especially linguistics, there is a deeper reason why this phrase is on my mind. But first, let’s take a look at our Gospel story.

Here we have another parable, the second of five straight weeks of parables from the Gospel of Matthew. If this parable were written today, the setting would probably be in front of a Home Depot—where the day laborers gather hoping, praying for work. One thing that is important to note from this story is why the landowner is finding so many standing around doing nothing. It’s not because they’re lazy. It’s because no one will hire them. Why? The story doesn’t say. Now there have been some ideas thrown out there over the centuries. One of them is that they were Gentiles, and that’s why they weren’t being hired, and that Jesus was teaching a lesson of inclusion. I’m not sure how much water that one holds.

But I’m not sure it really matters why they weren’t being hired, point is they weren’t, and they wanted to work. And I’m actually glad that Matthew doesn’t explain why because it gives us a chance to take a look at our own society, seemingly far removed from Biblical times, and see who wants to contribute to society, who wants to contribute to their family, what simply wants to work, but isn’t, and why. But for now, let’s get back to our story. The landowner has a master plan in the works. And I don’t think we should be so quick to assume that the landowner is God. And if you’d like to find out why please join us for our Wednesday evening Bible study. But the plan has already been set in motion.

He hired his first group of workers, outside the Home Depot, first thing in the morning, and agreed on a full day’s wage. And then goes on to hire people at various times of the day, agreeing with all of them to pay whatever is right. Notice that not only does the landowner not specify how much they are going to get paid, but the workers don’t even ask. They are just happy to have some work. Even if it’s not going to be a full day’s wage, at least it’ll be something. Even for those workers that got hired at five o’clock! They’re probably thinking, well, maybe I can at least make enough to buy a loaf of bread for my family tonight.

Being a day laborer in Jesus’ day was much like it is today. It’s a precarious position to be in. Scholars say that you’d probably be better off as a slave in that day, than a day laborer. At least as a slave you’d eat every day, and have a roof over your head, and be protected as someone else’s property. None of those things were a guarantee for the workers in this story, nor today.

So evening comes, it’s time to pay his workers, and that’s when the landowner drops a bomb on them. The landowner pays everyone the same amount, a full day’s wage. No matter what time of day they started working, they all got the same amount. And the group that got hired first thing that morning was livid! Why? Because that’s not fair! Like an adult baby throwing a temper tantrum they cry “That’s not fair!” They grumble and they complain about the heat. Whah, whah, whah! Maybe I’m being too hard on them. In their defense, they’re right! It’s not fair. But how many times has a parent told a child, “Who said anything about being fair? Where is that written? Life isn’t fair.”

As baptized children of God, we are not called to be treated fairly. We are called to love, and that love, many times, requires sacrifice, as we all agreed at the beginning of this sermon. And that sacrifice, is often our own ego. Let me give you a modern day example. Raising the minimum wage to a more livable wage, I would say living wage but let’s not get crazy here right, is a hot topic these days. Now, I’m not inviting debate about this but what strikes me are some of the arguments against such a minimum wage increase, this one in particular. I have heard countless times people say, “Well, if they get an increase does everybody get an increase? What if their increase makes them almost equal with me!” And I think to myself, really?

If the minimum wage was increased, some people would be able to work less, and by work less I mean they’d maybe be able to go from working 80 hours a week to 60. And they might be able to do things like have time to help their kids with their homework or go to one of their performances or take them to soccer practice, things that many of us take for granted. And people wanna be big adult babies and throw a temper tantrums crying “That’s not fair!” Really? Look, people are poor for a wide variety of reasons, being lazy is rarely one of them, and I don’t want to even get into the racism and sexism and other isms that are at the root of poverty today but I really think they should think twice before playing the fairness card!

We will never know why the landowner was generous to those groups of workers that couldn’t get hired. For some reason, his heart went out to them. What we do know is this, they needed some help, they needed a helping hand, and that got one in that generous landowner. But what they also could have used, was a community that was supportive of that helping hand. A community that wasn’t resentful of it. A community that valued life over fairness. A community that celebrated the good fortune of others over their own interests. Because together, we are stronger. Together we can make it through the tough times. Together, we can lift each other up. No boot straps needed. Thanks be to God. Amen.