What Forgiveness Is and Is Not

Today begins five Sundays in a row of parables from the gospel of Matthew. And in this first one, we get a lesson from Jesus about forgiveness. But I want us to go even further than Jesus did in this lesson. I think this lesson on forgiveness was Jesus way of getting us started. In other words, this isn’t going to be a sermon on why we should be a people known for our forgiveness. Nor is this going to be a sermon trying to convince you to forgive others.

I mean, after 2000 years of existence, the church should be past that right? If I have to get up here and convince you to be forgiving people, then we should probably stop and totally rethink why we are coming here week in and week out! But I don’t think I do. Think of it this way, Jesus teaching us to forgive was the baby food, the milk for an infant church. But at some point we grow up, and are ready to sink our teeth into something meatier, something deeper.

Two, forgiveness is not easy. Like I tell my kids all the time, good things usually are not! Jesus knew that! He didn’t tell us to forgive thinking that it was going to be something easy for us. Like he flipped some spiritual switch in us that somehow made forgiveness easy! We have this strange tendency as humans to assume that when things are hard or unpleasant then they it must be bad for us. That may be the case for some things but forgiveness is not one of them. It is always hard—and not just hard, but the painful, gut-wrenching, choke-on-your-ego kind of hard. Yuk! You know what I’m talking about. It may be one of the hardest things we are called to do as children of God. But, I think we may be making it harder than it needs to be, so let’s keep moving.

Ok, so if forgiveness is not a feeling, or easy, or allowing ourselves to be abused, then what is it? Here are three truths about forgiveness. The first is this, it is about redefining a relationship. It is not about getting rid of the hurt feelings or the anger, you can forgive someone and still be angry and hurt, but forgiveness is making the decision that this is no longer going to define our relationship. Whatever wrong was done, whatever needs forgiven, that is no longer going to be the lynchpin of our existence together. Because when there is a wrong that has not been forgiven between us, then many times that is all there is between us, it can be that all-consuming. So, it’s an acknowledgement that we could be so much more, which leads me to my second truth about forgiveness. 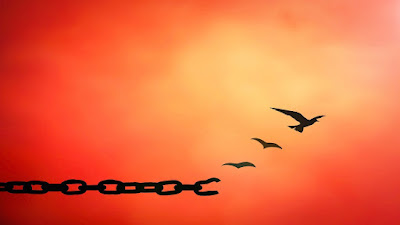 It opens up a future that was not there before. When you finally come to the conclusion that your lack of forgiveness is holding you back, is keeping you from being all that you were created to be, you long to be set free from those shackles. And sometimes that means that the relationship can now become what it was meant to be, but in the case of two people needing distance, a separation if you will, then it may mean that each individual can now be who they were created to be. The point is, forgiveness opens up a future that would otherwise not be there, without the act of forgiveness.

And my last truth about forgiveness is that it takes practice. It’s not something that you try one time and so now you know how to do it. No, it takes practice, it takes repetition, over and over and over. The most depressing thing about that is that we have lots of opportunities to forgive people every day! Think about it, is there a day that goes by when you don’t have to say to yourself, I’m just gonna let that slide, I am not going to allow that stupid thing that he just said to me ruin my day or our relationship. And to be fair, most times it’s little things. It’s not like we suffer a major betrayal every day. But if we can make good on forgiving others on those little everyday things, when the big ones hit, at least you’ve been practicing!