One Table for Everyone

Ron Valadez · One Table for Everyone

4th in a four-week series on the Sacraments

Today we finish up our four-week series on the Sacraments, and that means next week is all about stewardship! Yay, stewardship! Everyone’s favorite topic! It’ll be fine! Painless! Mostly. But today is all about the table and what happens there. The question we explored last Sunday was, “What does communion mean for me?” Today, our question is, “What does communion mean for the world?” What does that table mean for everyone else outside those doors? How can what happens with us here at this table, have any effect on everyone else, especially when they aren’t even here? Last Sunday we also talked about three gifts that we receive at the table:

(1) we get quality, personal time with Christ; (2) we get fed by Christ which reminds us that we are alive, physically, emotionally, intellectually, and spiritually; (3) and we get sight, as it causes us to see things differently. So, we’re gonna revisit each of these gifts that we receive at the table and see how they affect the rest of the world. Let’s start with that last one, the gift of sight, and work our way backward this time. Because this one’s a biggie!  This gift is kind of the key to unlocking everything else. If we walk away from the table and are seeing the world and everyone and everything in it just the same as when we walked into this room, then we can forget about there being any effect at all on the world when we leave this place. So, how are our eyes opened, how does the table help us see anew?

Our reading from First Corinthians is quite enlightening. This church is having a really hard time with this particular gift, and it’s having an effect on others. Apparently, they aren’t just having a little morsel of bread and half a sip of wine at their communion service. They are having an entire feast. But that’s not their problem. Having a big meal during a worship service would actually be kind of cool. Their problem was, that some were going hungry, while others were overindulging. And the reason why they had that problem is because, as Paul put it, there were divisions among them. Meaning, there were inequalities among them, which resulted, as it always does, in a group being disenfranchised. Tell me that doesn’t sound familiar! This is such an old behavior of ours!

We see this everywhere we go. We can’t drive a mile without seeing an unhoused neighbor. We can’t scroll through our social media without seeing another person of color, or a woman, or an LGBTQ+ person, being mistreated in some way. We can’t turn on the news without hearing about how the rich are getting richer and the poor are getting poorer. And don’t get me started on how there always seems to be money to bail out the banks and large corporations but when we little people need bailed out all of a sudden there’s no money for that! But I digress. This is what we humans do. And in that church in Corinth, two thousand years ago, this same behavior had seeped in. So badly, that Paul told them that it wasn’t even Christ’s meal anymore that they were eating, but something else altogether. 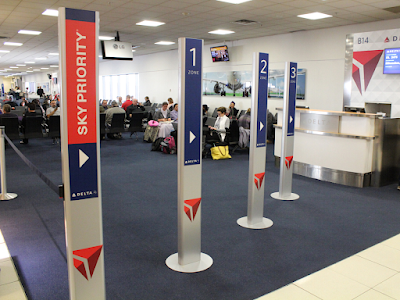 For Paul, and more importantly, for Jesus, no matter who comes to the table, everyone comes to it on equal ground. No one is more important, no one in particular goes first, and no one goes without. I hate to use an airplane analogy two weeks in a row, at least we’re not crashing this time, but it’s almost like there was a priority line at that church in Corinth. Some got to go first, and some had to wait, some got nice seats, others didn’t, and some didn’t even get a seat! For Jesus, there ain’t no first-class line to the table. Why? Because what we do in here, is supposed to be mirrored out there. If we can get in the habit of maintaining equal ground here, the hope is that we carry that habit out there. If our eyes see this in action here, week in and week out, the hope is that our eyes naturally look for it out there. And when it doesn’t find it, help create it.

The next gift is the gift of being fed. This one might sound simple, as if God is just calling us to feed people food whenever we can. If that was the case then most churches are doing a pretty good job of that, including us. But physical nourishment isn’t all we talked about last week. We also talked about being fed emotionally around this table, being fed intellectually around this table, and being fed spiritually around this table. And in the same way that we are called to mirror the equal ground here, out there, we are called to feed out there, in the same way we are fed here. Think of your own families. Are parents expected to only give their children physical nourishment, and that’s it? Give them three squares a day and their responsibility is fulfilled?

Of course not! Parents are expected to feed their children emotionally, intellectually, and for religious folk like us, they are expected to feed them spiritually as well. Those same expectations hold true out there. When we leave here every Sunday, Christ says, “Now, go feed my people, in the same way that I have just fed you.” So, what does that look like? What does it look like to feed people emotionally? Intellectually? Spiritually? And how are we doing in each of those ways? I think you might find that we do more of those than you think? At the same time, if we put our heads together, we could come up with new and adventurous ways to fulfill Christ’s call to feed God’s people out there. And just so we’re clear, who are God’s people out there? Everyone

And that brings me to the last gift of the table, the gift of quality time with Christ, and also to something that Paul said in our reading. Paul has some pretty harsh but profound words for that church in Corinth. Clearly, he is disturbed by their behavior and isn’t holding back here. He writes, “those who eat the bread or drink the cup inappropriately will be guilty of Christ’s body and blood. Everyone should examine themselves, and eat from the bread and drink from the cup in that way. Those who eat and drink without correctly understanding the body are eating and drinking their own judgment.” Now if we’re supposed to mirror this gift as well out there, this gift of quality time with Christ, by spending quality time with people out there, then I think we have to re-examen what Paul is saying here.

The traditional interpretation of “understanding the body” as Paul puts it, is understanding not only the presence of Christ in the bread and cup, but also understanding the death of Jesus that brought us this bread and cup to begin with. However, I want to stretch that a bit. Surprise, surprise. Because I also think that “understanding the body” also means, understanding where Christ is, in the here and now, so that we can mirror that quality, personal time that Christ gives us in here, out there. Because Christ is everywhere, and in everyone. But for most of the last two thousand years, the Church hasn’t been willing to admit that, because the church has been too willing to maintain its safe, comfortable boundaries.

It’s been too willing to maintain who is in and who is out, who is saved and who is damned, who is a friend and who is an enemy, which brings us full circle to the divisions that Paul talked about at the beginning of today’s reading. But what if that was never the way it was meant to be? What if, we were meant to go out from this table of grace, and recognize, with our new eyes, that the body of Christ that we just experienced here, extends out there to infinity and beyond! What if, the gift of spending quality time with people, just like Christ does with us here, was meant to remind us, and everyone, that we are all in this together, that we are all one body, no matter what?

What if our job was not just to understand the body, as if it was an intellectual exercise, but to reconnect the body, every chance we get, by spending quality time with people we normally wouldn’t, by feeding people in ways that they’ve never been fed before, by seeing people, really seeing people and all that they have to offer, all their gifts and all their challenges, everything that they bring to the table, in the same way, that Christ spends time with us, feeds us, and sees us? Thanks be to God. Amen.