We are now in week four of this five-week series in Revelation. The end is nigh. Some of you might be sad by that, and some of you might be relieved that it’ll be over soon! I’m having a blast! I haven’t had the opportunity to spend any serious study time with this book since seminary, so I’ve been in Bible nerd heaven! My hope is, for some of you, these five weeks will have given you a new appreciation for this book at the very least, and maybe even provided you with the much-needed hope that the author originally intended. Even after readings like today! Dear Lord! As if last week’s wasn’t bad enough! I read this and thought, “What the heck am I gonna do with this! Dragons? Really John! You’re not gonna make this is easy for me are ya, John?” Those are the kinds of conversations we Bible nerds have in our heads, in case you were wondering.

A few thoughts though before we actually dive into the text itself. Two really, and they are actually warnings for us to keep in mind, two dangers that have been too easy for Christians to fall into when reading this passage of the dragon. The first one is that we shouldn’t get too bogged down by trying to decode what each and every reference and image that John used means. Don’t get me wrong, some of them probably did mean something very specific, as we will see in a bit. But some of the imagery used may not have, and when we try to force everything to mean something it’s easy to lose sight of the big picture, the big message that John of Patmos is trying to get across. And we don’t want to lose that. Equally dangerous is making any of these images mean anything we want, and we will see the danger of that in a bit.

So, with that in mind, let us turn to our text, which comes from the twelfth and thirteenth chapters. We skipped the rest of the opening of the seven seals, as well as the seven trumpets, don’t worry is just more death and destruction. After all that, we come to chapter twelve, and all of a sudden a dragon appears. And not just any dragon, this is the big guy himself, Satan! But why a dragon? Haven’t we had enough of the fantastical imagery in this book? How are we supposed to take this seriously?

Well, oddly enough, that’s probably why John uses the image of a dragon, so we take this seriously! Not literally, but seriously! There’s a difference! The image of a dragon was just as familiar to John’s readers as it is to us. Here he’s borrowing from a lot of sources, Greek, Babylonian, and Hebrew mythology to be precise. And by “borrowing” I mean practically plagiarizing! The description of the dragons from those various myths is almost word for word! And that’s ok, because the point here is for us to take evil seriously. With that in mind, let’s keep moving.

Apparently, the dragon and his angels got into a big fight with Michael and his angels up in heaven and they get tossed out. Which is great news for the residents of heaven, and really bad news for us residents of Earth, which is where they toss the dragon and his angels to. Thanks a lot Mike! Someone breaks out in song and sings about Michael’s great victory by the power of the wee little wounded lamb, and then the song ends with, “But oh! The horror for the earth and sea! The devil has come down to you with great rage, for he knows that he only has a short time.” And why is his time short, because he’s already been defeated, by the cross and the empty tomb! But that doesn’t mean that the dragon doesn’t have any fight left in him.

As theologian Mitchell Reddish puts it, “John can sing the song of victory because he knows that the decisive battle in the great war has already been fought. It occurred on Calvary. The skirmishes still continue, but the outcome of the eternal struggle between good and evil has already been decided. For John, the coming assault against the church is nothing more than the futile, desperate last gasps of a dying Satan.” Ooh, I love that! However, these may be his dying last gasps but as we know all too well, this dragon’s dying last gasps have a lot of power to them. And this is a good place to pause and remind ourselves of two things.

One, that Satan is not a force equal to God, the way it’s often portrayed. Believing that would be to believe that there are two gods. And of course, there are not. God always has been and always will be the ultimate power in the universe, and Satan will always be less than. And two, believing that Satan is a literal entity, a metaphysical being of some kind, is not a required doctrine for us as Christians. To quote Reddish one more time, “John uses the figure of Satan as a shorthand way to talk about the seductive and destructive power of evil.” And powerful it is! Chapter twelve ends with a cliffhanger, almost as if John is writing a movie script. He ends the chapter with these words, “Then the dragon stood on the seashore.” End scene. What a cliffhanger! You can just imagine the dragon being thrown down from heaven, landing on the seashore, straightening his back, then his neck and head, looking into Earth, plotting his next move!

Chapter thirteen opens with just that, a great and terrible beast emerges from the sea. Here we have an example of what I was referring to earlier, when an image is symbolic of something or someone specific. This first beast is Caesar Nero. Now I won’t go into the many ways that scholars know this, but one is the number six hundred and sixty-six. This is code for Caesar Nero. How do we know that? Well, if you assign a number to each letter of the Greek alphabet and then add up the corresponding numbers for Caesar Nero, you get six hundred and sixty-six. It is not an evil number, a cursed number, or any such nonsense as that. It’s a name. Caesar Nero, the name of one of the most cruel, evil emperors that Rome ever had. We’re talking Hitler-level evil. But here’s the kicker, he was already dead at the time of this writing! So, why is John so concerned with him?

Well, here’s more evidence that this book shouldn’t be taken so literally. Nero represented one of the greatest evils that they had experienced. And this author knew that the evil that Nero operated under, did not die with him, but continued on in other rulers, including their current one, and would continue in others, until the end of time. I know, that sounds very pessimistic but just take a look at history since then. For them, it was every Nero-like ruler that would come after. For us, it’s every Hitler-like ruler that the world has experienced.

Next comes a beast from the land, the dragon’s other lackey. So, if the first beast was Nero and all other evil rulers of the world, who is this second beast? Well, this one’s not quite as precise but this second beast represents all those who assist the first beast, thereby assisting the dragon. Remember, both beasts are merely the pawns of the dragon. They have no real power but what the dragon gives them. Unlike the wee little wounded lamb, who is the ultimate power in the universe!

John even has some fun with this by giving the beasts lamb horns, and a wound that has healed. He’s making them a parody of the lamb. No one can say that this John didn’t have a sense of humor! But more importantly, this is where we find the good news in all this chaos. In the fact that the dragon and his two beasts, don’t got nothing on the wee little wounded lamb. So much so, that John can poke some fun at them.

So, we’ve come to the “So what?” part of this sermon. What does any of this have to do with us? John of Patmos has one question for us to answer, “Who is our allegiance to, and how do we know?” John saw the Christians of his day wavering in their allegiance under the pressure of Rome and its evil, powerful rulers. And he knew that if this baby religion was gonna make it, they were gonna have to choose one or the other. They couldn’t claim allegiance to Christ with their mouths and with their actions work for the advancement of an evil empire. And neither can we. As one theologian put it, “Revelation 13 calls for civil disobedience.” When the entity in power is working against the ways of the wee little wounded lamb, we are called to do our part in working against that entity. 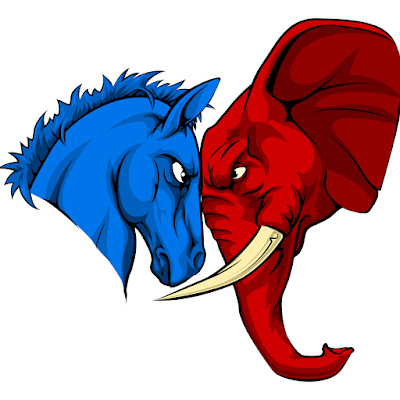 Lord knows, the church has been duped into working for many evil empires in the past, in spite of the fact that John of Patmos has been warning us of that for two thousand years. In his day it was the Roman empire and the worship of its leaders. Fast forward to the last century and it was the support of many Lutheran Christians in Germany to Hitler’s efforts to unify their country, at the expense of Jews, gypsies, homosexuals, and others they found “undesirable.” Another example would be in South Africa, where the Dutch Reformed church was a heavy supporter of the government’s racist apartheid policies. Or take Nicaragua, and the Roman Catholic’s support of the Somoza regime and its atrocities and human rights violations.

And here in the U.S., just take a look at how church leaders rally around the military during times of war, whether it’s World War I or Afghanistan, calling for the defeat of our nation’s enemies, godless enemies, portraying them as subhuman. Ah, and that’s where we get into some real trouble, isn’t it! When we portray our enemies as evil, whether they be Evangelicals or Muslims, whether they be Democrats or Republicans, whether they be white people or people of color, whether they be straight or gay, whoever our enemy might be, when we label them as evil, we’ve fallen in league with the dragon. Because it’s a very short step from that to losing all compassion and love for them. And that’s exactly what evil would have us do.

Thankfully, we have another example to follow, the example of the wee little wounded lamb, who does not come to conquer us, but to love us; who does not come to make us bow, but to lift us up; who does not come for blood, but to give his own; who does not come to divide us, but to remind us that we are all family. John of Patmos did not share these scary images to make us aware that evil exists. Like last week, we could have told him that! But rather, to quote Reddish one last time, “to remind us of the important role we play in the ongoing struggle against evil.” And may we always be willing to see and fight that evil, when it manifests in our own hearts and minds, as we daily renew our allegiance to the one who has always been loyal to us, the wee little wounded lamb. Thanks be to God. Amen.