So, we continue this four-week romp through the letter to the Ephesians, this being week three, and without giving you any spoilers, I’m really excited to get to next week because I don’t think anyone could have guessed where this is all headed. In week one we talked about our adopted identity as Christians. In week two, we talked about how that adopted identity levels the playing field for us. And right out of the gate, I’m just gonna tell you what today’s passage is about, it’s about being called and equipped. But I’m telling you, you’ll never guess what the author ends up doing with all that at the end of this letter.

But let’s not get ahead of ourselves, today is all about being called and equipped. I’ve been having a lot of conversations lately that have helped to shape this sermon, so thank you all for that. As I was trying to figure out what I wanted to say about this passage, a flood of recent conversations came to mind, and I just couldn’t shake the feeling that this was not a coincidence. I’ll share a few with you today, don’t worry I’ll keep them anonymous and I won’t include any embarrassing details! 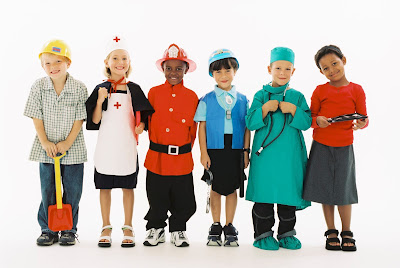 My working title for this sermon was “Called, then Equipped.” And that seems backward doesn’t it! In our society we train first, we practice first, we learn first, we go to college, grad school, trade school, we do internships and apprenticeships, the equipping always seems to come first. Sometimes, we do all those things, and then decide if we are really called to whatever we were equipping ourselves for!

But that is not what the author of Ephesians seems to be getting at here. In fact, if you read this carefully, the author assumes that we are called first, then equipped to do what we have been called to do. I find that both encouraging and terrifying all at the same time! It’s not very logical, is it? At least not to our human way of doing things. Why would you call on someone to do something without first knowing if they can even do it! That’s no way to run a business!

But there’s the difference. We may not know, but God knows. God knows our qualifications because God is the one that gives them! That’s why I find this so encouraging. There’s so much grace in the fact that God already has faith in you to do what God has called you to do. But that doesn’t make it any less scary, does it! So, I overheard a conversation last week at coffee hour. Everyone’s now thinking, “Oh Lord, what did I say now?!” Either that or, “This is exactly why I don’t attend coffee hour!” I’m joking, I’m joking! The conversation was about protesting, going to a local protest. And one person said, “I’d go to one but I don’t know enough about the issue to feel comfortable going!” I kinda chuckled to myself because I’ve thought that exact same thing.

Here’s another related conversation. Through my work with the synod, I have the honor of working with many of our seminarians. Being a support for them, an ear to vent with. And in a recent conversation with one of them, they were talking about their upcoming CPE. CPE stands for Clinical Pastoral Education, it’s a requirement for all our seminarians and is a three month full time experience as a chaplain usually in a hospital setting. It’s a mixture of classwork discussions, but most importantly, lots of visits with patients in their hospital rooms.

And the issue that this particular seminarian was having was the fact that they don’t give you any training or instruction before visitations start. In fact, they start right away. This seminarian said, they just throw you in those rooms and hope for the best! As I sat there just nodding my head as if to say, “Yep! We all had to do it! Now it’s your turn!” I think they were hoping for a word of comfort or to tell them that it’s really not that bad. I had no such words. It really is that bad.

What I could say though, is what I’m about to tell you now. Being called, and then being equipped, is how God has designed it. As illogical as it may seem, as scary as it may feel, as backwards as it may look, it’s designed that way, by God. And that in and of itself should give us hope and encouragement, and better yet, the bravery needed to say yes to whatever God is calling you to do. And that goes for everyone, not just those called to be pastors, but everyone.

Alright, so now that we have that down, the next question is, what are we being equipped for? This will be very clear next week but to set that up, let’s talk about what it is not. At first glance, it’s easy to assume that this chapter is about unity. And you wouldn’t necessarily be wrong, but it’s probably not the kind of unity that you’d think. Biblical scholar, Thomas Slater, wisely wrote this about this passage, “We live in a world that has confused uniformity with unity.

We live in a world that has confused uniformity with unity.” So, I’ve had two other conversations recently. The first was about a longing for local churches from different denominations to work together. And the other was about church splits. Both conversations are rooted in the same web that we humans get caught in all the time. When we don’t agree, we hit the road. When we don’t agree, we don’t work with each other.

Whether that be within in one church, or across denominations, religions, or even international borders. It’s this common misbelief that we have to agree in the way that we believe or think or behave or practice or worship, and I haven’t even mentioned politics! The kind of unity that this author is talking about goes far beyond any of that. It’s not about uniformity of thought or doctrine or worship practices. It’s not about uniformity of political persuasion or tradition or even geography for that matter.

It’s not a physical unity. It’s not an academic unity. It’s not an emotional unity, meaning it’s not a unity just to make us feel good and give ourselves a pat on our backs because we did something together without punching someone in the face. It’s a deeper unity that is at stake here. It’s a spiritual unity. And I don’t mean that in the hippy dippy we’re all one with the great spirit in the sky kind of way.

I mean that if we have any chance at the kind of unity that this author is getting at, especially knowing where he is eventually going with all of this, then we are going to have to remember and reengage with our God-given connection that we have with all those around us, a connection that is deeper than the physical, academic, or emotional. It’s a spiritual connection that we will have to remember in order to find the unity that this author is calling us toward. Because when we do, so much of that other stuff, seems so much less important: the politics, the doctrines, the traditions, the rituals, the property, the building, and other such material things, it’s all just less important than we thought.

Not unimportant. But certainly much less important. When we find the maturity, as the author calls it, the maturity to remember our spiritual connection with others, we find the ability to see the image of God in every single living being we encounter. And that is a game changer. When we can get to that point in our faith journeys, that’s when we can finally get to work on what we are called to at the end of this letter. Until then, know that you are all called to do God’s work in the world, but most importantly, know that since you are called, you will be equipped. And in that assurance, may you find the encouragement, boldness, and bravery to whatever it is that God is calling you to do. Thanks be to God. Amen.