Depending on the day of the week that Christmas falls we don’t always get two Sundays during the twelve days of Christmas but this year we do, and we get this wonderful little story from Jesus’ childhood! I really love this story, for a few reasons. We don’t get much from his childhood in the Bible. In fact, unless you count the visit of the magi, as Jesus may have already past his second birthday by the time of their visit, this is the only story that we get from his childhood. Which is kind of odd if you think about it. For such an important biblical character, you’d think more stories from his early years would have made it into the Bible. Notice I said, “made it into the Bible.” We actually have lots of stories from Jesus’ childhood, they just didn’t make the final cut of the big book, which makes this story all the more important! If you ever get a chance to look up some of those stories, I highly recommend it! They make for some entertaining reading!

My favorite stories from this group of writings, involve Jesus and birds. Maybe because, like me, Jesus really liked birds! There’s one story of him accidentally killing a bird and when he picked it up it came back to life. And there’s another one of him making birds out of mud, which he then made come alive. These are real stories that people were passing around after he died! Then there’s some more, let’s say, unsettling stories from his childhood, like when one day he was playing in a creek and built a damn out of mud to make a pool and one of his friends broke the damn, which led the child Jesus to kill him. Ok, I can see why that didn’t make it into the Bible. But what I like about these stories is how human they make Jesus, which is also probably why they dismissed them. The early church, especially during the time when they were putting the finishing touches on the collection we now know as the New Testament, was still wrestling with who, or more precisely, what Jesus was. Was he a God? Was he a man? Was he both and if so, how does that even work? And since they were wrestling with these questions, they had to be very careful of what they allowed into the Bible. Hence, this one lonely story from his preteen days. 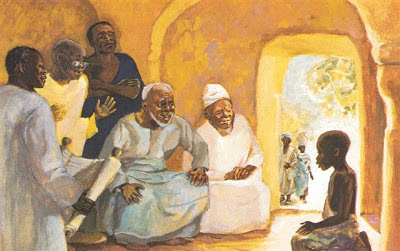 And if there was ever a preteen story, this is it! I’m not sure if I should title this sermon, “That Time Mary and Joseph Lost the Kid” or “Jesus the Brat Child!” So, let’s dig into this story. After leaving the big Passover celebration in Jerusalem at the ripe old age of twelve, Jesus decides he wants to stay and so he does, while everyone, including his parents, leave. Now, I don’t even want to get into how Mary and Joseph could not account for his whereabouts, let’s just say cultural differences? Anywho, they leave their traveling cohort and go back to Jerusalem to find him. Now, let’s pause there and contemplate what this story tells us about Jesus. The traditional view would tell us that Jesus was wise beyond his years, knew who he was, and where he needed to be. My view, Jesus was just a typical brat of the preteen variety. Why not? Centuries ago, we concluded that Jesus was fully God and fully human, even though we don’t know exactly how that works. So, why not just lean into the fully human part for this story?

Which brings us back to why I love this and even those other stories from Jesus’ childhood so much. They humanize Jesus. They ground Jesus. They bring him down to earth, where we dwell. Once they find the brat child Jesus, they begin to scold him, telling him how worried they’ve been. His response? He says, “Why were you looking for me? Didn’t you know I’d by in my Father’s house?” Wait a sec, did he just pull a “didn’t you know” on his own parents! I can’t stand it when I share something with someone and their response is, “Didn’t you know that?” And it doesn’t matter the tone of voice used, it always comes off snotty. Well, of course I didn’t know that! Otherwise I wouldn’t have shared that! Or in Mary’s case, “..otherwise I wouldn’t have been worried sick for three days you snot-nosed little brat!” If there was ever a bratty preteen response, this is it!

But let’s get back to the point I’m trying to make here before I get too worked up. One of my favorite bands is the Foo Fighters and one of my favorite songs of theirs is called My Hero. It’s a song that speaks to the heroes in our lives, but particularly the ones whose power does not come from superhuman abilities, but rather, come from very ordinary humanness. Some of the lyrics go like this:

Watch him as he goes

Don't the best of them bleed it out

While the rest of them peter out?...

Watch him as he goes

It’s a rock song but here’s a more mellow acoustic version that I’d like to share with you.

The last time I used this song in a sermon was at my internship site in Birmingham, Alabama. I remember one member taking me out to lunch after that sermon and part of our conversation that day was about how much he didn’t think Jesus was ordinary. To his surprise, I totally agreed with him! That’s the beautiful mystery of it all! Some days I need a savior that is more like Superman. And other days I need someone who is more like me, even the bratty version of me. I find comfort in knowing that Jesus can relate to us on so many levels, even when we are found lacking. Jesus isn’t my hero just because he’s the ruler of the cosmos! But also because, especially because, he cared enough to experience all that makes a human human, and still loves us unconditionally. That’s a hero in my book. That’s the Jesus that Luke will present to us in this extraordinary Gospel. Thanks be to God. Amen.