Promises in the Dark

Our Bible story for this week, which comes from the fifteenth chapter of Genesis, began with the words, “After these events…” So, some of you may have been wondering what those events were that the author was referring to. Well, last week, we read from chapters two, three, and four, so, we’ve skipped a few stories as we will in the coming months because there’s just too many for us to get to them all. We skipped The Flood, which we read in year one of the Narrative Lectionary, the Tower of Babel, when God first reveals Godself to Abram which is also when God first revealed the promise of a great nation from Abram’s line, a note that will be important later. Abram then journeys to Egypt to escape a famine, where he gets in trouble because apparently, his wife Sarai was so beautiful that he thought they’d kill him to get to her so he tried to pass her off as his sister only to bring a plague on the Egyptians who quickly kick them all out. Oh, silly Abram. Then, he and his nephew Lot, whose family and possessions had been with Abram this whole time, decide to go their separate ways to avoid any conflict between their clans. Abram settles in Canaan, where he prospers, and Lot in Jordan but then Lot gets captured in a war. Abram then mounts a rescue attempt with his own army and was successful. So, these are the events that the author is referring to and that brings us to today’s story.

This story, though short, provides the foundation for, well, for the rest of this book to tell you the truth. God reiterates the promise of a family to Abram, the one thing that Abram wanted but didn’t have. Actually, it’s the one thing that most any man would want in Abram’s day because it said so much about who you were as a man. A man without a family of his own was not really seen as much of a man at all then. A man with no one of his own bloodline to pass on his traditions, religion, possessions, land, was really a lost cause in the eyes of the ancient world. More than that, it was a sign that the man’s god was either displeased with him, or that his god was not a very powerful god to begin with! So, there was a lot at stake here for Abram, his identity as a man, as a follower of God, as a successful businessman, were all under the spotlight, all because he could not produce any offspring. 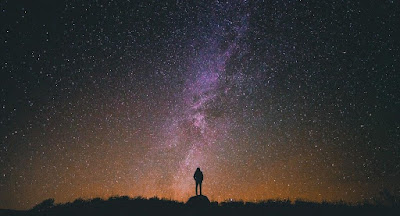 So, this promise of God’s to Abram, a promise of a family, a family of his own, from his own blood, means more to Abram than anything else that God could have promised. And this promise was a doozy! Not only was God promising Abram a little family of his own, which I’m sure Abram would have been quite content with, but God had even bigger plans for Abram. God promised to make a whole nation out of his bloodline, a nation that would end up being a blessing to the whole world, as God mentioned back in chapter twelve! God tells him to look up at the night sky and count the stars, claiming that was how many descendants he would end up having! And Abram took God at God’s word. This scene always reminds me of a scene in The Lion King. Take a look.

Those last lines are everything here. When Simba says, “But I can’t see them, Dad.” And Mufasa says, “Keep looking, son. Keep looking.” Which brings me to where I think the gospel is to be found in this old story, remember gospel simply means “good news.” And the good news happens not at the end of this story, not with the amazing promise that God gives to Abram. No, grace can be found with those opening lines of God’s to Abram, when God said, “Don’t be afraid.” And if you think about it, it’s kind of an odd thing to say. Why would God say that, particularly at this point in the story? Abram just got back from defeating an army to save his nephew Lot, he somehow escaped the wrath of Pharaoh after he learned that he’d been lied to by Abram, not to mention the fact that he was doing quite well now in his new homeland of Canaan. What would Abram be afraid of? And why would God saying, “Don’t be afraid” be filled with so much grace? 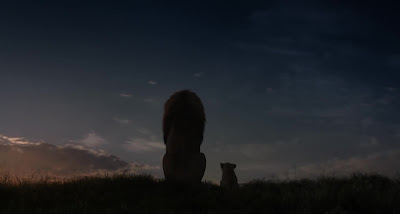 Well, it’s not the words themselves, so much as it’s the fact that God is talking to him at all! In her commentary on this story, Kathleen O’Connor calls this chapter, “Dialogue in the Dark.” And this chapter is rather dark, in spite of the celestial promise given to Abram! But it’s only dark if you can hear this story from the perspective of Abram. If you can slip your feet into his sandals for just a moment, you will see that Abram is indeed in a very dark place. Like Simba, he just can’t see this promise in the stars. Keep in mind that three chapters ago, when Abram first met God, he was already seventy-five years old! At this point, he might be around eighty, not that it matters, right! At seventy-five, he’d already given up on a family! Then God comes along and promises one, only for years to continue to pass by without the pitter-patter of little feet in the tent! So, here is Abram, at ground zero, without a hope in the world for a family. He’d already given up on that old promise of God’s. How do we know this? Because he’d already selected which one of his servants would be the heir to his estate. Some guy by the name of Eliezar. Not only had he given up hope, but he had already gotten his affairs in order. A dark place indeed for old Abram. 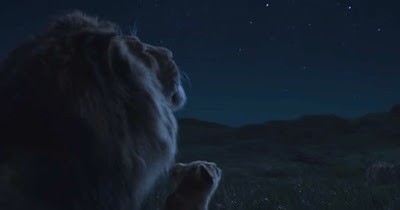