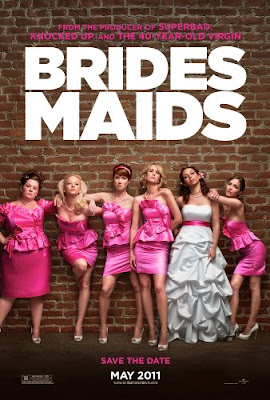 So we have yet another parable using wedding imagery. Last week we read the parable of the wedding feast and today we have the parable of the ten bridesmaids, which the movie Bridesmaids is loosely based on. I’m kidding! Anyone who has seen that movie knows that couldn’t be further from the truth! Seriously though, if all this wedding imagery being used to speak about God seems strange, it’s really not. These aren’t the only two times in the Bible that wedding or romantic imagery is used. In fact, weddings, marriage, and romantic love are all frequently used throughout the entire Bible to help describe our relationship with God. Now, that might sound kind of creepy at first but that’s simply because our culture has a tendency to sexualize everything we possibly can.

However, sex aside, there is a lot that marriage or romantic love can teach us about who God is and how God relates to us. Themes like commitment, faithfulness, love, dedication, sacrifice, patience, forgiveness, all important for any marriage, are in fact also important, crucial aspects of our relationship with God. So it’s no wonder that stories like Ruth or Esther or the book Song of Songs, or the way Paul described the church as the bride of Christ, all use romantic love to teach us something of God.

It’s quite beautiful really, the way that biblical authors weren’t afraid to go down that road to explore who God is to us. Doing so describes a relationship that is strong, well-rounded, and intimate. We will do this parable justice if we keep these things in mind while we try to interpret it; especially because, like last week, this parable is a tough one.

So, let’s dive in. Jesus tells a story about ten bridesmaids who went out to meet the groom, and right away we’re already scratching our heads. Why would bridesmaids be doing that in the first place? That’s not how weddings work! This is one of those cases when you have a Bible story that is closely tied to a cultural practice that is either different than ours or no longer even exists. In that culture, what we think of as a wedding ceremony was actually done at the engagement.

That’s when they would exchange vows, dowries were paid, that’s when the marriage was ceremonially formalized. Then, at a later date, when it was time for the bride to move in with her new husband, they would form a procession all the way to the groom’s house to have, you guessed it, a wedding party! That’s the part of the wedding that this story takes place in.

So now they are waiting for the groom to show up so they can get their party on, and the story focuses on these ten bridesmaids. They have their lamps all ready and wait patiently for the groom to arrive. Unfortunately, the groom is late. And this is a problem for five of the bridesmaids because they didn’t bring any extra oil for their lamps like the others did. And so they are called fools, and the others are called wise. And to make a long story short, the foolish bridesmaids end up missing the celebration. I know, I skipped some of the more challenging parts of this parable but remember what I’ve told you about parables, you can’t over-analyze them, you can’t get lost in the details, and there isn’t always a nice one to one ratio between each part of the parable and real life. It’s a story, and should be treated as such.

I’d like to focus on how these bridesmaids are judged, because I’m not really convinced that they are wise and foolish. I think to call those five wise is a bit of an overstatement. I mean, so what, they brought some extra oil, that doesn’t exactly earn them a wisdom award! And for the other five, foolish just seems a bit harsh, if not altogether inaccurate. I wouldn’t call them wise and foolish, I’d call them the realistic and optimistic bridesmaids.

Let’s start with the realistic ones. They knew that they had no idea how long the wait would be. There was no way of knowing that the oil in the lamps was going to be enough. The groom being late was a possibility and being the realists that they were, they brought some extra oil just in case. They were simply being practical realists. They had faith that the groom would indeed show up, they just didn’t know when.

Now the other five were the optimists. They weren’t foolish. They weren’t careless. They weren’t disrespectful. They left their house with faith that not only would the groom show up, but he’d be on time, and all would be well! They went with the hope and confidence that everything would work out as planned. Unfortunately, they were wrong this time. Does that make them fools? I don’t think so. Will they make the same mistake again? That will tell us whether they are fools are not. But we don’t know that.

So here’s a different question, “Which one are you?” And try to ignore how this story ends! I know, easier said than done, right? Because the story as told certainly pits one group against the other. Before you admit which one you are, hear this first—both are needed. We need people who are practical realists who always make sure we are prepared for any scenario. But we also need the optimistic, leap of faith people who aren’t afraid to push us toward an experience that can only be had with enough confidence and hope. So, now, which one are you? You don’t have to answer that out loud, you know who you are, we all know who you are! The challenge is, can we appreciate and value who we all are?

So, not that this is going to be a surprise to most of you, but I’m a practical realist bridesmaid. I like to be as prepared as possible for any contingency. I love numbers and statistics to help me in my planning. I am usually the one in the group to warn of the possible doom inherent in any given plan. As such, we practical realist bridesmaids are often thought of as Debbie Downers, sticks in the mud, Eeyores, and we’re often mistaken for pessimists. That’s like the worst insult you could give a practical realist bridesmaid! To be clear, before I get too defensive, a pessimistic bridesmaid wouldn’t even have been there because she would have turned down the offer to be a bridesmaid because she’d be sure that the groom wouldn't show up anyway! But I digress.

To be fair, we practical realist bridesmaids throw just as much shade, just as much judgment, at our counterparts. We look at them on the other side of the yellow brick road, see, I’m doing it already, we look at them and we secretly, or not so secretly, call them Pollyannas, or Dreamworld citizens, or when we’re really fired up, impractical idealists! I apologize for my language. I don’t know what got into me. Joking aside, if I’m honest, and willing to be a bit vulnerable, there is so much about the optimistic bridesmaids that I’m envious of. And, when I am at my best, I recognize how much I need them in my life…no matter how annoying they may be. Now see, I couldn’t just leave it there. Bad bridesmaid! Bad bridesmaid!

And in this case, those five would have probably left the house with extra oil because of the time they had spent with the other five. It’s so easy these days to get trapped into the kind of thinking that tells us that our differences are what divide us. When the truth is, our differences can unite us, strengthen us, and make us the best bridesmaids we can be. God needs all of you, we need all of you, no matter who or what you are. Thanks be to God. Amen.