This is by far one of my favorite parables of Jesus’. I love it because it is so counter-cultural, it’s so against the grain, and it just chaps people’s hides! And if you think about it, it’s also a very anti-American, anti-capitalism, anti-Social Darwinism story. You won’t find any “survival of the fittest” kind of thinking coming from Jesus. Ideas like, “work hard enough and you can achieve anything” or “the world is your oyster,” you won’t hear those from Jesus. No, instead you get this parable of the vineyard workers.

Which, depending on your perspective, could be an amazing story! But for many of us, dare I say, for most of us, it’s easy to walk away from this story a bit confused, at best, if not altogether angry. Most of us are raised with a very particular idea of fairness, and this story that Jesus tells flies in the face of that principle that we hold so dear.

That’s the direction that I usually go with in this text but I was caught off guard when I saw something a little different in the story this time. So let’s first talk about waiting for a minute. Waiting sounds more like an Advent theme but I think it’s just as applicable to Lent too, especially because Lent is about twice as long as Advent, plus, you normally don’t give anything up for Advent. Although, that might be an interesting idea for us to do sometime. When we think of waiting, we often think of it negatively but there are positive types of waiting as well as negative ones.

We’ve all had to experience the pleasant and not so pleasant kinds of waiting. There’s always something we have to wait for isn’t there? The waiting story that first came to my mind to share with you, was waiting to become a pastor. As many of you know I felt the call to become a pastor in my senior year of high school but it didn’t become a reality until I was 38 years old! It was a long wait that was filled with failed attempts at school, figuring out how we would pay for it, figuring out how we would support a family at the same time, battling thoughts like, “If it’s taking this long then maybe it wasn’t meant to be.” From that first sense of call in high school, twenty years of waiting. How did I get through it? More on that in a minute. Let’s turn to our story now and I’ll explain why I’m talking about waiting.

Matthew shares this parable of vineyard workers with us in chapter twenty of his gospel. Last week we read from chapter eighteen, so that means we skipped chapter nineteen, but not because it’s less important, far from. As I’ve mentioned before, our biblical authors shared these stories in a very particular sequence hoping that you’d connect the dots between them all. So, what was in chapter nineteen? That chapter is mostly about sacrifice, but I’m not talking about the cross. Jesus was talking about giving up things on behalf of others, giving up things for the betterment of those around us. That’s the kind of sacrifice that Jesus was talking about in that chapter. So with that in mind, Matthew then shares this parable of the vineyard workers.

The landowner hires workers at different times of the day, some at sunrise, the typical start of a workday in that culture, sun up to sun down, and others as late as five o’clock, with only an hour left in the workday. Then Jesus lays on them one of his typical plot twists, by stating that the landowner paid all of those that were hired to work the vineyard, no matter the time, the same amount. They all got a full day’s wage. Naturally, the ones that got hired at sunrise were furious, even though when they got hired, the amount seemed fine, but then when they compared it to what the last hired workers received, then all of a sudden it was unfair. Jesus then ends the parable with the landowner basically saying, “As the landowner, I can do whatever I want with my money. Take your pay and get outta here!”

But the shoes I want you to put on for the purposes of this sermon, are the ones who were hired last, but not them at the end of the story when they were getting paid, them at the beginning of the story, when they were waiting, waiting all day not knowing if any work was going to come their way. Just waiting, while they watched others get what they had dreamed about the night before.

When asked by the landowner why they were not working, they answered, “Because nobody has hired us.” They weren’t unemployed because they were lazy, or because they didn’t want to work, or because they were content living off of others generosity. They were unemployed simply because they had not been given an opportunity to work. Meanwhile, they had been waiting all day. So imagine, getting there with everyone else just before dawn with high hopes of getting work. If they could get a full day’s work that could feed their family for a while, or help pay rent, or buy clothes. They stood with everyone else, watching the sunrise, and with that sunrise were all their hopes and dreams for an honest day’s work and pay. 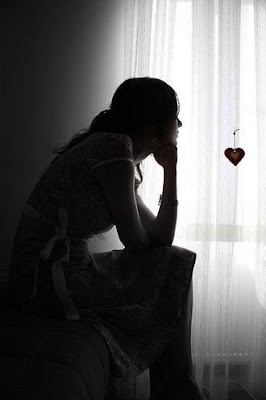 A landowner shows up and hires a bunch of them, but not you. So you wait. Nine o’clock rolls around and another landowner shows up, hires a bunch of workers, but not you. So you wait. It’s still early, it’s ok. At noon the same thing happens. Your shoulders begin to droop. At three o’clock the same thing happens. You hang your head in despair. It’s time to give up. It’s time to go home but you hesitate because now you’ve got to figure out how you’re going to go home and explain your empty pockets, let alone where dinner is going to come from—and so you wait some more.

Those are the shoes that I’d like you to try on today—the shoes of one waiting, waiting for grace to come your way, on the verge of giving up. Why? Because there are a lot of people waiting in this world, waiting for grace to come their way even though the chances of that happening are slim to none. Maybe you’ve been there. What is your story of waiting? What got you through it? I’ll tell you what got me through mine, even though it wasn’t life threatening, it was still quite a challenge.

What got me through it were those around me, supporting me, encouraging me, lifting me, crying with me, never giving up on me or my dream, waiting with me. People like my wife, my children, my pastors, my fellow church members, my friends. In all those twenty years of waiting, no one ever told me I was a fool for waiting, no one ever told me it was time to give up, instead, they kept the dream alive in me even when I could not, some even went so far as to financially support us, my wife sacrificed to be our sole provider so I could attend school full-time.

So my question for you this week is, how are we called to wait with those who are waiting? What is our role in their waiting? But, first of all, who is in this state of waiting in our world? Who are those that are waiting for grace to show up? Certainly the hungry and poor of our world are in this state of waiting. Those who are mourning the death of a loved one and wondering, “How long O God?”

I also can’t help but think of our Muslim siblings throughout the world right now after the mass shooting at two mosques in New Zealand, who continue to wait for a world where they are welcome. Can we even put our feet in their shoes for a second? Can we even imagine being targeted and killed around the world just for being Lutheran? Also on my mind are our LGBTQ siblings in the United Methodist Church, which recently dug it’s heals in to not allow LGBTQ people to become pastors, or for LGBTQ people to be married in their denomination. They continue to wait for grace.

I’m sure you can think of others who you know are waiting for grace to arrive. Could that grace be you in some way, in some form? And if so, what might that look like? How can you wait with those who are waiting? The answer to that might be as simple as answering, “How have people waited with you when you were waiting?” How can we support those who are waiting for grace to come into their lives, how can we encourage them, how can we help them feel safe in the state that they are currently in?

And to be clear, I’m not necessarily talking about solving their problems, there will be other opportunities for us to talk about that. Rather, how can we be present in their waiting? We are the recipients of a God who walks with us through thick and thin, no matter where we go or how we got there. Shouldn’t we then be a people who walk with others, through thick or thin, no matter where they go or how they got there or how different they are from us?

Or, you may have to sacrifice what you’ve always believed about certain Bible passages in order to wait and walk with your LGBTQ siblings. Or how about our feelings about drug addicts, or mental health patients, or, I’ll let you fill in the blank. More often than not, to answer the call to walk and wait with those who are waiting for grace, requires a sacrifice of some kind on our part, and spoiler alert, it’s probably not going to seem fair! Thankfully, God isn’t fair with us. Instead, God has sacrificed all that God is, in order to walk with us, as we wait. Amen.