As I mentioned last week, at this point of the story of God’s people, as we journey through the great stories of the Hebrew scriptures this Fall, the once unified kingdom of Israel has split in two, each with its own king. And they have gone through many kings now, as this story is about a hundred years after last week’s story of the healing of Naaman. This week’s story comes from the southern kingdom of Judah, but it’s really not much of a story, as it is a sampling of the prophet Micah’s reaction to what the kingdom was going through.

These are uneasy days for the southern kingdom. There is a tension in the air that can be felt by all. There are news reports of some very troubling things happening all around them, as well as within their borders. Troubling times indeed. First off, they heard that the northern kingdom had fallen and their capital city Samaria was under siege. They are also hearing reports that the Assyrian empire was growing like wildfire, able to consume the mightiest of nations, and they were at their doorstep.

And there was the little kingdom of Judah, with Jerusalem as her capital, in the midst of all this chaos, with kingdoms literally crumbling all around them. So many questions were probably swirling around their heads. What can we do? Should we fight? Will God come to our rescue even though God didn’t rescue the northern kingdom? Should we just give up and count our losses? Not to mention questions like, why is this happening to us? Why are there so many threats all around us?

What did we do wrong? And that’s where the prophet Micah steps in. Because according to Micah, they knew darn well what they did wrong. But part of a prophet’s job is being a truth teller, and so that’s what he does. Way back when the kingdoms were still united as one, under King Solomon’s reign, they were warned not to worship other God’s. Stick with me, was God’s plea. I’ll remain faithful to you, God said.

But what do they do? Worshiped other gods. I mean, when your own king is doing it, why not? If the top dog can get away with it, why can’t we? And so they did, for hundreds of years. And now the prophet Micah steps in to remind them, that this was never the way it was supposed to be. So, this book starts out full of judgment on them. The whole book, by the way, is very short, you could read the whole thing easily in one sitting. But Micah is full of surprises. Which makes sense because Micah’s God is full of surprises.

Micah does not remain in judgment over them. Would he be justified if he had? Absolutely! They broke the first commandment! Have no other gods! They broke that over and over again! Forget the other nine, they couldn’t even get past number one! Now God, through Micah, could have easily said, I’m done with ya’ll. Fool me once, shame on you. Fool me…for hundreds of years, well, shame on me! I’m out! And what could be their defense? There was none. But like we all know, God is full of surprises.

Micah pairs his judgment with hope. Which probably sounded crazy! Here they are, in the midst of chaos, kingdoms crumbling around them, an enemy empire breathing down their neck ready to consume them, and Micah has a word of hope? Huh? But, let’s keep moving through our reading. From where are they supposed to look for hope? From where is it supposed to come from? Bethlehem, Micah says. Bethlehem? Even Micah has to add that this is the least significant place in the kingdom! Talk about surprises! I mean, this would be like if California was in the midst of a statewide crisis and the governor asks me—because, you know, prophet, pastor, we’re all the same—asks me, where will relief come from Pastor Ron, and I say, Penryn. Even the governor might say, Penryn? Where’s that?

That’s how ridiculous this idea of hope from Bethlehem was! It’s only claim to fame was that it was where King David was born. That’s it! Other than that it was barely a speck on a map. And you know, when the chips are down, when you’re in a tight spot, when the enemies are circling round you, and you ask for help, you’re expecting a better answer than Bethlehem or Penryn! Right? By the way, my apologies to the great people of Penryn…all 831 of them. I feel bad for making them the butt of a joke. It had to be somebody though!

Anyway, there was very little hope that could be gleaned from this news. But Micah continues, a ruler is gonna come from Bethlehem, whose origin is from remote times, from ancient days. Ok, at this point I’m wondering what Micah is smoking. But he continues, things are going to get worse before they get better, and by better he means a baby of peace. A baby? We don’t need no baby Micah! And we surely don’t need peace right now! We need a warrior Micah. Someone to put the Assyrians back in their place, once and for all! But Micah doesn’t budge. And how can he? His message of hope is from God!

And so there they are, on the edge of despair, with this cryptic message of hope, wondering what to do. You don’t have to read too many headlines these days before despair begins to flirt with you. Just the other day there was a tragedy that hit too close to home for many of us. As I’m sure most of you have heard, late Wednesday night a lone gunman opened fire in a Thousand Oaks bar and grill that was hosting a college night event. Many students from California Lutheran University were in attendance.

Twelve were killed, including an officer, before the gunman took his own life. CalLu is where we took a van load of our youth to attend the Western States Youth Gathering two summers ago, becoming a place very special to us all. Tragedies like these, the political climate of our nation, global warming, nations at war, terrorism, our mental health crisis, there is a lot going on in our world that could easily lead us to despair. What are we to do? How can we make things better? If we’ve done something wrong, how can we make it right?

That’s the question that the people of Judah ask Micah at the end of our reading. With what should we come to God with, they ask. With our generous offerings? Do we have to offer our children? In other words, you name it Micah and we’ll do it! Micah looks them dead in the eye, probably shaking his head, and says, you already know what to do—and you’ve known for a long time now—but sure, I can remind you again, “do justice, embrace faithful love, and walk humbly with your God.” So what if the world looks like it’s about to crumble around you! You still got work to do! So go do it! And let me worry about the rest, says the Lord! 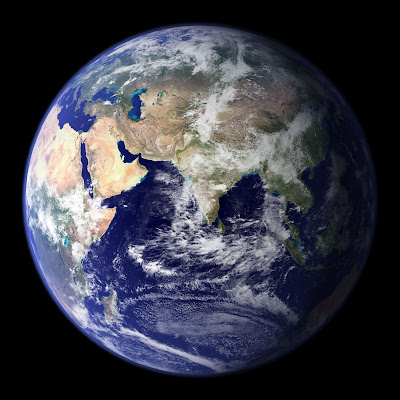 And yet, God had big plans for that little town, right? As we sing this next hymn, try your hardest to not think of Christmas, I know, that’s going to be hard. But what I want to do, is think of God’s big picture, the big picture that we cannot see. And think of that big picture as your source of hope when you can’t find it anywhere else. And know, that nothing will stop God’s big picture—nothing. Thanks be to God. Amen.