Many pastors this morning are going to address sexual harassment with this story. It’s certainly a hot topic these days, and it’s a topic that’s worthy of a pastor’s time in their pulpits. However, I chose to go down a different path. Maybe we will talk about it in the Sunday school class for adults, or at the Wednesday evening Bible study, or maybe in some other sermon but not right now. What I would like to address today, is this seemingly simple question, “What does God’s presence in our lives look like?”

As it turns out, it’s not a simple question by any means but before we get into all that let’s first take a moment or two to find out how we got to this story in the Bible. We are only in the third week of our journey through the great stories of the Bible and we are already at that story of Joseph. For you Bible geeks out there, you know that means we’ve skipped a few stories.

Last week we had a story from Sarah and Abraham’s life, and so that means we skipped stories from Rebekah and Isaac’s life, Abraham’s son and wife, as well as stories from Rachel and Jacob, Abraham’s grandson and wife. So, as we’re going through the great stories of the Bible and you notice us skip one of your favorites, don’t fret, odds are it’ll come up in a future year’s readings. Remember this is a four-year cycle of readings and each Fall we will return to Genesis and work our way through the Bible once more with a new selection of readings.

So, how do we find ourselves at this story of Joseph in Egypt? Last week God called Abraham out of his family and homeland, to become immigrants in Canaan. God tells Abraham that his family line will end up being a blessing to the entire world. Abraham follows those orders, has a son they name Isaac, Isaac has a son they name Jacob, and Jacob has a huge family, 12 sons and one daughter!

As I said, there are a lot of stories between last weeks and this weeks, from the time God gave that promise to Abram, to Joseph getting thrown in prison. We don’t have time to recap them all for you now, but I can say this, this family, from Abraham to Joseph, did not have easy lives. They struggled throughout. Many of the stories that we skipped are stories of heartache, death, natural disasters, infertility, rape, famine, tribal warfare, you name it they went through it! But the one thing that was common throughout each generation of this family was…family drama!

Oh my goodness, this family fought like cats and dogs! They were brutal with each other! And the lying and deception within this family is off the charts! Now, I bring all this up for a reason but I don’t want to get ahead of myself. Now, Joseph was one of those 12 sons of Jacob—the great-grandchildren of Abraham. And as is the case with many siblings, especially in this family, the sibling rivalry was like nothing you have ever seen.

Now, for those of you unfamiliar with the Joseph story arc, what you are about to hear is pretty awful. I mean, Joseph’s brothers were the worst! However, to be fair, Joseph was a spoiled brat! And this wasn’t all his fault either, his dad, Jacob, clearly favored him. The author states point-blank that Jacob “loved Joseph more than any of his other sons” and that it was visibly apparent to everyone, and as such, his brothers hated him for it! And when I say “hated”, I mean hated. So much so, that they end up stripping him of his clothes and throwing him down a dry well to die. But then they change their minds and sell their baby brother into slavery instead—which is where our story picks up and how Joseph found himself in Egypt.

His roller coaster of a life doesn’t end there though. He gets sold to Pharaoh’s chief officer and becomes the most important, powerful, and influential person in his master’s house. Though still a slave, things are looking up for Joseph! And just when he thought his luck had changed, bam, he gets thrown in jail, framed with a false accusation. And that’s where our story ends today, with Joseph sitting in a jail cell.

Now, he does find some success in jail, as much success as one can in jail. The commander there does give him lots of responsibility, but he’s still in jail! That’s where we stopped reading. And I found that odd at first. I mean, to be truthful, I found the selection of this part of the Joseph story to be odd. The entire Joseph arc covers the last fourteen chapters of Genesis! And there’s plenty of other stories in those chapters that I probably would have picked from Joseph’s life!

But this is the story that the creators of this lectionary chose and I began to wonder why. I mean, they didn’t even start at the beginning of the Joseph story, which I had to sum up for you in this sermon! So why this story? Well, I think it’s because there’s a truth within this story that has not only been important for this family up until now, but will be vital for God’s people in the stories that we will hear throughout these coming weeks. And that truth is this, this is what God’s presence looks like sometimes, like Joseph sitting in a jail cell, wondering, “How in the world did I get here?”

You remember how I said that Abraham’s family had struggles ever since he first left his homeland, and that those struggles had plagued every generation? Well, many of us would probably just call that “life”, right, one struggle after another? That may very well be a common thread in many of our lives, but what I think the author is really trying to drive home here, is that God is present in those struggles. 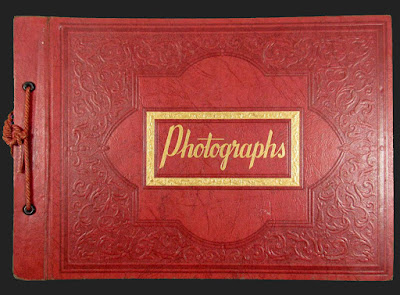 So, I love photographs. I get that from my Aunt Ann and my mom. They always made sure to capture every moment on film. I hated it as a kid, but I’m thankful for it now. Anyway, it’s not just my own family photos that I love. I love photographs in general. One of my favorite things to do when I visit people at home is ask about any photographs I see around their house. And if I’m really lucky, they will pull out an old photo album, remember those? And sit with me to look through them. And a common phrase I hear as we do that is, “This is us…” This is us at a ballgame. Or, this is us at our wedding. This is us fishing. This is us at the Grand Canyon. This is us. “Us” usually means family, or whomever is in the photo. This is us.

Isn’t it kinda funny how we have lots of photographs of the good times in our lives but very little, if any, of the really horrible, darker times in our lives? Remember how those old photo albums would say in large print on the cover “Photo Album”, as if we didn’t know what it was? Well, what they really should have said was “Good Times.” Because that’s what they really were right, page after page of good times captured on film.

Now, humor me for just a moment, and try to imagine what a photo album of “Bad Times” would look like. If you had a collection of bad times from your life, dark times, all captured on film, what would those photographs include for you? I don’t know about you but as I think about the various dark times of my own life, a common element in them is loneliness. Many times self-inflicted loneliness, because I often withdraw into myself during bad times. But regardless, many of the photos I’m thinking of, that would be in my Bad Times album, would include just me in the photos.

At least, that’s the way it would look to an outsider. But imagine actually sitting with someone and sharing your Bad Times album, I know, that sounds like a nightmare to me too, but just humor me. As you’re flipping through those pages, of all the bad times in your life, you could still say, even in the photos that only include you in them, “This is us…” Only this time, “us” is you and God.

I really do believe that this is the major point that the author was trying to get across in this part of Joseph’s story. God was with Joseph in the good times and especially in the bad times. And not just Joseph, but his whole family. And not just his family but every family at that time. And just at that time but even now—with you and me. I think this truth is a thread that runs through every story in the Bible. In fact, if you think about it, the whole Bible is like a big Bad Times photo album.

Think about all the Bible characters that you know. They all went through some horrible times, the worst times! But in every story, in some way, the author shares how God was with them. It’s easy to put together Good Times photo album. But don’t forget the Bad Times album. That album can be just as powerful, even if it’s just in your mind’s eye, as you remember those bad times, saying to yourself, “This is us.” “This is us.” Thanks be to God. Amen.