Well, we are deep into the season of Lent now, and John comes at us with another challenging text. But before we get into all that, our passage also contains probably the most well-known scripture verse of the entire Bible, John 3:16. And as such, it’s probably the most misused scripture verse of the entire Bible. Misused, because it is too often used as a weapon to attack people with. “God so loved the world that he gave his only Son, so that everyone who believes in him won’t perish but will have eternal life.” 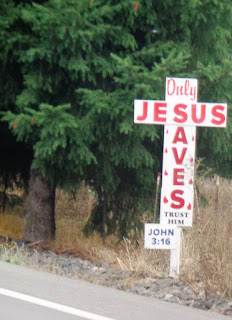 That verse has been thrown in people’s faces as a way to judge, attack, and condemn. I’m sure in your travels you have seen many signs in front of people’s houses or sometimes in a field on the side of the road, or maybe a protest sign outside of a Planned Parenthood, signs that tell you where you’re gonna go if you don’t do whatever the sign says. And many times, whether it’s relevant to the sign or not, John 3:16 will be somewhere on that sign.

What’s odd to me is what comes after that verse. Not only is it not what you’d expect but you find that it really doesn’t fit the context of all those judgmental signs that it gets attached to. And what follows of course is this, “God didn’t send his Son into the world to judge the world, but that the world might be saved through him.” Why isn’t that the verse on every sign and billboard in America? I mean if Jesus isn’t here to judge the world, should we be? And maybe that’s why we never hear about John 3:17. What good is your religion if you can’t judge other people right? That’s no fun! You mean we sharpened our pointer finger for nothing Jesus? We had this ready to go! We’ve been practicing and everything! Jesus then goes on to say more about judgment, but it’s nothing we want to hear of course, which is why most stop at 3:16.

And who is that light? According to John, it’s Jesus. Jesus’ presence, Jesus’ teaching, Jesus’ care for the world, is what exposes the world’s actions, for good or bad. So, in a sense, John presents Jesus as the great whistleblower. God’s great exposé of the world! Keeping in mind, that according to John 3:16 and 17, this is not about who is going to hell and who is not. This is about the here and now, and how well the world is following the light, Jesus—how well we are following Jesus’ lead and taking care of each other and the world—how well we are bringing new life into the present.

And that’s what this is all about, if we keep this passage in context. This reading from John’s Gospel, is the ending of his conversation with Nicodemus. And you may remember that Nicodemus was really struggling with Jesus and his teachings. He wanted very badly to buy into everything that Jesus was laying down but some of it was just too hard for Nicodemus to swallow. This is the same conversation where Jesus tells Nicodemus that he needs to be reborn if he wants to see God’s kingdom. And naïve Nicodemus was like, how can a person enter their mother’s womb again? It went right over his head. But this new life that Jesus was talking about was the ability to see, clearly, the world around them, and identify if it’s God’s kingdom, or something else they see. 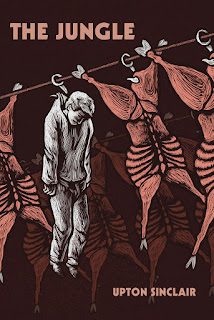 Let me give you some real world examples of what Jesus is talking about here. In the not so distant past we have seen our share of whistleblowing and exposés, from Watergate, to Edward Snowden exposing NSA activities. But let’s go way back, over a hundred years ago, to an exposé that we are still reaping the benefits from, Upton Sinclair’s book The Jungle. Around the turn of the last century, Upton Sinclair, a follower of Jesus but very critical of organized religion, went undercover as a worker in one of Chicago’s largest meatpacking plants, in hopes to uncover the poor working conditions of immigrants there, only to uncover the horrific health conditions and unsanitary practices of the meatpacking industry.

Soon after the publication of his book, the government passed the Pure Food and Drug Act and the Federal Meat Inspection Act. You can thank Mr. Sinclair for our ability to have a medium rare steak without fear! However, as a follower of Jesus, he was disappointed that the real reason for his work, the welfare of immigrant workers, fell on many deaf ears. But it was his faith in Jesus that allowed him to see their struggle, exposed by the light. Because we cannot address a problem until we can see it. 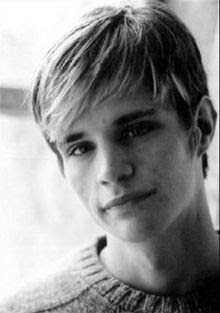 Fast forward to modern times and there has been a lot of things that have been exposed by the light in recent years. Matthew Shepard, a college student who was brutally beaten, tortured, and tied to a fence in near-freezing temperatures, left to die,  because he was gay. Now, it was already known that homophobia was a real problem in American society when this happened in 1998, but it took the widespread media coverage and investigation for our nation to realize how violent homophobia could be. This was not news to the LGBTQ community, they live it, each and every day. It was the rest of society that was in the dark, until brought out into the light. Though it took 11 years, hate crime legislation was finally passed, in the hopes of minimizing this kind of violence. Because we cannot address a problem until we can see it.

Let’s take racism as another example. After the election of President Obama, many Americans were feeling pretty good about our fight against racism. Only to find out how alive and well it really is here. To you of older generations, did you ever think you would hear the word Nazi in the news as often as you hear it today ever again? So many things that we thought were behind us have reared their ugly heads again. Why? Because of the light, exposing the actions of all, and giving us the ability to recognize that certain behaviors, certain language, are simply not ok. But we cannot address a problem until we can see it.

Let’s take sexism as our final example. These past couple years have been fraught with example after example of the sexism that runs rampant in every corner of our society, as man after man is exposed for sexual harassment or worse. For most of us, the names have been real shockers: Bill Cosby, Garrison Keillor, Matt Lauer, Al Franken, Kevin Spacey, just to name a few.

We live in a world where I have to make sure that my daughters know that it is not ok for men to touch you like that, or speak to you like that, or look at you like that, no those behaviors are not normal. We live in a world where we have to tell our boys, out loud, that it is not ok to talk about women in ways that are dehumanizing, or degrading in any way, not even amongst yourselves in the locker room! No, not ok! That’s not normal, in spite of what you may see on TV or in the news!

The strange thing about all these examples is that in spite of how painful the process has been for people in the exposing of the evils and sins of our world, the mixed blessing in all of them is that we can now see them more clearly. And we can’t address a problem, we can’t address sin and evil, unless we can see it. But by addressing the problems of society, we can bring new life to a hurting world, to hurting people, to hurting family members and friends who have been effected by the evils of this world. 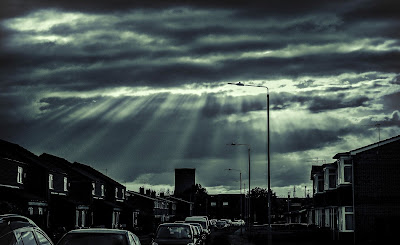 And isn’t that why Jesus was lifted up on the cross, to bring new life into the world? To shine a light into the darkest corners of our world for us, as if to say, Look, people are hurting there, someone needs help there, God’s children are crying over there. Go. May we not be afraid of the light, but welcome it. May we be courageous enough to step into it, and serve the world with the unconditional love that we have already experienced through Christ, the light of the world. Amen.