Inspired by Mark 9:2-9, and Mussorgsky's Night on Bald Mountain...


So Jesus and his squad hike up a mountain. Peter, James, and John make up this funny little inner circle from among his followers. Now, whether Jesus picked these three himself, or if they were just those kinds of friends that follow you everywhere you go and just can’t take a hint is up for debate. But they are with him at the healing of Jairus’ daughter, at the garden of Gethsemane, as well as here at the Transfiguration.

We don’t know exactly what was special about these three, but they got to witness some things that no one else did, and be at Jesus’ side at some pivotal moments in his life here on Earth. So they go up a mountain, a high mountain, where they were alone, just the four of them. And it’s a safe assumption, that the reason they went up that high mountain, was to be alone. This was not the first time that Jesus has done this by this point in the Gospel of Mark. It’s kind of a pattern of Jesus’, to find a place of solitude, particularly to escape the crowds.

But then when they get to the top of the mountain, they get the surprise of their lives when Jesus is transfigured, transformed right before their eyes, accompanied by Elijah and Moses no less! Now, I’ve preached on this story quite a few times. And I have preached about mountain top experiences, and how, like Peter, we want our mountain top experiences to last forever. I’ve preached on the seemingly profound words of Peter in this story. 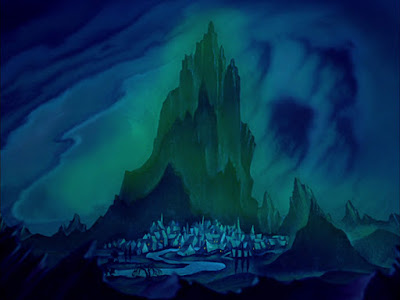 But something different stuck out to me this time around. The fear that they experienced on that mountain top, which led me to wonder how that may have affected them in the future but we’ll get to that in a minute. Mark reports that Peter’s words come from a place of fear. According to Mark, Peter didn’t know what to say, because the three of them were terrified. Peter was also one of those people who had no filter. He had a habit of just blurting out whatever came to mind. I’m sure you’ve known a few people like that over the years.

They were terrified. Jesus takes them on a hike up a high mountain, seemingly for some peace and quiet, and they end up having this terrifying experience. God reveals God’s self to them and they are terrified! And I don’t think we have focused on that nearly enough. We like to think of mountain top experiences as these wonderful, positive experiences, not terrifying, negative experiences. But if you think about it, when God calls you, to some place, to some one, to some thing, it can be terrifying!

And when we humans are scared, the typical fear response is fight or flight—get yourself out of the scary situation as quickly as possible or, get ready to fight. And the reason I mention fight or flight is because I was thinking about the lasting effect that this may have had on Peter, James, and John. Imagine how they responded the next time Jesus said, “Let’s go for a hike.” Like some sort of spiritual PTSD, they may have said, “Uh uh Jesus, no way. I remember what happened last time we went for a hike, and I didn’t bring a change of underwear!” Here’s some good news for you, some gospel in all of this.

Choosing fight or flight is not going to stop God from working for your good, or for the good of the world. If we choose to flee the situation that God has called us to, because it’s just too scary for us to handle right now, you think God can’t work through a plan b, or a plan c, or an infinite number of plans to get what God wants? And what does God want, but healing, and wholeness, and transformation for you and the world. And I truly believe, with all my heart, that ultimately God gets what God wants. And if we choose to fight? You think God can’t take a few cuts and bruises? You think God can’t handle your sticks and stones? I’m pretty sure God has seen worse than whatever we can throw down. So, choosing fight or flight is not going to stop God, and that is good news for us, because God knows we choose these often.

Bet there’s another option. Fight or flight is not the only two options for us to choose from. When God chooses to reveal God’s self to us, when God chooses to reveal a plan for us, a path for us, when God chooses to call us into something that terrifies us down to our very soul, when God says, let’s go for a hike up a mountain, we can just go. In spite of how terrifying it may be, in spite of the spiritual PTSD that we may suffer from because of that last time we took a hike with God, we can just grab Jesus’ outstretched hand and go. And here’s some more good news for you, here’s some more gospel for you, Jesus never, ever, asks you to go up that mountain alone. Jesus will be by your side all the way up and all the way back down, and will even be terrified with you if that’s what you need because that’s just how much God loves you.

So, here’s the bottom line, don’t let your fear of the top of that mountain, your fear of the unknown, keep you from taking that hike with God. Because even though it may be terrifying, even though you may be having flashbacks of the last time you climbed that mountain, it’s also guaranteed to be amazing, to be spectacular, like nothing you’ve ever seen before, as God reveals God’s power, as God reveals God’s very self to you, at the top of that mountain. My prayer for you, is that you can find the courage and fortitude, to grab Jesus’ outstretched hand, and climb that scary mountain when God calls to you, both individually and as a congregation, knowing most assuredly, that you don’t climb alone, and it’ll be one hell of a show! Thanks be to God. Amen.
Email ThisBlogThis!Share to TwitterShare to FacebookShare to Pinterest
Labels: courage, fear, fight, flashbacks, flight, james, jesus, john, mountain, peter, ptsd, sermon, terrified, terror, top, transfiguration