“At an end your rule is, and not short enough it was.”

Thank you for coming to experience what took many, many hours to prepare, what I hope were meaningful worship experiences for you, by our amazing staff, our music directors Owen Myers and Jeff Riswold, our office manager Callan Greason, along with many volunteers. It could not have been done without any of them. So, those of you who have been here through it all and have experienced the fruit of their labors, know that, indeed, a lot can happen in three days!

But aside from some amazing worship experiences during the most holy time of the church year, there are some even bigger things that happened during the Three Days, bigger than anything we could ever do or even imagine. For Jesus, he went from having one last meal with his closest friends, being arrested, brutally beaten, having said friends abandon him, well, the men anyway, to finally being horrifically executed, to show the world how much God loves us. But of course the story doesn’t end there. As if that wasn’t amazing enough, Jesus is raised from the dead! Why? That may sound like a silly question, especially on Easter Sunday! But what more needed to be done that the crucifixion didn’t accomplish? What more needed to be said? Why was Easter even necessary and what happened on that day? 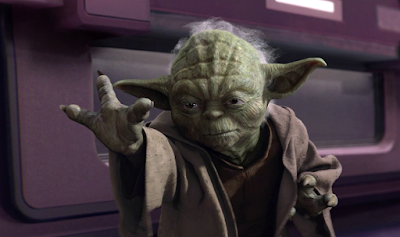 Jesus looked death square in the eye and said, your rule here has come to an end. Or in the words of Yoda, “At an end your rule is, and not short enough it was.” Death no longer had the final say in the universe! Death no longer had the power it once had! Death had lost its grip. The rules of the game had changed forever, everywhere, and for everyone. Yes indeed, lot can happen in three days, especially, on the third day.

All this, Jesus was doing on that first Easter, which makes his interaction with the women at the tomb all the more endearing. The angel appears to the women, the guards faint, and then the angel tells them, that Jesus was raised, go tell the disciples, and Jesus will meet you in Galilee. The angel ends with, “I’ve given the message to you.” Like a cosmic mic drop. Or like he just served them papers!

So, as the reader you’re thinking that the next scene is going to be in Galilee right? That’s what the angel just said! But no, Jesus does what Jesus wants to do. After all, he just changed the rules of the universe that day! He’s on a roll! So he appears to Mary Magdalene, and Mary, as they are leaving, before they can even get to the disciples. And I can’t help but see that as an act of love and compassion. This scene started with mourning and sadness at the grave of their friend and rabbi. And then, as if that wasn’t enough to handle, after the angel appeared to them fear was added on top of it all. And I can’t help but wonder if that was why Jesus decided to ignore what he had previously told the angel, and appeared to them, when they needed it the most. 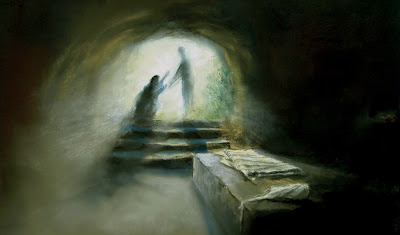 And what makes this all the more astonishing, endearing really, is that Jesus interrupted all the cosmic work he was doing that day, to have a personal, intimate moment with them. Now we may be tempted to say, this is Jesus we’re talking about! He can do anything! He’s going to be walking through walls next Sunday! Well, yes but I really don’t think we should dismiss this simple but compassionate act of Jesus here. Because in this loving act, to take the time, to spend quality time with them, Jesus shows us something of how he relates to us. Amid all the work that Jesus is doing in the world, Jesus still takes the time to think of us, and to make this journey of faith that we are on, as personal as possible. Sending an angel of the Lord to us just won’t do. Jesus comes to us himself.

And what a beautiful model for us to emulate. I don’t have to tell you how meaningful it is when someone takes time out of their day to spend with you, or to even think about you. For me, it’s like when a parishioner goes on vacation and brings something back for their pastor. Just the fact that they thought of me when they were on vacation astounds me! And then I feel guilty because church is the last thing I want to think about when I’m on vacation! Or like when a friend sends you a card just to say thank you for being in their life. Or when a parishioner takes the time out of their busy life to have lunch or coffee with me. Those personal touches are what make this journey worth it, as well as manageable.

As much as the church needs your money, and Lord knows we do, it’s in those many ways that you personally join someone else’s journey that really make an impact on this world. Whether it’s a fellow church member, or family or friend, or complete stranger, when we take the time out of our busy lives to connect with people, that’s when magical, holy things happen. That’s when lives are changed, when lives are transformed, when we go from death to life. You see, the victory of the empty tomb was not just for Jesus, but for all of us. Like a cosmic transaction, Jesus transfers his triumph over death to us—allowing us to say to death, “At an end your rule is, and not short enough it was.” For Christ is risen! Christ is risen indeed! Alleluia!