God Is Not A Jedi

Luke writes, “Jesus was telling them a parable about their need to pray continuously and not to be discouraged.” I would love to know what precipitated this parable. What was it that led Jesus to tell them a parable about prayer and discouragement, and justice and faithfulness? So I naturally took a look at how the previous chapter ended and came across a passage that was not only enlightening but was unfortunately skipped by our lectionary. As you know, we are reading straight through the Gospel of Luke until Advent but there are a few passages we skip. Normally it’s not a big deal, many passages are repeated in other gospels after all but this section that we skip is important because it sheds some light on this week’s reading.

Not in some far off place in some far off time, or after we die like we always imagine it! It is now, it is here, and it comes with, like most of our faith lives, with some challenges. Which leads us to our Gospel reading for today—because it’s easy to feel discouraged when Jesus tells you, “God’s kingdom is already among you” and we look around the world and see so many horrible atrocities among us like: poverty, homelessness, misogyny, hunger, xenophobia, disease, mental illness, lack of healthcare, war, and the list goes on.

And yet, Jesus says, God’s kingdom is already among us. What in God’s name does he mean by that? And more importantly how is praying consistently going to help? So he tells this story about an unjust judge, which is a contradiction of terms right, and a widow who has been consistently asking for justice. Now we don’t know what her case is or who her adversary is but there are a few things we can safely assume about her.

She was probably not old. When we think of a widow today we naturally think of an old person but in Jesus’ day, life expectancy was 47 and that was only among those who could make it to their tenth birthday. Another thing we know about her is that she had no one to advocate for her. The only way that a woman would even be allowed to speak to a judge was if she had no male advocate in her life—no adult son, no father, no uncle, no male cousin, no one to speak for her.

So, she was already at a disadvantage, not only in the eyes of this unjust judge but in the eyes of society. But that doesn’t mean that she was alone. Odds are, she was not just fighting for herself and her own well-being. Odds are, she had children, whom she was speaking for, fighting for, on their behalf, for their well-being as well. So of course she’s persistent, of course she’s not going to give up, of course she’s not going to back down, because there’s a lot riding on this, for her this is probably a matter of life and death, why else would she risk so much, as a woman in a male-dominated, misogynistic society?

And the unjust judge finally gives in. The unjust judge had enough of her persistence and her continuous pleas for justice and gives her whatever it was that she was asking for. Now, here is where I am going to turn this parable on its head for you so buckle your seat belts. For some reason, we assume that this judge is like God, and we are like the widow praying to God for answers to our prayers. But this is problematic for me for multiple reasons. One, Jesus calls this judge unjust! Is that what we call our God? No, we use words like righteous, loving, merciful, just, to describe God. Not unjust! And two, do we think God answers our prayers because God is annoyed with us, bothered by our requests, because God just wants us to go away? Of course not.

So if the unjust judge isn’t God, who is he supposed to represent? Jesus did not tell us this story for us to identify with the widow. Jesus told us this story as a way of pointing out the choice we have in this life. Are we going to respond to the world’s needs with the heart of the unjust judge, or with the heart of God? And notice that responding to the world’s needs is not what’s in question here.

This is why the tagline, the motto, the mission statement in a nutshell of the Evangelical Lutheran Church in America, of which Bethlehem is a member of, for many years has been, “God’s work. Our hands.” God’s work. Our hands. If we believe that God’s work in this world is to answer the many prayers that are cried out continuously by this world, then the means by which those prayers are answered is us, the gathered body of Christ for this world. 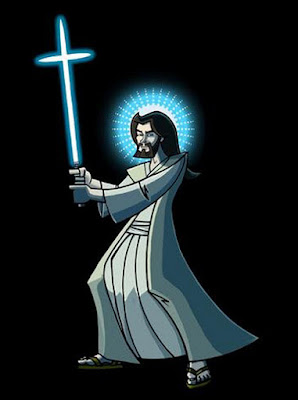 How many times have you prayed and the answer to that prayers has come through another human being? God is not a magician! God is not a wizard! God is not a Jedi! God is not a superhero! But rather God calls to God’s church, pleas to her, urges her, gathers her, advocates on behalf of the world to her, constantly prays to her to answer the prayers of God’s people on God’s behalf—and to do it quickly and faithfully, unlike the unjust judge who allowed the widow to suffer.