A Pharisee and a Tax Collector Walk Into a Bar...

Jesus said, “Two people went up to the temple to pray. One was a Pharisee and the other a tax collector.” If I didn’t know better, I’d think that was the beginning of a joke. A Pharisee and tax collector walk into a bar and… Jesus had a sense of humor right? Ok, so it’s not a joke, Jesus gives us yet another parable to chew on. And this one is on the same topic as last week’s, prayer. Last week we had a parable about praying continuously, faithfulness, and justice with that unjust judge and the widow. This week we get to see our two characters in the very act of praying. What is usually a very private act, is here on display for all to see and hear. It kinda makes me feel like a bit of a creeper, as we listen in on this very intimate moment between God and these two children of God.

But boy am I glad we get this opportunity because listening in to these conversations is so telling, of who these two characters are and how they see their relationship with God and with the world around them. So, as you have probably come to expect from me, I’d like to take a different look at these two guys and I’m going to lay my cards our right here at the beginning. I don’t like either of these guys!

As your pastor, I don’t want you using either of these characters as a guide, as a model of the Christian life! Now that’s obvious when it comes to the Pharisee right. We’ve been trained since Sunday school to identify characters like this Pharisee as the enemy. But the tax collector, that’s a different story. Traditionally we have lifted these characters up as models of the Godly life. But I don’t think he’s in a very healthy place either.

So let’s take a look at these two guys separately. On one end of the spectrum, we have the Pharisee. Luke begins this section by writing, “Jesus told this parable to certain people [wink wink] who had convinced themselves that they were righteous [wink wink] and who looked on everyone else with disgust [wink wink].” We are now in the eighteenth chapter of Luke, so by now, if we the reader have been paying attention, we now this is insider language for the Pharisees right? Luke doesn’t even have to mention them by name and we know who he’s writing about.

Then the Pharisee prays, about himself mind you, “God, I thank you that I’m not like everyone else—crooks, evildoers, adulterers—or even like this tax collector [point to other corner]. I fast twice a week. I give a tenth of everything I receive.” Clearly this guy thinks very highly of himself. If he were running for president of the United States the next thing out of his mouth might be, “No one does religion better than me God. No one. Believe me.” Now, here’s where it gets interesting, and where we can find some redeeming qualities in this guy. There’s no reason to believe that this guy is lying! He’s a Pharisee, which means he’s a religious leader, but that doesn’t mean he’s a liar.

So he’s probably telling the truth when he says he’s not a crook, an evildoer, however he defines that, or an adulterer. And he probably does fast twice a week and give a tenth of everything he receives. And Luke states that this all happens in the temple, so he’s a worshiper on top of all of that! I mean, if we could have a congregation full of people that could truthfully make these claims? Imagine the ministry we could do! But that’s not this guy’s problem is it? His problem is his approach, his posture as a fellow member put it at Thursday’s Faith & Froth, or his attitude as another put that night as well. This Pharisee is approaching God with a posture that relied on all the good things he has done, rather than on who God is and what God has done.

So let’s now turn our attention to our other character in this parable. On the other end of the spectrum, we have the tax collector. This poor guy has a strike against him already by just being a tax collector! They were known for being crooks, being evildoers because they were the evil empire’s hired thugs, taking money from their own people! They were the furthest thing from being godly people. But then he prays this very simple, heartfelt prayer, “God, show mercy to me, a sinner.” And that is the point where we put this guy way up on a pedestal and say look at him, aspire to be more like him. But let’s pump the brakes here. Before we put him on that pedestal, let’s be honest about the assumptions we’re are making by doing that.

To make matters worse he strikes his chest, he hits himself, in humiliation. He doesn’t need an evil empire, or any other institution to beat him down. He’s doing a better job at that than anyone. If he was running for president, he’d probably say “There is no one more humble than me. No one. Believe me.” Only he’d be speaking the truth! But is this kind of humility that God calls us to? The kind that keeps us down, keeps us at a distance, keeps us from looking God in the face when we talk to God, makes us feel like we need more pain, more humiliation, in order for God to love us? If so, then let’s call it what it is. That is an abusive relationship.

That is not the kind of relationship that we are called to be in with our God. Neither of these gentlemen are paragons of faithful living. Neither are healthy role models for us. So then what do we do? Well, like most things in life, we find balance, balance between these two characters. Though we are not called to think of ourselves as the greatest thing the world has ever seen, we are also not called to think of ourselves as worthless beings. What are we called to? To love God with all our being, and love our neighbor as ourselves. And if we’re gonna love our neighbor as ourselves, we’ve got to love ourselves right? If we’re called to find value in our neighbor, we have to find value in ourselves. If we’re called to respect our neighbor, we have to respect ourselves.

Why? Because you are created by God and God does not create worthless things! And that is something to be celebrated! That is something to be honored by and to feel pride in! Yes, Lutherans can feel pride! But not too much! My prayer for you is this, when you pray, however you pray, and on Thursday night we learned that we all pray in very different ways, but when you pray, my prayer for you is that your posture, your attitude, your approach to God, is one of worth, of value, of love, of humility, of faithfulness—because that is how God approaches you. Thanks be to God! Amen.


A member told me that my sermon reminded her of an old hymn (below) from her childhood that her daughter didn't like. She'd exclaim, "I'm not a worm mommy!" This low anthropology is still alive and well in our theology today but we are making progress. The first version of the Isaac Watts hymn below is the original, the second one is the one we use today. Notice the difference? 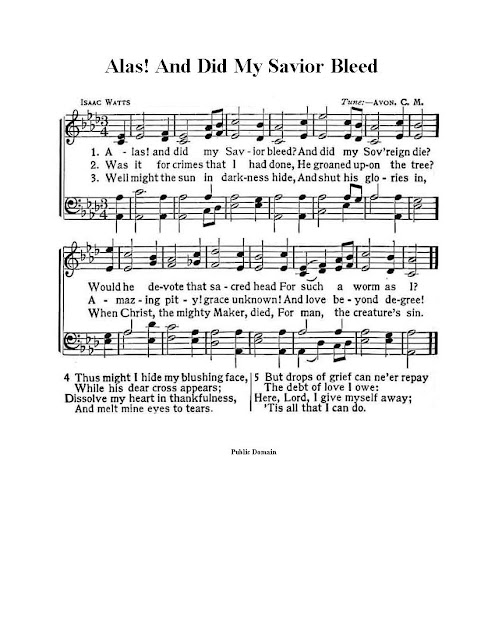 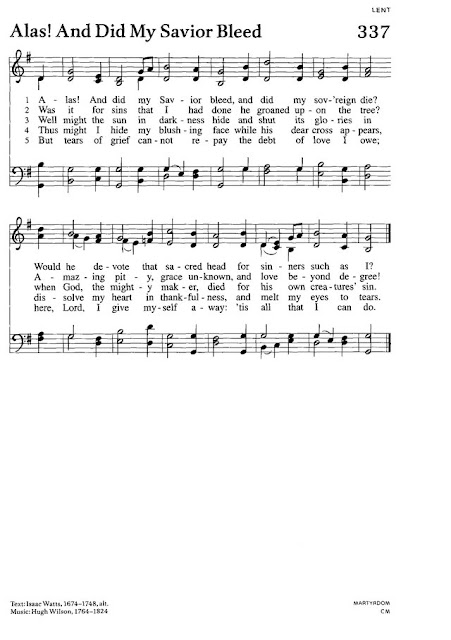