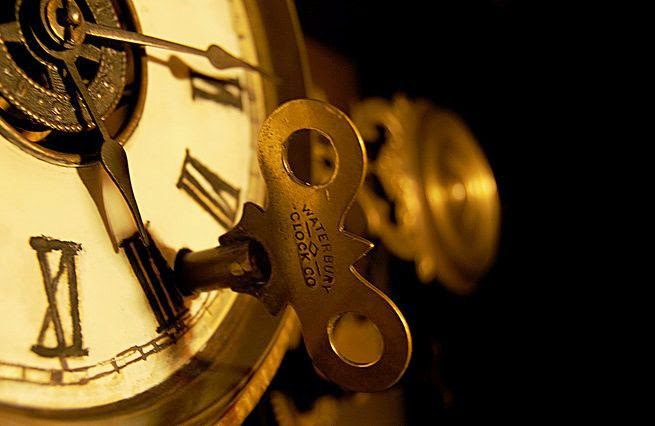 Imagine you are hosting a surprise party. You didn’t realize how soon it was going to happen or even where it would happen, but as soon as it was happening, you knew it was go-time. You made sure that everyone got to spend time with the birthday boy, whether or not he would remember, and dropped off their presents if they brought them before returning on their long journey. But, what would you do if people arrived late to the party? A few minutes late, that’s no big deal, a few hours late is a little inconvenient, but what about somewhere around one year late or even later? Well, this is what happened in this passage from Matthew. Naturally we assume that the magi went to see Jesus as soon as he was born, but that’s not the case. They waited for several weeks and months before starting their journey to see the Savior of the World.

There’s a lot going on in this particular passage from Matthew. The first is the magi went to Herod asking about the birth of the new king. The magi were most likely from Persia or Parthia, and Herod was the king of Judea. This means that the magi traveled quite a distance to the place they believed the new king would be, in Jerusalem, and asked the current king for direction and details about where to find the future king, and Herod was ticked. Herod was a Roman-appointed king who was not of Jewish descent. He ordered that all male children under the age of two be killed as a result, which put Jesus’s life in danger. But, in all honesty, wouldn’t you be threatened if people who were part of your kingdom asked where your next successor, the actual king of the Jews, who was born into Jewish descent, was to be found? This is interesting since the magi needed information on how to find Jesus, or directions on how to get there when their directions to leave were shown to them in a dream. Think of how different this story would have been if the magi hadn’t approached Herod for directions, but because of it, everything happened according to God’s plan and timing.

Then the magi followed the star. This is interesting since they did not follow the star at all until after they reached Jerusalem and asked Herod for directions, but then, it all of a sudden guided them to the house, not the manger, where Jesus was. This is really interesting because the term magi comes from the Greek word magos which means magician, or sorcerer, or one who reads the stars and signs of time. Magicians in this time period were not viewed as weird or superstitious, but were very common and highly regarded. This explains why the magi were able to follow the star to the exact house Jesus was in, but one has to wonder, if the magi truly were what we would now call astronomers, wouldn’t the magi have been able to find Jesus without asking for directions from the get go? In the time of David, it was widely believed that stars signaled the birth of humans destined for greatness, and Jesus is no exception. Since this star was so much brighter and bigger than other stars, Herod was concerned knowing that this birth was different, or more special than the last. This brought to his attention that the end of his reign was near, in God’s timing.

Once they found Jesus, the magi offered him gifts of gold, frankincense, and myrrh. This in itself is significant because gold, frankincense, and myrrh were expensive items that were not handed out to just anyone. This shows how worthy Christ was. Worthy of days and days worth of wages for expensive gifts. The gold was the prize of rulers and kings. This gift in itself shows the royalty that Jesus was. Frankincense was another expensive gift that had a wonderful fragrance that was used for medical treatment, and perfume but was also used in worship. Myrrh was a little less expensive but was used to bury people, including Jesus. Each of the gifts had significance in life during the time Jesus was alive, but also in Jesus’s life. They also weren’t just things the magi could pick up at the local Target on their journey. The fact that there were three gifts given is also significant. Never in the Bible does it say that only three magi went to Jesus, only that three gifts were given. The number three also signifies the Trinity, which Jesus’s birth helped complete.

The magi ended up going home a different route than they came because of a dream they had. This shows that Jesus was worshiped as a king from the beginning of his life, but as a different kind of king. As a peaceful king. A king that did not kill innocent children because they felt threatened, but a king who died so that innocent children could live. By the magi returning to home via a different route, they were avoiding the violence that awaited them on their original path due to Herod’s orders because they were listening to God’s voice and His timing.

A lot happened in those twelve short verses. But, what one may not realize is that despite the journey the magi made to get to Jesus and to leave Him, they were late to the party. They were not there as soon as Jesus was born, but instead showed up several months after when Jesus was a toddler. This changes the rest of the story just a little bit when we realize that not everyone came to visit Jesus as soon as he was born, but instead took what seemed like their time. However, it was God’s perfect timing that made this story work out perfectly.

I’ve found that it’s hard to ask for directions, especially when I’m trying to make it seem as if I know what’s going on. And I find it especially difficult to turn to God when I’m frustrated or don’t even know where to begin. I get frustrated when people show up late to things. I get angry and think that what people showed up late to was not as important as what they were doing previously, and it hurts a little bit. I feel as if they are wasting my time, but in reality, I don’t know half of their story. I do not know why it is they were late or what it was they were doing that ran longer than anticipated. Maybe they were being present with someone who really needed someone to listen, or maybe they were waiting in line at the store to buy something they ran out of or needed. Maybe they just lost track of time, or maybe they were supposed to be late. Maybe they were listening to God and his timing, and showed up in our lives right on time. Regardless of if they showed up at the designated meeting time or later. Or if they showed up when we felt we needed them or not. They showed up in God’s perfect timing.

I think of all the times that I regret not doing something sooner. I regretted not talking to my friend Nicolas this summer, especially once I found out he was in a major accident and the doctors weren’t sure how he was going to be. I regret not listening to my friends when they said that I should stay away from a certain guy and his friends. I regret not being present in people’s lives more consistently. But, I can’t regret it all because it all happened for a reason. It all happened according to God’s timing. I didn’t text Nicolas, but instead got to spend hours with him in rehab helping him remember some of our memories. I didn’t listen to my friends at the time, but I am a stronger person now because I used that time period as a chance to learn and grow. I can’t regret not being present for all my friends, because if that were the case, honestly, I would be burnt out and tired. But I am there for friends when they need me most, and it’s all according to God’s perfect timing.

Showing up late, or regretting life choices, occurs multiple times in the Bible. Both the magi, and Paul show up late but in different situations. The magi showed up late to visit Jesus, and Paul showed up late to Christianity. In fact, Paul, then Saul, was on the opposite side of Christianity for quite a while. He would command others to persecute Christians while standing on the sidelines holding their coats encouraging them. I’d like to point out that he was never the one actually persecuting others but he did not stop anyone nonetheless. However, God didn’t see it as too late to call Saul into His great story. God blinded Saul for three days, and had Ananias, who wanted nothing to do with Saul, lay hands on him to regain his sight. After three days Saul became a Christian and started proudly worshiping Christ without any hesitation. His name was changed to Paul, and the rest is history. Paul wrote almost half of the New Testament, as a chance to point out all that God was doing in the lives of the different people. He was late to this group of people called The Way, later known as Christians, but not too late to be used by God to do something incredible. Jesus shows up too late to heal Lazarus, but instead uses what we would call his tardiness to do something much greater. He was able to raise his friend from the dead, and help people have a stronger faith. As Pastor Ron spoke about a few weeks ago, Esther showed up into King Xerxes’s life to save the Jewish people at what may have seemed too late, but proved to be just the right time. It all happened in God’s perfect timing.

So what do we do when people show up late in our lives? Do we get angry or impatient and go on about life without them? Or do we give them grace and look to the positive interaction we are privileged to have with them? Do we ignore the tardiness time after time hoping that the next time they are on time? Or do we mention the amount of time they are late each time in hopes that something will change before the next meeting? Do we look past it all to see what God is doing in their life and ours as well? Do we look past it all to see that everything is happening according to God’s perfect timing and we are learning so much in each moment of the day? Someone will always be late, just like the magi, Paul, Jesus, and Esther, but what we do about that tardiness is up to us. We just have to remember that it all happens according to God’s perfect timing.