In Jerusalem there was a man named Simeon. He was a good and godly man. He was waiting for God’s promise to Israel to happen. The Holy Spirit was with him. The Spirit had told Simeon that he would not die before he had seen the Lord’s Christ. The Spirit led him into the temple courtyard.

Then Jesus’ parents brought the child to the temple. They came to do for him what the Law required. Simeon took Jesus in his arms and praised God. He said,

Now, Lord, you let your servant go in peace:
your word has been fulﬁlled.
My own eyes have seen the salvation
which you have prepared in the sight of all people:
a light to reveal you to the nations
and the glory of your people Israel. 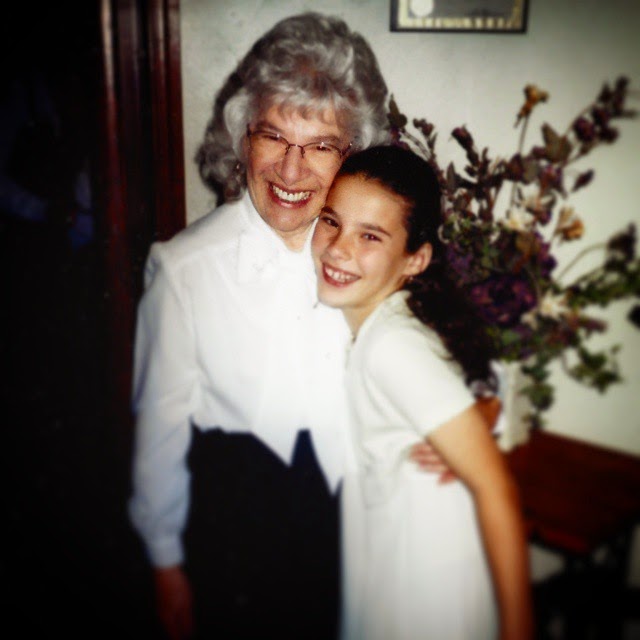 I’ll never forget the first time I met Freda. After saying hello and asking her to repeat her name for me, I gave her my usual spiel about how horrible I am at remembering names. She leans in, touches my arm and says, “Let me give you an easy way to remember my name. Just think of Fritos! You know, the corn chips? Frito…Freda? Get it?” Well, she won me over right then and there. And then, as if that wasn’t endearing enough, she introduces me to Hiro. And again, she leans into me and says, “And let me tell you how to remember his name. It’s pronounced hero, you know like a super hero, because, (and she leans in closer) he’s my hero.” I knew I was in for quite a journey with this little but mighty woman standing before me.

Our gospel reading, from the second chapter of Luke, is not a typical passage that is heard at funerals or memorials. In fact, it’s usually only heard at Christmas time. But even though we are still in the first week of Advent, I thought this to be a very appropriate gospel reading for this occasion. Simeon, in his old age, has been waiting at the temple, for who knows how long, to see the promised messiah. God promised him that he would see, with his own eyes, the savior of the world, before he died. This was all that he wanted, this was all that he needed, so that he could die. He had no idea what the savior would look like or what to expect, so he patiently waited.

And then, up the temple steps, comes, of all things, a new mother and this tiny little baby. And he knew, this is the one. Probably not what he expected, but he knew, this is the one. And so, we find Simeon standing there on the temple steps, holding, in his very hands, the savior of the world, the savior of the universe, the savior of all the cosmos, right there in his wrinkled, ready-to-die, old hands. When Simeon woke up that day, I doubt he thought that this would be the day that he would have an encounter with the Christ. But he did, and so he praised God saying, “Now, Lord, you let your servant go in peace: your word has been fulﬁlled.” In other words, now I can die Lord. I now have everything I’ve ever needed. Now, I can die in peace.

Freda and I had some great conversations over the past year and a half. The last time I visited Freda in the hospital, little did I know at the time that it was just a matter of days, she began to talk of the end, of getting things in order, and of her worry about the care of her Hiro and her family. You know Freda, always thinking of others first. I leaned in and touched her arm and said, “Freda, you’re not gone yet!” And then, almost as if to interrupt me, she looked me square in the eye and told me, with complete assuredness in her voice and expression, “I am ready pastor. I am ready.”

Not a few days later I received a profound request. Freda wanted to have communion one last time. Now, I gave her communion when I saw her last at the hospital. But before she died, all she wanted was to have an encounter with Christ, one last time, with her family. This was of utmost importance to her, at the end, to hold Jesus in her hands, with her family, in the same way that she has for so many years, around this very table.

Freda had an encounter with Christ the day she was baptized, into Christ’s death and resurrection, when God made a covenant with her, when God promised to remain with her, to be a transforming power in her life, so that she could be a transforming power to others! And to strengthen that calling, God promised to be present each and every time she gathered around the table, whether it was here, or in the hospital, or that last time, surrounded by the love of her family, and her Lord.

Shortly after that last encounter with Christ, her physical health diminished rapidly. It was as if that was all that she was waiting for. Like Simeon, it was then that she had all that she had ever needed in life, to be with her family, and to be with her Lord, the Lord who promised to be present her, no matter what. And it is this same promise that has brought us together here today.

The promise of God’s presence in our lives, the God who has demonstrated God’s faithfulness to us time and time again, no matter what. So, I invite you all today, to come to the table, no matter your history, or your denomination, or whatever else, come to the table, and know most assuredly, that Christ is here, and you will leave here with him and his transforming power, for the sake of the world; and Freda, well, she’ll just be dining on the other side of the table this time. Thanks be to God. Amen.