So, we have come to the end of our short little series on the Lord’s Prayer. When I started this I thought, how in the world am I going to create three sermons with so little text to work from. Well, now I realize that I could have spent two months on this little prayer and still not have enough time to do it justice. It is easy to see how this prayer has made such a profound impact on the world. It has been so ingrained in societies that just a few years ago it made headlines when a county in Delaware was told by a US district court that it couldn’t begin council meetings with it. Apparently, it never occurred to the county officials that it was a distinctly Christian prayer because it never mentions Jesus! They just figured that anyone would want to pray it no matter their faith, obviously disregarding atheists, but that’s besides the point. The point is, this little prayer that Jesus taught two thousand years ago, has left quite an impact, and it’s easy to see why.

Today we have two petitions before us, the first being, “Forgive us our sins, for we ourselves forgive everyone who is indebted to us.” And the second petition is, “lead us not into temptation.” However, I believe these two petitions are closely tied together. You may remember that week one of this series was all about God, week two was about us, and this week is all about our relationship with each other and the world. And though I said these two petitions are closely tied together, let’s first talk about the forgiveness petition. Now, I’ve preached on forgiveness in the past on more than one occasion, I’ll link to at least one of those when I post this online in case you want a refresher, but in a nutshell, it’s important for us to remember that forgiveness is not a feeling, but it’s the empowerment to say that the brokenness between two people or groups of people, will no longer define that relationship, therefore allowing all parties to move forward. And sometimes moving forward means parting ways, if that’s the healthiest course of action. So, that’s my own take on forgiveness in a nutshell. I don’t want to spend any more time on that but please keep it in mind as we explore forgiveness as it relates to the Lord’s Prayer, especially because it’s so easy to return to confusing forgiveness with a feeling.

That being said, in this prayer Jesus teaches us to pray, “Forgive us our sins, for we ourselves forgive everyone who is indebted to us.” Like last week’s reading, “Give us each day our daily bread”, this is another demand. It’s not in the form of a request is it? There isn’t even a “please” thrown in there. “Forgive us.” And if you think about it, do we even need to be asking this question or making this demand? I don’t know about you but I believe that our sins were, are, and forever will be forgiven, whether we pray this prayer or not! In fact, our Lutheran understanding of grace teaches us that there’s nothing, not even a prayer taught by Jesus himself, that needs to be said or done for us to be forgiven. It’s just a gift freely given by God. And surely Jesus knew this! So, why would he teach us to pray this daily prayer, asking God to forgive us? 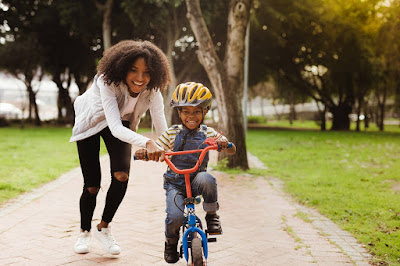 I think it’s more like a rhetorical statement, if you will, than it is a straightforward plea. And this idea of a rhetorical statement will come up again in the next petition so hold on to that, but in this one, it’s kind of like when a five year old is learning how to ride her bike and the parent is holding on to the back of her bike running along side, waiting for her to find her balance and the child yells up to her mom, “Don’t let me fall!” Now, any child that has a loving parent surely knows that the parent would never let her fall, right! The child doesn’t say that to a parent as an accusation. The child is not expressing her lack of faith in her parent’s ability to keep her safe. Not at all! But that doesn’t stop the child from exclaiming, “Don’t let me fall”, does it! Same with this demand to, “Forgive us our sins.”

There’s something even deeper than a clever rhetorical statement here. And that’s an admission of guilt. Praying, “forgive us our sins” is an admission, in and of itself, that sin is present, always has been, and always will be, and in spades! When we pray “forgive us our sins” we are making a bold statement to God and to each other that we are sinful human beings, in need of forgiveness. And this has a very grounding effect, humbling effect. This puts each and everyone of us on a level playing field, with no one being above or better than anyone else. It’s no coincidence then that a regular part of Lutheran worship is to begin with confession! It’s the great equalizer! In this simple phrase, this humble demand, we are in fact confessing that we are needy human beings, “beggars” as Luther would put it.

And speaking of statements, the next clause of this petition is, “for we ourselves forgive everyone who is indebted to us.” That’s a bold statement! More than a statement, that’s a commitment that we make, each and every time we pray this prayer! We don’t pray for help in forgiving others, we don’t pray that we’ll try to forgive others, we pray that we are forgiving others, everyone in fact, who is indebted to us. Like I said, that’s a bold statement! That’s a bold commitment! Did you know you were making that commitment each time you prayed this prayer? Not to worry, you’re not alone. Have you ever been given a gift with expectations? Now, I don’t mean a gift with strings attached. And I also don’t mean a gift that has to be earned, otherwise it wouldn’t be a gift then, would it! For instance, let’s say someone gifts you with a full scholarship to college. You didn’t earn that gift and they’re not asking for you to pay it back once you graduate, but…isn’t the expectation that you use that gift to get good grades and a degree? It’s the same with this forgiveness business that Jesus teaches us to pray in this prayer. God’s forgiveness is free, is unearned, is pure grace, but…it also carries with it the expectation that it will be shared with others, specifically, anyone who finds themselves indebted to us. 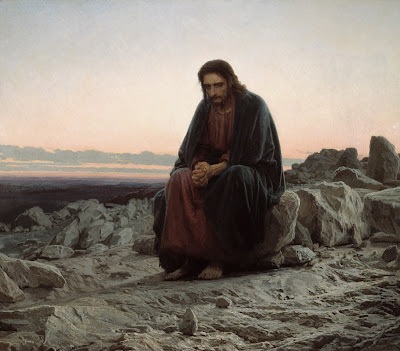 This brings us to the last petition, or at least, the last petition in Luke’s version of this beloved prayer. Luke ends with, “lead us not into temptation.” Again, like the last petition, this is more of a rhetorical statement because we all know, that God is not in the temptation business. However, I also believe, that in the back of Jesus’ mind when he taught them this petition, was the painful memory of his own temptation in the wilderness back when his ministry began, where the Spirit did in fact lead him into. I imagine Jesus’ mind wandering just a bit, as he’s standing there thinking of what they should include in this prayer, and thinking to himself, “Oh yeah, one more thing, ‘lead us not into temptation.’ Trust me, this is an important one!” Not that Jesus believed that God would do the same to them, but I think he taught them to pray this out of love and care for them, because of his own painful experience out in the wilderness for those forty days. And maybe more than that, it’s another confession, that Jesus is the Christ, and we are not. In other words, “Don’t lead us where you led Jesus. He’s the chosen one, and we know we are not.”

I’d like to leave you with some homework, which we will continue to explore at Wednesday’s online Bible discussion, which I’d encourage you to participate in. And the homework is this: what does it mean to pray this prayer as a community, rather than as individuals, the way we usually pray this prayer. Even when we are together, I’d bet that most people are still in the habit of praying this prayer individually, just in the same room with one another. But how is it changed when we pray this together? When we pray for God’s name to be holy, how do we make it holy as a community? When we pray for daily bread, does that have an effect on us as a church? When we pray “forgive us our sins”, what sins have we committed as a community that we need to reconcile and with whom? This seemingly simple prayer is anything but! It has such huge implications for our lives together with each other and the world. My prayer for us is that we continue to explore how we can be coworkers with Christ in answering this prayer for the sake of the world. May we have the will, the courage, and the perseverance to make it so. Thanks be to God. Amen.