Wow! This is some powerful stuff from Paul today! He is fired up! When I finished reading this last week, I almost said out loud, “Amen! Preach it brother!” Just a fantastic piece of writing here. I oftentimes struggle with Paul. He can be a bit obtrusive at times, a bit arrogant at other times, and sometimes too constricting, unwavering, inflexible for my taste. But then I come across a passage like this and fall back in love with him all over again. As a quick reminder, remember that Paul is writing to a church that is in turmoil, by their own hand. They have strayed from the teachings of Paul and Jesus, and are basically not behaving like the church, like the body of Christ that they were supposed to be representing. We don’t really know exactly what they were doing wrong but it’s not hard to read between the lines as you read this letter and figure out what they were doing or not doing that got under Paul’s skin so badly.

Things were so bad there that they needed a basic 101 class on what love was supposed to look like, which we discussed last week. This week, we have more of a doctrinal lesson from Paul to them. Not only were they behaving badly, but their theology was all out of whack too. Which is so human of them isn’t it? Left to our own devices, without anyone to correct us or keep us on track, we naturally stray, we’re like a car that gets out of alignment over time. It happens to every car eventually. The car still functions, meaning it still can get you from point A to point B, but it isn’t running as efficiently as it once did, not to mention, it’s causing unnecessary damage, especially to the tires which you will pay for in the end. Like a car, we too need to be aligned once in a while, whether we like to admit it or not. As sound as our Lutheran theology is, we certainly let some bad theology seep in. I hear it in phrases like, “There’s a reason for everything!” Or, “That must have been God’s plan!” We say those kinds of things all the time! But when you really think about it, they don’t come from very sound theology do they. And that’s where Paul steps in. 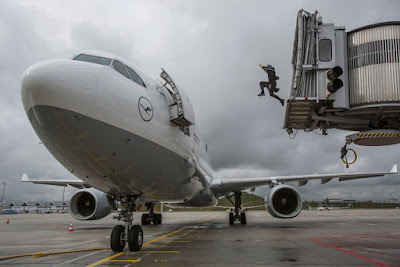 So, the theological mishap that he is addressing here is all about our physical bodies. Now, you might be thinking, “It is? That’s not what I heard!” Well, it’s the way that Paul gets us there that might be throwing you off. Let me explain. Paul starts out by reminding them, us, what the gospel is, and all the word gospel means is “good news.” And the good news according to Paul is simple, “Christ died…was buried…and rose.” That’s it. Simple. Paul says that is the good news by which we are “being saved.” Now before we get into what that good news means for us, I want to pause there for a bit and highlight that phrase that Paul used, “being saved.” That phrase, all by itself, is good news for us, is gospel for us. Why? Because in that phrase, Paul asserts that salvation, isn’t a once and done kind of thing, it’s a process, an ongoing way of life for us. Now, why is that good news? Because that means that salvation isn’t a train going by us at full speed that you might miss! It means that salvation isn’t a plane that you need a boarding pass for, and a TSA check, and a RealID for. It means salvation isn’t something that you have to get right at a particular place and time otherwise it’s gonna pass you by!

Think of it this way. For those of you who are or have been married, imagine if all the work to make a successful marriage began and ended on your wedding day. You’d be lucky if you lasted til your first anniversary! Or, for those of you who have been parents, imagine if all your work of parenting, began and ended on the day your children were born! Your baby would literally not survive, let alone become one of the brattiest brats that ever lived. Here’s one more, for those of you who have ever taken or taught a class, on anything. Imagine if all your work for that class could be done on the first day. As awesome as that would be, how much would you really learn? Good things take time, hard work, intentionality, passion, not to mention love. That’s what God puts into salvation for us. God’s not a once and done and move on kinda God. That’s what’s packed into that one phrase from Paul, “being saved.” But let’s get back to that being dead, buried and rose.

For Paul, that’s the crux of the story of Jesus: dead, buried, and rose. But that’s not what the Corinthian church had a problem with. They believed that. But they had trouble connecting the dots between that and what that had to do with us. For them, it seemed that it was enough to confess that Jesus died, was buried, and rose. But for Paul, that’s only half the story. The rest falls on our own death, burial, and resurrection. That’s what this baby church in Corinth could not seem to understand. From Paul’s perspective though, the resurrection of Christ meant nothing without the hope of our own resurrection, and not just a resurrection of our spirit or soul or essence or mind or whatever you want to call it. For Paul, it was important to understand that our bodies would be raised to new life as well, the physical, material, flesh, blood, and bone of our existence.

Now, how literal you want to interpret that is entirely up to you but here is what I don’t want us to lose, as theologian Kathryn Schifferdecker puts it: “matter matters.” Matter meaning the physical substance of our bodies, matters to God, is valued by God, is important to God. God does not see us as a bunch of beautiful souls trapped in smelly, imperfect, decaying bodies! Our whole being, all that makes us who we are is important and valued by God, and moreover, has some sort of place in the here and now as well as in eternity. And if that is hard to wrap your brain around, join the club, because we’re in good company. By Paul’s own admission he calls this a “mystery!”

Now why is this important to our present lives? Remember, this doesn’t mean a thing unless we can relate these teachings to us in the here and now. I find this to be good news, especially now, when we are living in a time when our physical bodies are having to take a back seat to our existence. When we are being told that being together physically is not good right now. When we are, for the good of others, being told to stay away from others physically. When we are expected to be satisfied with virtual meetings, virtual Bible studies, virtual worship, virtual socializing, but the truth is, it’s not enough! And the good news here from Paul, is that God agrees! It’s not enough! We were made for more than this! We were made to be united together, physically, personally, face to face! And as much as pastors and churches are bending over backwards to make us feel connected, deep down our hearts are yelling, “This is not enough!” And God says, “I know! I know. This is not enough.” And to get that affirmation from God is, maybe the most gospely good news I’ve heard in a long time. Cuz, we don’t always need someone to solve our problems, sometimes the best thing someone can do for us, is just acknowledge our pain, and affirm that what we are feeling is accurate. And I don’t know about you, but right now I’m feeling like this is not enough.

So what do we do? Because for the time being, and who know how much longer, this is what we got. So what do we do? Let me circle us back to two points from Paul in this passage for some help with this dilemma, not a solution, but some help. One, salvation is a process, we have not been saved, past tense, but we are being saved. And two, the hope of resurrection. This is why Paul refused to be satisfied with just Christ’s resurrection. But for Paul, if Christ rose then that means we will rise, and not just in some future far off place in the clouds after we die, but now, that process begins now, in fact, it has always been in the works. The hope that new life is around the corner, is in our future, can help us get through the dead parts of our lives, the buried parts of our lives. This pandemic can feel like that at times, like we’ve been buried in it. But Paul assures us that nothing, not a pandemic, not even death, can escape the power of God in Christ Jesus—that though we die, literally or figuratively, we will live, that though we are buried, literally or figuratively, we will be raised, and that resurrection starts now, and includes our entire being. Thanks be to God. Amen.