According to Wikipedia, “a cease and desist letter is a document sent to an individual or business to stop purportedly illegal activity and not to restart it. The letter may warn that if the recipient does not discontinue specified conduct, or take certain actions, by deadlines set in the letter, that party may be sued. When issued by a public authority, a cease and desist letter, being ‘a warning of impending judicial enforcement’, is most appropriately called a ‘cease and desist order’.”

My friends, the commandment that I just read to you from Deuteronomy, is God’s cease and desist order to you. So, I guess the appropriate thing for me to say right now is, you have been served. Today we begin a three week series on the topic of Sabbath, before we begin year two of the Narrative Lectionary on September 8th. Over the course of these three weeks, we are going to read selections from Deuteronomy, and Genesis, and we may even hear what Jesus had to say about the topic.

I find the topic of Sabbath to be of increasing importance in today’s society, for reasons we will get into later. But I thought the timing of this series was odd, at the end of summer and not at the beginning. You’d think they would have selected this series as everyone was gearing up for some rest and relaxation, as we were planning our vacations, our weekend getaways, our road trips. However, the more I thought about it, the more I realized the wisdom in talking about this now, at this time of year. I don’t know if it was intentionally designed that way but I should probably start by telling you just a bit about the word Sabbath. Simply put it’s the proper name for a day of the week, what we know as Saturday. But like all Jewish names, it has a meaning beyond that.

The root word, shabbat, is often thought of to simply mean rest, as in relaxation. But that’s not as accurate as we’d like to think. A more accurate translation is to cease or desist, to stop, and specifically, to stop working. It doesn’t necessarily mean to rest and relax, meaning to do nothing. It can, don’t get me wrong. But there are other things that God had in mind to fill our time when ordering us to stop working. But before we can even get into all of that we need some context. So, our reading from Deuteronomy comes from the Ten Commandments. That’s right, keeping the Sabbath made the same top ten list as “Do not murder!” If that’s not enough to make us take it seriously than I don’t know what will. And in this commandment, God makes this seemingly strange connection between Sabbath and their slavery in Egypt.

The Ten Commandments were given after the Israelites were rescued from slavery at the hands of the Egyptians. They were slaves in Egypt for hundreds of years. Many, many generations had endured life as a slave of the grand empire of Egypt. Now, just ponder the ramification of that for a moment. Generations had grown up knowing nothing but a life of slavery. That was their whole identity. Abraham, Isaac, Jacob, Joseph, a homeland, all but a distant memory at best, a mere footnote in their oral history. And now, they had to redefine who they were, how they related to each other and the rest of the world, and it wasn’t going to happen overnight. So, God helps them out a bit, and gives them these ten commandments, guidelines, redirections, to help them do just that. 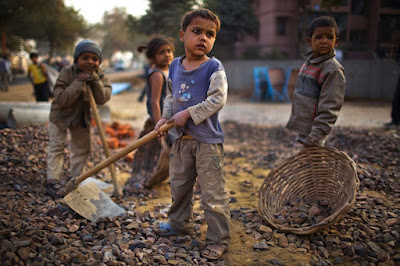 This is what makes our reading for today, which is the third commandment, so powerful. This was more than just God’s way of saying, “Take a day off.” This was God helping them to reinvent themselves. This was God’s way of saying, “You have been slaves for a long time, but I have rescued you from that life, so stop living it. Stop being slaves. You have been created for more than that. You have been made into something new.” They knew no other way to live, it was all they had been for so long! But now, they could do other things than just work. In other words, what they did for a living, slave or free, shouldn’t define who they were. “There is more to life than work!” God was trying to tell them! But even more important than that, God was saying, “Don’t allow one thing, especially something painful, like their years in slavery, to be the thing that makes you who you are.

So let’s widen our lens a bit now, because I’m sure you’re already connecting the dots in your own life. This certainly has a lesson for us too, even though we aren’t Jewish, nor have we been slaves, not the literal type anyway. There’s a lot of applications for us. The first thing that comes to mind is a council meeting at my last congregation. I’m not sure how we got on the topic of work hours but one of the council members, the vice president, said that he had never been successful in a job working less than sixty hours a week, many times it was eighty he said.

The president then chimed in and said, I can’t remember the last time I used a vacation day! And they both laughed and patted each other on the back. They were proud of these things. I sat there speechless, knowing that both these guys had a wife and children. And I couldn’t help but wonder what their reaction would be had they been there to hear that.

Look, I love being a pastor, I love being your pastor. But when I die, I don’t want my wife and children and grandchildren, standing at a pulpit at my funeral saying how good of a pastor I was or how dedicated I was to my job. I hope, first and foremost, that I will be remembered as a good husband and a good dad, and a good grandfather, before I’m remembered as a good pastor. Because there is so much more to life than work, so much more than the uniform that you wear.

If I’m remembered for how much I worked, how many hours I put in, how little vacation I used, then I will have failed at this thing called life, especially because God called me to be a spouse and a parent long before calling me to this pulpit. Have you ever noticed how one of the first questions that two people who just met ask each other is, “What do you do for a living?” That comes from this same thing. We are so quick to identify ourselves by our work. God says, there’s more to you than that. Cease and desist.

This also applies to life experiences too. Though I’m going to tread very cautiously here because some life experiences take a long time to get through and I would never rush that process for anyone. So, I will only speak from my own experience. The pain and heartache that I have experienced in my life, the incidents that I have had to endure, could have easily been the identity that I took on. But with patience, and family support, not to mention some great therapists and pastors in my life, those painful experiences were not allowed to lay claim on my identity.

Like the Israelites who were no longer slaves and had to learn a new way of being, we too have to learn a new way of being after painful experiences. We are not called to stay back there and live as if we were still there, but to cease and desist. But again, we all travel that road of past hurts at a different pace, what I am talking about is the end goal, the end goal of giving yourself a Sabbath from it, the end goal of allowing yourself to be given a Sabbath from it.