We continue our five-week romp through the letter of Hebrews with this selection from chapter two. In case you weren’t here last week, we talked about how this letter is a love letter of sorts, because this author is in absolute awe of how amazing this Jesus is, and so, uses this letter to expound upon all the different ways that Jesus is the greatest thing the world has ever or will ever see. Over these five weeks, we will explore five of those different ways. Last week, our author began with the eternal cosmic nature of Christ. And this week, our author makes a 180 from that position but before we get into that I want to say a few more words about this letter and I may give you a few tidbits about it along the way over these five weeks because you may not be as familiar with this letter as other writings of the Bible.

Last week I mentioned that we don’t know who the author of this letter is. It was assumed that it was Paul but it didn’t take long for that to be questioned by the early church and now scholars are pretty sure that it was not Paul. They can just tell by the way it was written. Think of it this way. Imagine trying to write a letter to someone, posing as someone else whom the recipient knows well. When they get the letter, they’re gonna know that this is not from them. The phrasing, the vocabulary, the syntax, is all going to be wrong. They’ll just know that this is not from who it says that it’s from. Now, of course, it can be more complicated than that but that’s one of the main reasons they know that this was not Paul who wrote this. So, if it wasn’t Paul, who was it?

Well, over the centuries there have been many theories. Barnabas was one; Luke was another, both contemporaries of Paul. But the one that fascinates me most is a theory that claims that this may be the only writing of the Bible that was written by a woman! First proposed by a German theologian in 1900, Adolf von Harnack believed this to not only be written by a woman, but by a woman of great renown in the earliest days of the church, Priscilla.

Priscilla is mentioned multiple times in the Bible, by both Luke and Paul, and may have been the first female preacher of our religion. Scholars now believe that her identity was intentionally withheld, because if it was known that it was written by a woman, it would have died in obscurity. And this letter was just too good to allow that to happen. So, her authorship is what was allowed to die, and not the letter.

I am both saddened by that, and grateful, because this has become a favorite of Christians over the centuries, and for good reason. It is a fascinating letter that I am excited to get to explore with you. So, for the rest of our time in Hebrews, I’d suggest to you, that you keep in mind that everything that you are about to read in this letter, may be coming to you from a woman’s perspective.

And I thought that this information about authorship was particularly important to share with you on this Sunday because of the topic. And that topic is, Jesus’ humanity. That is the second reason that our author gives us as to why she thinks Jesus is so amazing. He was human, in every way, shape, and form. She began with Jesus’ divine, eternal, cosmic nature in chapter one, and then quickly turns our attention to Jesus’ human, ordinary, earthiness.

Why? Because she was a sound theologian. Since the beginning of our religion, we have been wrestling with Jesus divine and human nature, and have claimed both as truths of our faith, as contradictory and mysterious as that may be. But this may be important for another reason. If this letter was indeed written by a woman, who may have had children, who knows your humanity better than the person who birthed you?

And I’m not talking about motherhood in the larger sense, I’m just talking about the physical act of birth, of seeing you at the most vulnerable, weakest point of your life. And the only person that can claim that kind of relationship with you, is the one that birthed you. They’re the ones that knew you when you were at zero, nothing but a crying mass of flesh and blood. That is a relationship that no man can even speak to, let alone truly understand. 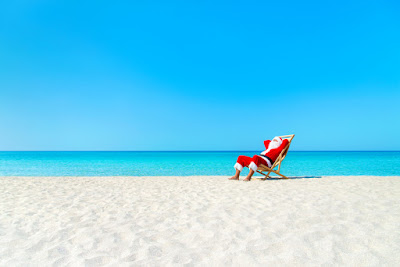 And so when I read this author write about Jesus’ humanity, knowing that this author may have intimately known the birthing experience and what that reveals about our humanity: our vulnerability, our weakness, our neediness, our suffering, our fearfulness—I can’t help but think of the nativity. I know, this is a weird time of the year to be talking about Jesus’ birth. Think of it as Christmas in July! Without the presents, or trees, or lights, all the things that we think make Christmas so amazing right? But we know better don’t we, like our author did, that those things aren’t it. What makes Christmas so amazing, is the humanity of Jesus, that this same Jesus that she wrote about in chapter one, came to us with all our humanity that we experience—all of it!

The miracle of Christmas is not that a divine being came to see what it was like to be one of us. It wasn’t a tale of some royalty posing as a commoner just to see what life was like for them. This wasn’t like Princess Jasmine disguising herself in the movie Aladdin. No, Jesus was truly, in every way, completely, fully, human: one of us. Mother Mary, held within her arms, the most extraordinarily ordinary human being that the world had ever, or will ever meet. And no one knew that better than the one who birthed him. Now, why does this make reason number two in Priscilla’s list of reasons why Jesus is so amazing?

Have you ever noticed how, when meeting someone new, as soon as you find that one thing in common, the conversation takes on a whole new dimension? I encountered that with someone not too long ago. I was talking with someone at a party and I was getting the feeling that we were not going to find anything in common. And just as I was about to give up on this conversation, he was vulnerable enough to share that he had recently had a family member attempt suicide.

My heart went out to him not just because I felt bad but because I’ve also had that same experience with a family member. And as soon as I shared that, bam, the conversation took on a whole new life. We connected, and recognized a bond that was there the whole time and just didn’t know it, until one of us was vulnerable enough to share it.

Remembering that conversation made me think of how the Me Too movement exploded a couple years ago. People from all over the world bonded over their shared experience of sexual harassment and assault. They recognized a bond over this that had always been there but it wasn’t until people started sharing it publicly that they knew of it, and that requires vulnerability. Likewise, when I encounter other people of color, we don’t have to say anything to know that we have a shared experience living as people of color in this country, we just know, the bond is there. The difference is, the color of our skin is visible, sexual harassment and assault is not.

Here’s the bottom line, whatever shared experience you may have with others—sexism, racism, homophobia, ableism, ageism, mental health stigma, or life’s everyday aches and pains—you name it, Jesus’ humanity is God’s way of saying, “I know your pain, and I’m experiencing it right along with you.” Why? Because that’s how much God loves you. God is not content to just be by your side while you experience all that life has to throw at you, but through Christ, God is willing and able to experience it with you. That is the good news of Christmas that often gets lost in all the tinsel and lights. That is the good news of Christmas every day of the year, even in July. Thanks be to God. Amen.