Today we begin our four-week series in the Psalms! You might be thinking, only four weeks? I know, there are 150 Psalms in the Hebrew scriptures, how can we possibly cover all they have to offer in four weeks? Well, the short answer is, we can’t. But what we are going to do is get a taste of some of the main genres that are found within the Psalms. About a hundred years ago, a German theologian by the name of Hermann Gunkel divided up the Psalms into four major genres, which he then divided up into more specific categories.

The four main genres are: hymns of praise, psalms of lament, royal psalms, and psalms of thanksgiving. So, over these four weeks, we will be getting one Psalm from three of these four genres. The royal psalms is the group we will be skipping. By the end, you’ll get a taste of what this collection of writings that have become so meaningful for many has to offer.

Our Psalm for today comes from the hymns of praise. It’s a short psalm, we actually read the whole thing, but not only does it give us the quintessential example of one of these types of psalms, it is also packed with foundational teachings of our faith. And not just our faith, this psalm is particularly important in Judaism as well, as it is the first of six psalms, psalms 113 through 118, that our Jewish siblings call the Hallel psalms. Hallel is the Hebrew word for praise, which is where we get the word Alleluia from, and they recite those six psalms on all their major holidays, just to give you an idea of how core this psalm is to these hymns of praise found in the psalms.

Psalm 113 begins with a resounding Alleluia, which simply means “Praise God!” This is the beginning of a common formula found in many of these hymns of praise. The author will begin with a call to praise, then will state who is to be doing this praising, in this case, those who serve God. And then will end with how we are to do this praising. And in this case, it is to be done by name, as the author states at length. “Praise God’s name! Let God’s name be blessed from now until forever from now! From sunrise to sunset, let God’s name be praised!” Not only are we reminded of who we are praising, but the author also points out that it’s by name that we are to do so. I find that interesting. Especially in a day and age when being religious isn’t exactly looked upon with favor.

But for the author of this psalm, it’s important that others know precisely where our faith comes from when we are praising God, by name. This reminds me of my Grandma. Whenever something positive would happen, no matter how big or how small, she would always respond, out loud, with, “Thank you Jesus!” Not, thank heavens, and not even thank God. It was always by name, “Thank you Jesus!”

Now, don’t get me wrong, you know me, I would never tell someone of another faith that they were wrong or that their religion was not valid. I am very open to the many ways that people have expressed faith since humans began. But as for me, I follow Jesus for some very particular reasons, and those reasons are important, even if they don’t make me very popular. And the author of this Psalm urges us to not be shy about who we follow and why?

So let’s get into the why because that’s exactly where our author takes us next. But first, some Hebrew. I haven’t taught you any Hebrew in a while. The author uses the verb yashav three times in these final few verses of this already short psalm. Depending on the Bible version, it’s translated many different ways but essentially it’s the verb “to sit.” Now, I’m going to read those final verses again so you can listen for this verb. “God sits over all the nations; God’s glory is higher than the skies! Who could possibly compare with our God? God rules from on high; and has to come down to even see heaven and earth! God lifts up the poor from the dirt and raises up the needy from the garbage pile to seat them with leaders—with the leaders of God’s own people! God seats the once barren woman at home—now a joyful mother with children! Alleluia!”

So, the first time yashav is used, it is God who is sitting. And where is God sitting? Over all the nations, higher than the skies the author says! God is first placed in that traditional role of overseer, looking down on all that God has created, from high above the distant clouds. The author does this to orient us, to remind us of our place in the grand scheme of things. It’s the author’s way of saying, “God is God, and you are not.” Just in case we may ever be tempted to believe otherwise. It’s not meant to be condescending, any more than a parent reminding their child who’s in charge of the household. However, that is not where the author leaves God. As impressive as it sounds for God to be sitting up in the clouds and ruling from on high, that is not where God ends up doing God’s best work.

God comes down. The author continues, “God lifts up the poor from the dirt and raises up the needy from the garbage pile.” God is not content to sit above the distant clouds. God is not content ruling from afar. God is not even content overseeing from the top of the tallest high rise from the world’s biggest city! No, God comes down—all the way down—to the very dirt of the Earth. No, even lower still, into the garbage piles of our lives, the psalmist writes. And why would God do such a thing? Why would a god leave a heavenly throne for this? The psalmist says, to lift up the poor, to raise up those in need, to bring life—life as dramatic as a barren woman becoming a mother in her own home.

Now, I don’t know how much you remember about world religions from history class but this god that the psalmist describes isn’t like other gods. Other gods might come down off their high horse but not to lift the lowly, they’d come down to put you in your place face to face, and by put you in your place I don’t mean kindly, I mean, forcefully, and probably angrily because you’ve made them come off their comfy couch in the sky! But not this God, the psalmist says. Our God comes down to get dirty with us, to get smelly with us, as God lifts us, as God raises us, as God brings new life into this oft-dead world we live in. That is the kind of god that the psalmist asks us to praise, by name! Because the psalmist doesn’t want there to be a shred of doubt in the world’s mind of who this amazing God is! 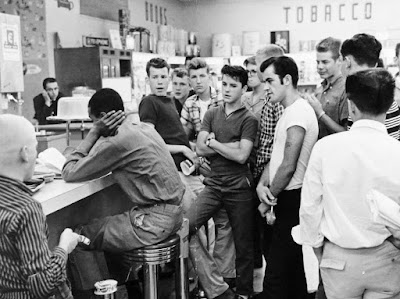 This is the God that we were called to praise way back when the Psalms were written, long before Jesus was a twinkle in God’s eye. And so, of course, of course this is the god who brought Jesus into the world, into the dirt and garbage and death of the world, to bring hope, and promise, and life. Of course it is this God who sends the Holy Spirit to continue that work with us even after Jesus is no longer with us. Of course it is, for God has been at this work of coming down to us for a long time—and will never stop. Thanks be to God. Amen.