A Nightmare on Lazarus' Street

This is probably one of the most well-known of Jesus’ parables. Maybe it’s because no other Gospel writer shares it, only Luke does. Maybe it’s because of all of the parables in all of the Gospels, this is the only one that has a character that is named. Or maybe it’s the vivid imagery. For me, it’s because it is so darn eerie! I mean, every time I read this I think, is this a parable or someone’s nightmare? Well, whatever it is, it helps with the sermon writing. Partly because of the rich images that Jesus uses, but also because it’s a difficult one for most of us to read and allow to sink into our hearts, if we are really listening to it. But before we get into all that, let’s take a look at the actual parable.

Now since we are reading through the Gospel of Luke this summer and fall, this parable comes right after last week’s reading, where Jesus said that we cannot serve both God and money. So, Jesus is technically still on the topic of money and wealth when he launches into this parable. And you may remember that I preached on the tension between this world, and God’s vision of the world, that we sometimes call the kingdom. With that in mind, let’s take a look at the differences between the rich man and Lazarus. The rich man is clothed in purple and fine linen, not just fashionable but expensive clothing. On the other hand, Lazarus is clothed in sores. The rich man regularly enjoys fine dining. Lazarus was left to dream about crumbs falling from the rich man’s table.

The rich man was used to having people wait on him. However, Lazarus had to be content being cared for by the local street dogs. The rich man is not given a name but interestingly, he knows the name of the poor man outside his gate, Lazarus, proving that this wasn’t an oversight, it wasn’t as though he just didn’t see him outside his gate. He saw him, he even knew his name. And then the most equitable thing in the story happens to them. They both die. And that’s where the equal ground ends.

The unnamed rich man dies, is buried, and goes to the place of the dead to be tormented in flames, and Lazarus is carried by angels to Abraham’s side. Oh how the tide turns. And let me just pause a moment a give you a quick reminder about parables. They are stories. They are not meant to be taken literally, and so are not windows into any kind of reality. And most importantly, no one parable can give us a complete picture of anything. They are very limited and should be treated as such, because it is very easy to take a parable, just like any analogy or metaphor, too far—but back to our story. Where were we, oh yeah, the rich man is being barbecued alive and Lazarus is with his new best friend Abe.

Then comes the eeriest part of this whole story, and it’s not the sore licking dogs, I actually think that’s kind of endearing, but maybe only a dog lover would get that, or maybe just your weird pastor. The eeriest part for me is the fact that they can communicate with one another! People from both sides, the place of the dead, and wherever Abe is, can talk to each other! I mean, that’s not just eerie, but how awkward would that be! Imagine looking down and seeing that uncle—you know who I’m talking about, we all have that uncle—and being like, “Hey down there, we all tried to warn you but you wouldn’t stopped talking long enough to listen to us!” Yeah, awkward!

But what really caught my eye this time, was the chasm, the great chasm between these two places. Another way to translate that might be abyss, or gulf, or even canyon. So think of the American River Canyon in Auburn’s backyard, but with no bridge, no trails or roads to the bottom, and Abraham and Lazarus are on the top and we are on the bottom. 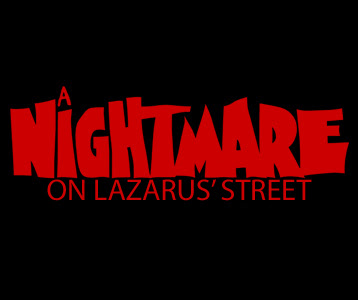 That’s right, we are on the bottom looking up. Jesus didn’t tell us this story for us to identify with Lazarus, he told us this story for us to identify with the unnamed rich man, in the hope that we will then change course. Much in the same way Ebeneezer Scrooge does at the end of A Christmas Carol. Think of this parable as a nightmare of a possible future that the ghost of Christmas future has given us. But remember, don’t take it too literally—we don’t take our nightmares literally do we?

So how do we change course? How do we wake up from this nightmare and what then do we do with the rest of our baptismal lives? My mind returns to that great chasm, the great chasms that we experience in our world. And the many people who fall into them. My mind turns to the vivid images from this past week of Terence Crutcher, an unarmed black man whose car had stalled in the middle of the road, who was gunned down by a police officer. One more child of God fallen into the great chasm of racism.

And my mind also turns to all those children of God who have fell victim to rape, who have fallen into the great chasm of sexism and misogyny. And that great chasm doesn’t just take the rape victim but it also takes their families, the rapists and their families, and the children growing up in those families where the cycle of violence against women continues, why because the great chasm is not prejudiced, is not biased, it will welcome all into its depths.

And my mind turns to all those of other religions in our society who have to endure so much more than just childish intolerance but have to endure hate and violence just because they happen to be born into a family who calls God by another name. More children of God fallen into the great chasm of Islamophobia, Antisemitism, or some other xenophobia. And once again it’s not just the victims who fall into the great chasm but all involved, all who participate, all who participate in these cycles of hate—because the great chasm is not prejudiced, is not biased, and will welcome all to its deathly depths.

I could give you more examples but I will stop there. And it’s not just the victims and the perpetrators that fall into the great chasms of this world but it’s all of us. When one of us falls into the great chasms of this world we all fall into it! But we rarely see it that way, and there’s the problem. As we sit in the comfort of our homes and watch these vivid images on our big screen TV’s and see people falling, do we feel the ground beneath our feet fall out from under us too? When we scroll through our social media feeds and see the vivid images of our fellow human beings falling, do we brace ourselves for impact? When the rich man saw Lazarus outside his house, day in and day out, falling into the great chasm of poverty, did his stomach growl?