How to Respond to the Closing of a Congregation 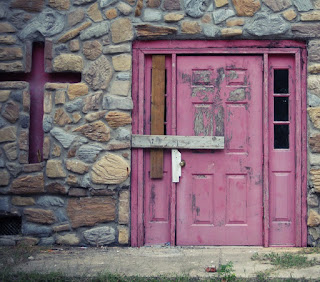 I'm about to start a new call, because the last congregation that I served closed. Allow me to elaborate because I get a lot of confused looks when I say "closed". The congregation permanently shut down. It did not move, it did not merge, it is not on hiatus; it is no more, it is gone, it is closed.

And it is not alone. Congregations throughout the country are increasingly faced with the option of closing. What I am about to write is for the sake of the members of congregations who are going to close in the future, because many more will, and they will need your compassion.

A question I am faced with all too frequently is, "So what happened?" I am utterly floored each and every time I hear this.  A whole host of emotions swell within me: pain, anger, confusion, sadness, irritation, etc. Some of these emotions are not directed at anyone in particular but sometimes they are directed at the questioner. And here's why.

Now when someone tells you of the death of a loved one, do you ask, "So what happened?" I'm guessing you don't. I'm guessing that you compassionately say things like: "I'm so sorry to hear that." Or, "I'm here if you ever want to talk." Or simply, "How are you doing?" Or maybe you don't even say anything and just offer a hug! All of these are beautiful responses!

Why should our response to the death of a congregation be any different?

The people that ask me, "So what happened?" are not careless, compassionless people. Quite the contrary! So why do I keep running into this cold question? I think there are a few reasons. Some may get nervous. Some may not know what to say, hence this blog post. Others may be curious. But I think the number one reason is that it is still rather odd, and rare, to hear about a congregation closing, and people don't have a whole lot of context to process that news.

But here's the sobering truth, congregation closings...congregation deaths...are becoming more and more common. I won't get into the reasons why, there are already a ton of great articles you can find about that. What I want to leave you with is a desire to rethink how you might respond when someone shares that their congregation died. Think about how you respond when someone shares the death of a loved one with you, and respond likewise.
Email ThisBlogThis!Share to TwitterShare to FacebookShare to Pinterest
Labels: closing, compassion, congregation, death, questions, stages, thoughts